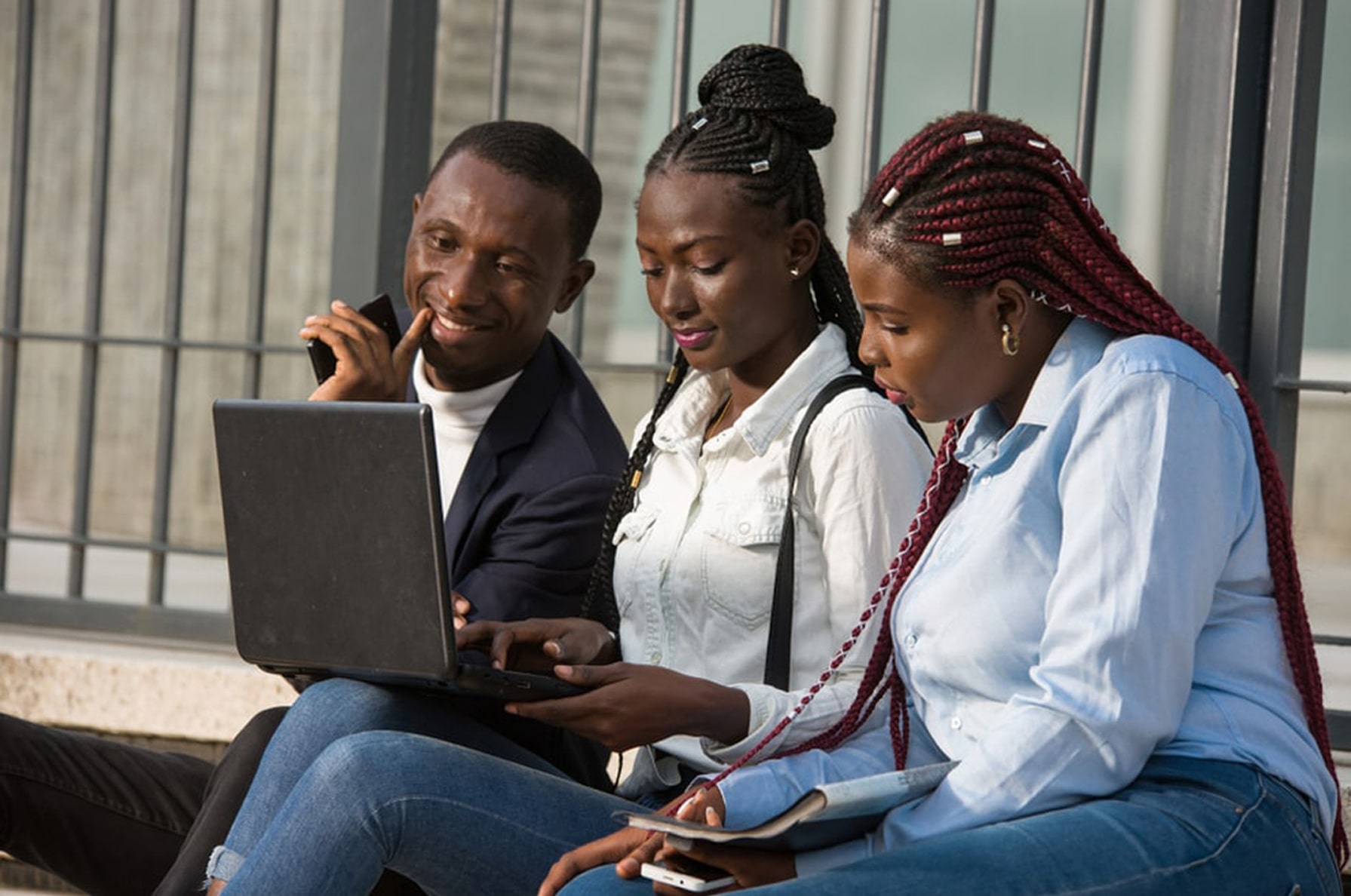 Technology and tech talent have no borders; they're a global.

For today’s techie’s, internet access, coupled with a commitment to the craft, is enough to compete regardless of your geographic location.

Over the last decade, Africans on the continent have drastically increased their input on the global tech ecosystem. Last year, creating 40% more open source repositories on the software engineering marketplace Github — a higher growth percentage than any other continent.

Not only are Africans contributing more, but the community is expanding. In 2018, Nigeria had the fourth-fastest growing developer community on Github.

Hoping to tap into the continent’s growing talent pool, companies are embracing the distributed engineering team model and hiring some of Africa’s best tech talent.

However, being hired by one of the tech giants or a bubbling start-up in the valley is not an easy task. It often requires embracing a lengthy recruitment process, inclusive of all things from technical screenings to coding and algorithm questions.

In the U.S. alone, the average length for hiring a software developer is 40.8 days. For African developers, looking to land a remote job with an American or European company, it could take months.

WeJapa, a platform helping techies gain access to tech jobs across Africa, Europe, and North America, is shortening the timeline from application to decision. By focusing on the techie’s skill set, WeJapa is removing many of the barriers to entry set to exclude Africa’s tech talent.

I spoke with Favour Ori, Software Engineer and founder of WeJapa, about the value the platform provides to techies across Africa, what it takes to be a world-class developer, and how he was able to sell two apps (Tugure and College Situation).

I was born and raised in Nigeria, and I came to the U.S. in 2018 for college to study Computer Science.

While in the U.S., I became friends with a lot of founders, and they were always looking for developers to build their MVP, so I used to connect them with developers back in Nigeria. Also, while in Rwanda, I had a lot of friends who were also looking for Nigerian developers.

I started out making the connections for people, but earlier this year, I got really busy and didn’t have time.

I thought, why don’t I build an app that automates the process so instead of coming through me, they can post the job they want to hire for, and then developers on the app can apply for the job. That’s how WeJapa started.

What role did empathy play in building WeJapa?

When you’re building for someone, you have to be able to empathize with them.

My approach is getting feedback while building, not when I’m done.

Whenever I want to build a product, I put it out for people to see and make suggestions. I don’t hide my ideas. For WeJapa, I posted on Twitter, “Hey, we’re building this thing, so tell us what you want to see in the app.” And people responded with feedback.

When it came to building a product that was not only empathetic in its features but also in its experience, we made sure WeJapa was straightforward.

When you download the app, you create an account that allows you to apply to any job on our platform. Ordinarily, when applying to multiple positions, you spend time adjusting your resume and cover letter to fit each company/role.

On the WeJapa platform, you can apply to hundreds of jobs with just a single account. It simplifies the process.

Getting a job in Africa is really difficult, especially the tech jobs. Applicants have to go through a rigorous process. Three months to four months of preparation, with no certainty that they’ll land the job at the end of the day.

Our process is transparent through each step, and we focus on your skills, not resume or cover letter. Our interview is an actual test, not an algorithm. If you’re an Android developer, we’ll give you an Android project to work on, and if we’re impressed, we’ll give you the job.

In two weeks, 17 people on our platform have landed jobs. We have companies that are hiring actively. It’s just how fast can we match developers with the jobs available.

What message do you have to people submitting their profile to WeJapa?

We’re mostly looking for junior and mid-level developers with a decent portfolio. We need to see what you’ve done to be approved. If you’ve had an internship or collaborated on a project, show it on your profile.

If you don’t have that, are you on Stack Overflow answering questions? Have you contributed to tech in any way?

We’re not going to give you an account if you just have one codebase. The best way to get in is by listing everything you built or had a meaningful contribution.

What is your vision for WeJapa?

Someone told me that I’m trying to cause a brain drain in Africa, which is a lie. That’s not the goal.

I have friends who complain every day about their pay.

Earlier this year, there was a competition on Twitter where developers posted what they earned. American developers were saying I work at Facebook, IBM, etc. and earn $10,000 a month.

When it was time for Nigerian developers to post their income, I saw that people were making less than $12,000 a year. Even though the cost of living is low in Africa, that’s not a developer’s market value.

Some developers working for Nigerian companies are paid $640 a month, for that same job, with the same requirements, as someone in Germany getting paid 4000 euros. The margin is so much.

Also, even if people leave the country, Nigeria will still benefit. If they stay abroad, they’ll most likely be sending money back home. And if they come back, they’ll be returning with exposure.

My vision for WeJapa is rooted in empowerment. Transforming someone from earning $500 to earning $7000 would be impactful. I want to make sure that thousands live a better life as a result of the platform.

From your perspective, what does it take to be an African developer that’s considered world-class?

I’m currently teaching people how to use IBM Watson, a platform where you can build chatbots powered by A.I. So, if you’re still using an old chatbot or don’t even know about “IBM Watson,” you can’t consider yourself a world-class developer.

You have to be following the world trends in tech and adapting to change.

In March, I sold an app called College Situation to a company in Dubai for $70,000 (₦22 million). College Situation is a complete package for international students that want to study abroad in the U.S. Some of the app’s features include:

When I came to the U.S. for school, I had friends asking how I did it and to help them. While assisting people, I decided to build an app that could automate the process.

In December, I cold launched it, and in January, I did a full launch, and a company in Dubai reached out, flew me to Dubai, and bought the app.

Two months later, in March, I came to Rwanda for a project that I’m part-time CTO. While here, I discovered that all the ex-pats use Facebook groups to sell their stuff since there was no Craigslist or Offer Up.

I decided to build an Offer Up clone tailored to Rwanda called Tugure, which means let’s trade in Kinyarwanda. On the app, people can buy and sell new or used products.

I was about to launch it, but someone reached out and bought it for $17,000. So I sold two apps in a span of three months. People ask how I get these ideas, but I don’t sit down and think about products to build, I solve my personal problems.

I wanted to study in the U.S., and it took me a year of googling and many applications to gain acceptance. I built an app because I didn’t want other people to experience the same problems I endured in my application process.

Landing On A Sell Price:

College Situation was fairly new, but I had about 300 plus users. It was subscription-based, so people paid two dollars a month and $20 a year.

To determine a fair price for selling the app, I made posts on sites where you can sell apps to get an estimate. I came to the table with a range, and it was a negotiation until we settled on a price.

Thank you! Your submission has been received!
Oops! Something went wrong while submitting the form.
More related stories, just for you
Fashion E-Commerce – Building a Platform for Made in Nigeria Products
Meet the Developer Taking on Africa's Mobile Gaming Industry