How Alliance4AI is Using AI to Bring Prosperity to Africans Worldwide 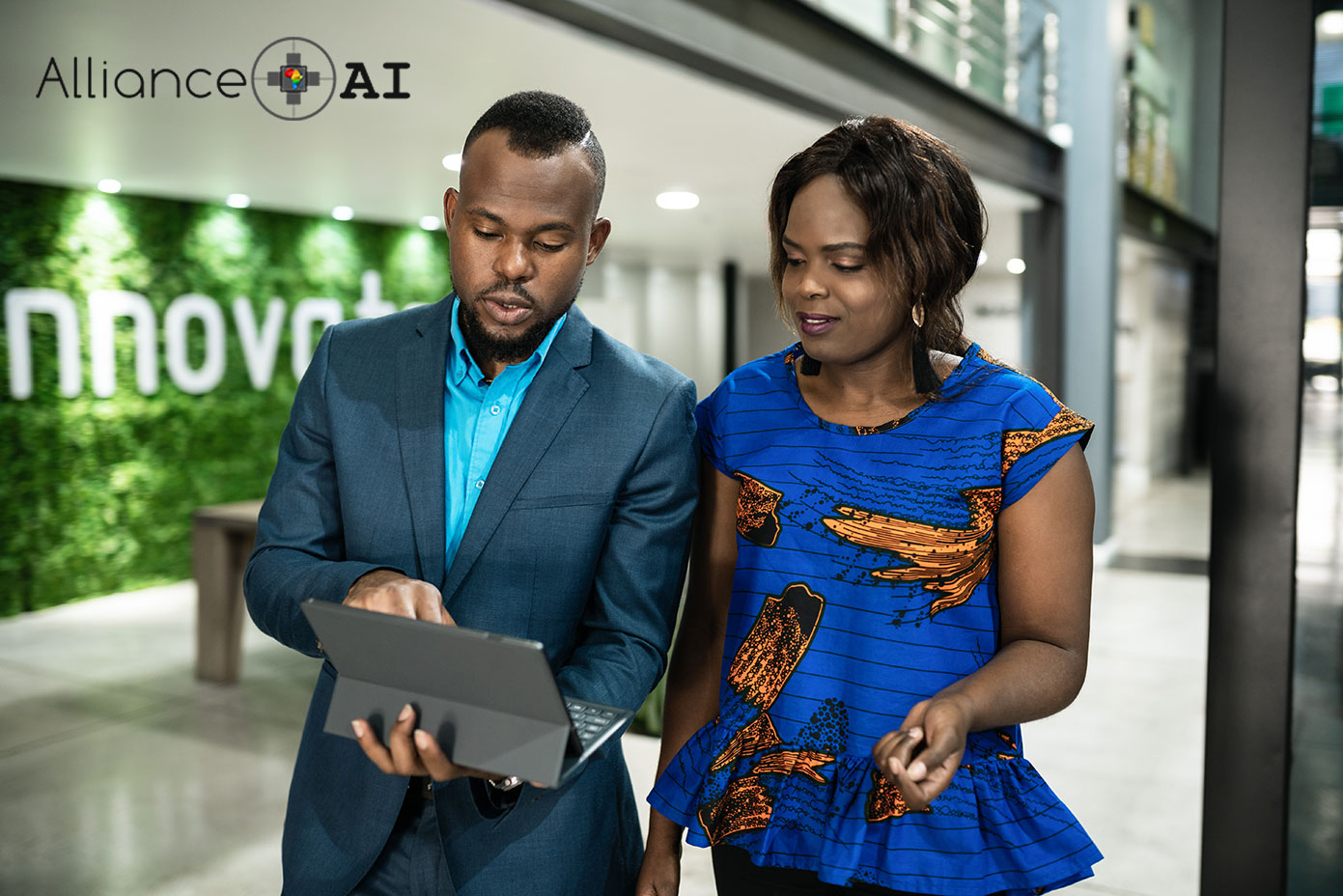 “If we built just five percent of the things that we use, our lives would transform. Things would get cheaper, and our countries would get more respect from the world.” — Alexander Tsado

Recently, I connected with Alexander Tsado, CEO of Alliance for Africa’s Intelligence (Alliance4ai), a non-profit that aims to help Africa’s ecosystem realize the promise of Artificial Intelligence. In his interview, we discussed his journey to creating Alliance4ai, some of his favorite African AI companies, and how the diaspora can engage with Africa’s tech ecosystem.

How did your journey lead you to create Alliance4ai?

I started from a very humble place in Benin City, Nigeria, and I climbed to the summit of the tech world, becoming one of a handful of product managers at the most important artificial intelligence company globally, NVIDIA. I was the only African on my team. It was there that I realized something needed to be done to bring inclusion to the development of world shaping technologies.

At NVIDIA, we made the hardware that makes modern AI plausible, and every year it got three to five times faster, enabling large organizations like Google and the military to build technology for the future. We could better predict the weather, earthquakes, discover drugs, and many great things.

As time continued, these technologies were becoming personalized for the people building them, and seeing that I was the only African in my group, you can imagine that the industry is less than one percent black and brown people. I knew that without our input, the technology would become harmful and, in my view, genocidal to black and brown people. So I decided to form Alliance for Africa’s Intelligence to combat this issue.

What is the focus of Alliance4ai?

We are a key ecosystem builder in Africa for AI. We provide services for three entities:

Governments: We advise African governments on how to write AI policy.

Education:  We connect with educational institutions and provide curriculums to ensure people are building responsible and ethical AI. We also have student clubs that expose students to AI.

Startups: We add African AI-centered startups to our list so people can find them. We also keep them informed with updates from the UN, UNICEF, and other organizations interested in connecting or investing in AI-centered companies.

In the West, when you’re starting a new company or organization, people advise you to work on one thing and one thing only. That is a privilege. You can’t do that in an emerging market because the infrastructure is not there.

When you start a company in the West, you’re usually adding to the infrastructure that’s already in place. It’s like adding a brick to an existing wall. That’s not how it works in developing markets. Look at Alibaba. They do everything in their value chain. Alibaba is what you call a Tier 4 retail player, which is one tier above Amazon. In Africa, Indomie, the noodle company, they’re integrated across their entire value chain as well. It’s a necessity. If you don’t, the system will destroy you.

For Alliance4AI, we looked at what triggers an entire ecosystem to come alive, and we found there are more than seven levers that need to be moved. As a young organization with little funding from friends and family, we picked the most important three, that if done well, would empower others to take on the other four. That’s how we selected government, education, and startups.

What are 3 AI solutions being built by Africans that excite you most?

The CEO Sara Menker, a few days ago, made the cover of Time magazine. She’s built what is now one of, if not the largest, companies in the entire world that processes agriculture data. And once processed, that data feeds to organizations across the world.

Financial markets are based on her work. Companies in New York leverage her information to trade on commodities. Organizations that are thinking about food security use her data to understand how to improve food processing across the world. She’s truly phenomenal, and they’re doing incredible work at Gro Intelligence.

I’ve worked with InstaDeep and its co-founders Karim Beguir and Zohra Slim for four years now. They are an AI research company based in Tunisia. Over the years, they have grown from two people, two laptops, and a dream, as Karim likes to say, to a CB Insights top one hundred company for the second year running. They are also one of the three elite partners for NVIDIA.

They’re doing incredible work around the world, like contributing to the UK COVID-19 vaccine, and their engineering base is fully African. Three years ago, we cooked up a plan to find computer scientists and take them through a 6 – 9 month training program to become ML researchers that rival folks at the largest companies.

Researchers from DeepMind in the UK, ranked the number one AI research place in the world, have left to come and work at InstaDeep. That should tell you something. Today, they have engineering shops in Tunisia, Nigeria, and Kenya, with South Africa coming soon.

Zindi is the first data science competition platform in Africa. The founder Celina Lee is amazing. She’s building a hackathon platform where companies can post whatever problem they need to be solved, and their network of 25,000+ data scientists across Africa will compete to solve it. 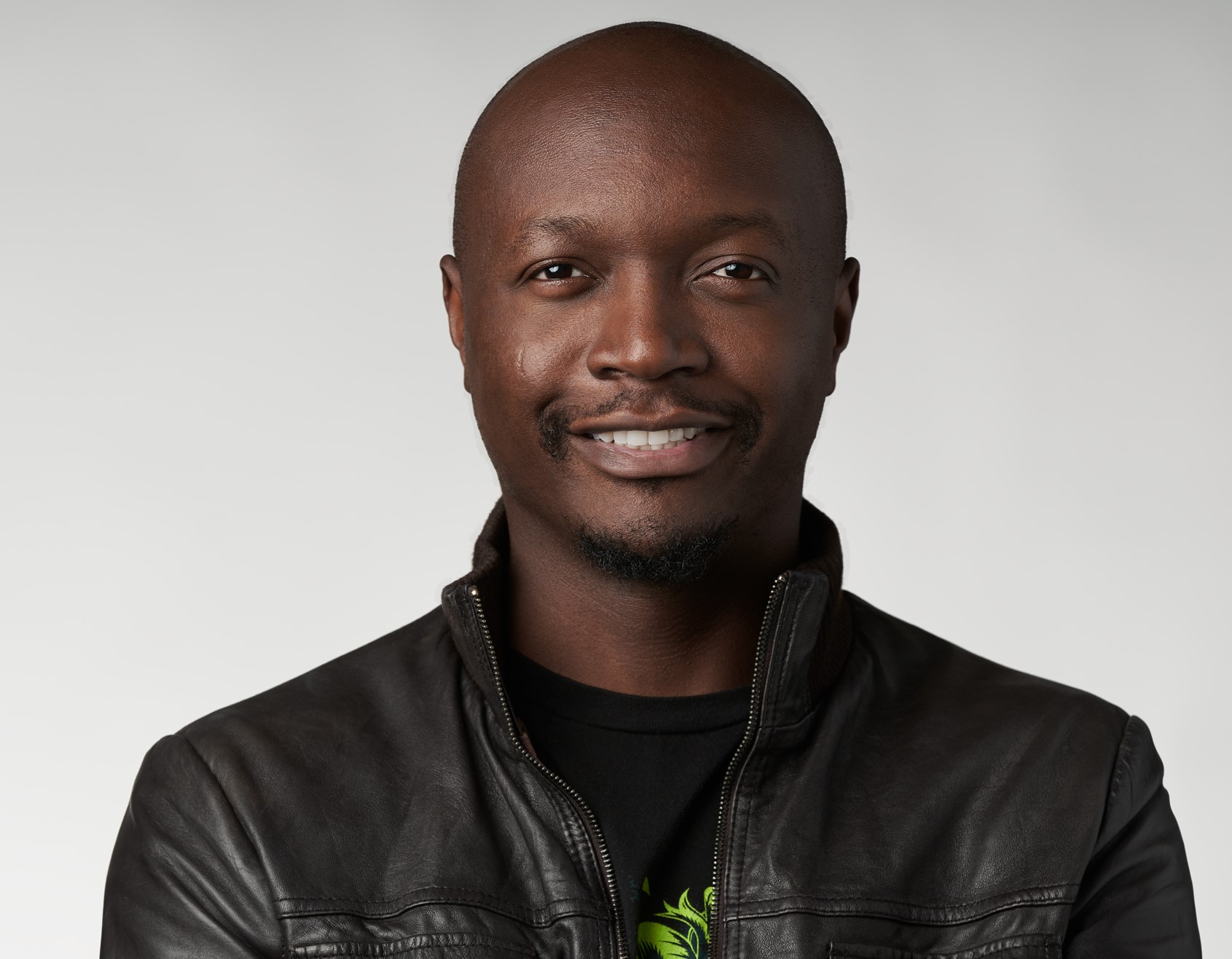 In the US, we are using AI to figure out what Netflix movie to recommend or what bag to sell someone. All centered around making more money. In Africa, there are basic needs that when met, can provide cheaper more effective solutions for the rest of the world, just like how we brought effective mobile banking to the world with M-Pesa.

People also don’t have access to doctors in villages; that’s an untapped need. You can create a solution so that millions of people no longer need to travel five days with their life savings to find out they have a common cold and create jobs for thousands of doctors who can now diagnose diseases virtually. Truly transformational work.

Also, most people think that AI will not work in Africa because there’s no internet connectivity. Wrong. WeFarm, a Kenyan-based startup, built an AI service that responds through text messages. They have over two million farmers on their platform exchanging information daily, translating to a 60% increase in yields. They’ve changed lives.

What Alliance4ai has already done is it has given African developers a platform to talk about what they do. Last year, we convinced the UN’s AI for Good Global Summit, which is the largest platform in the world, that there must be African representation, and we got to plan two panels.

We’ll continue to fortify and strengthen those channels from the AI for Good Global Summit to the World Economic Forum. And serve as a platform that’s telling our stories and sharing what we do so people can discover us, invest, and participate.

I’m most excited about our student club program - Alliance4ai FutureMakers. We now have six student clubs. We want the clubs to go across the African continent and the entire diaspora. My dream is that several years from now, we’ll have 100+ clubs training 10,000 people yearly, all of them connected, who understand African values, African heritage, and AI, and are poised to use technology responsibly to develop thriving societies.

I engage with leaders of the largest companies, think tanks, deans of business schools, and the current sentiment is that America is heading for a bad place, and it was introduced by the opportunistic use of technology like AI. It is destroying democracy in America, and now we are trying to course-correct.

My message to people in Latin America and Africa thinking about adopting AI is to go a different route. The usual route is to copy what America is doing, but America did it wrong. Do it differently. Don’t build AI on opportunistic capitalist values. Build it on African values, thinking first about community, regeneration, and sustainability. Build it with human beings at the center.

Also, when people say AI is going to destroy jobs. That’s not true. It’s the person who built the AI. You can choose to destroy warehouse jobs with AI because all you want is efficiency, or you can build AI that is a tool that creates millions of jobs and creates a sustainable planet. What are you going to do? You decide. It’s in your hands.

Ask yourself this question, from the time I woke up in the morning to when I went to sleep, what percentage of the things I used were built by myself, by somebody I know, or by somebody in my country. That number has to be higher.

In America, it’s probably more than 50 percent, and in Africa, it’s less than one percent. Come on, let’s get it to at least five percent. If we built just five percent of the things that we use, our lives would transform. Things would get cheaper, and our countries would get more respect from the world.

Engaging the diaspora. Tips to people in the diaspora interested in getting involved in Africa’s tech ecosystem?

I’ve spoken at almost all the top business school conferences, and I’m frequently asked this question along with when should I move back if they’re an African that came to America, or when should I travel back for those in the diaspora. These are good questions to ask, but I’ll say you’re extremely limiting yourself.

Recognize that you can do a lot before moving or traveling to Africa. Wherever you are, you can be an evangelist. The media tells terrible stories about the continent, but you can tell the truth. You can tell the bad, but also tell the good and the great.

At my MBA program, I always made sure every conference had an African panel so people could hear about African stories. As I mentioned, I was the single African at my workplace, and whenever given the opportunity, I’d say to the CEO, here is an African you can meet with.

Because I had that mindset, CEOs of the largest African companies started reaching out to me because they knew that I could connect them to the CEO of NVIDIA. Now the CEO of NVIDIA and I have a relationship. Had I not done that, I would be a random worker in the company. Instead, my approach was, I have a continent you guys don’t know about. I’ll be your link to it. Everyone in the diaspora can do the same.

Thank you! Your submission has been received!
Oops! Something went wrong while submitting the form.
More related stories, just for you
Dillali the Income & Expense Management Tool for African SMEs
Bantaba is connecting African startups to the talent and resources of the Diaspora