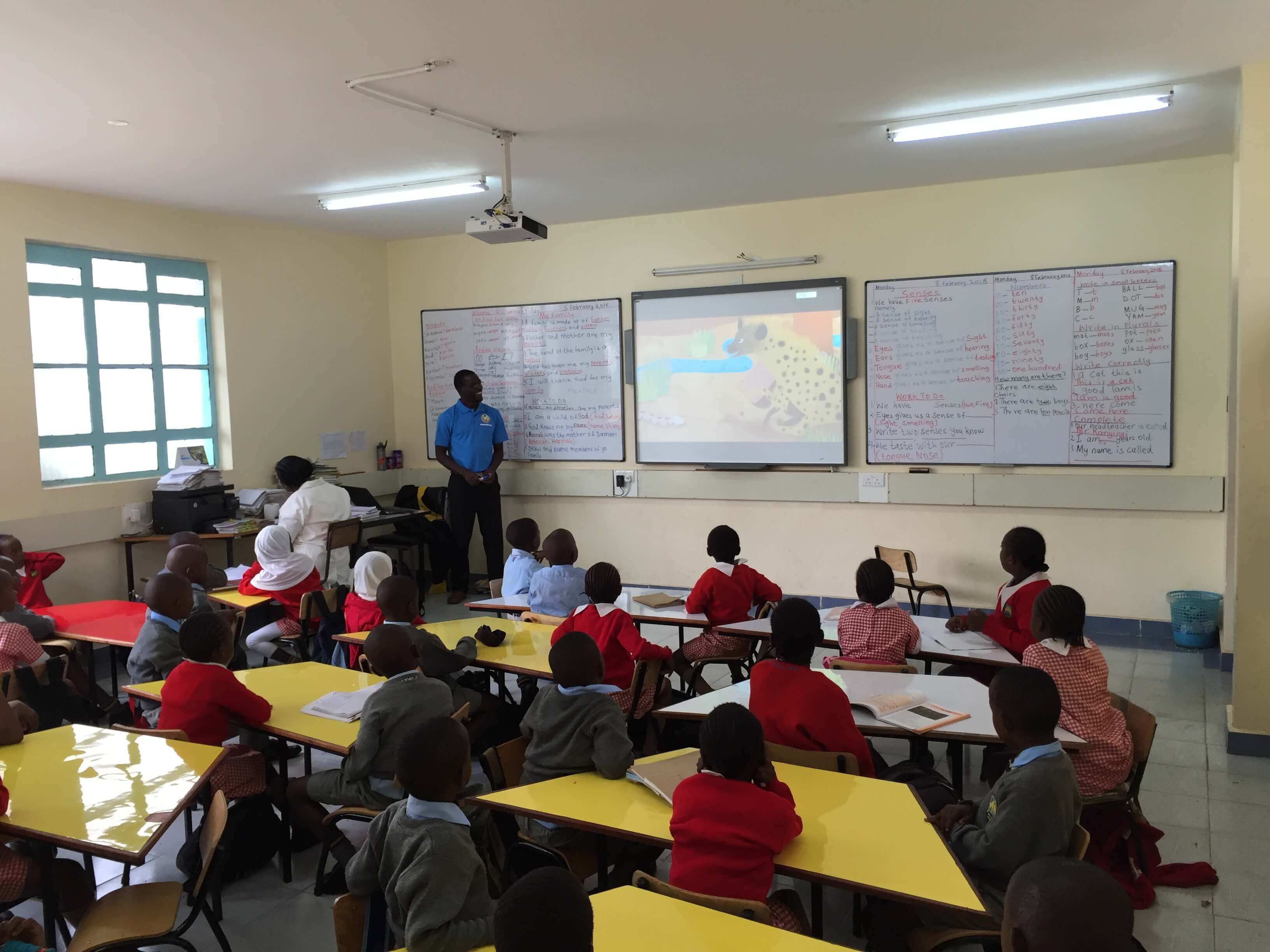 According to Digital TV Research, Internet TV in Sub-Saharan Africa will increase from $223 million in 2018 to over $1 billion by 2024.

As television shifts to streaming, delivered over the internet rather than through the airwaves, companies are racing to dominate the African internet television market.

The uptake in smartphone use has driven this shift.

However, despite the internet’s ability to reach a global audience, creating and curating content that speaks to the local consumer is critical.

With the continent’s population set to double over the next 30 years, it’s never been a better time to create content or build platforms that speak to African people.

Standing on it’s “trust culture” mantra since 2013, DreamGalaxy TV is the #1 Multicultural streaming platform. Founded on the belief that everyone has (everything is) a story and that every story matters, the platform provides culturally relevant digital content in the form of digital stories, animations, docs, shorts, and films.

I spoke with Brian Asingia, CEO of DreamGalaxy TV, about building the platform and the challenges he faced, differentiating their application from its competitors, and Tech in Africa.

What is DreamGalaxy TV, and why did you build it?

I bought the (DreamAfrica, former name) website domain in high school, but I did not start the company until 2013 with my Kenyan-American co-founder Franco Abott.

I’m originally from Uganda and moved to the US in 2006 to finish high school at United World College USA. What inspired DreamGalaxy was the lack of inclusivity in the media.

After graduating from college as an electrical and computer engineer, I worked at the New York Stock Exchange, where I helped with their automation transformation. I saw the capabilities of technology with the right engineering. I learned the importance of designing and optimizing for scale.

We launched DreamGalaxy TV while I was still at the New York Stock exchange. Over the past seven years, we’ve been through several pivots and transitions, but today our platform curates and distributes entertaining, educational, and informative multimedia content globally.

As a company, we believe everybody has a story and that every story matters. Our tagline “trust culture” really captures our essence.

We realized early on that identity was a key driver. People wanted to see themselves on the platform. Success for us is increasing the number of countries, languages, cultures, and people we represent.

To date, we’re in 46 countries across Africa (129 countries globally across 1100 cities), and I can confidently say that at least 2/3 of the continent has interacted with our platform.

What role did empathy play in building DreamGalaxy TV?

Empathy is critical. It affects how we make business and technical decisions.

From a technical perspective, we are mobile-first, and Android focused because it allowed us to reach over 90% of the African, Diaspora, and emerging markets demographic through the various supported devices: Smart TV, Amazon, Samsung, Chromebook.

Even though it’s easier to convert on IOS, we built the platform for the people, and the people are on Android. Also, Apple right now gets about a 30% cut while on Android we’re able to integrate our own payment system and give 80% of the funds back to the content creators.

What were some of the biggest challenges you faced building DreamGalaxyTV?

Initially, branding was one of our biggest challenges because nobody knew us. The communities we wanted to help were skeptical. Over the years, we’ve had to earn their trust.

The other challenge we faced was balancing supply and demand. Listening to the data has helped us manage it a lot better. It tells us the language people watch in and where they’re watching from.

Since we’ve been around since 2013, the bulk of our systems are built. We only have to make simple patches and improvements here and there, which allows us to focus on the user experience. 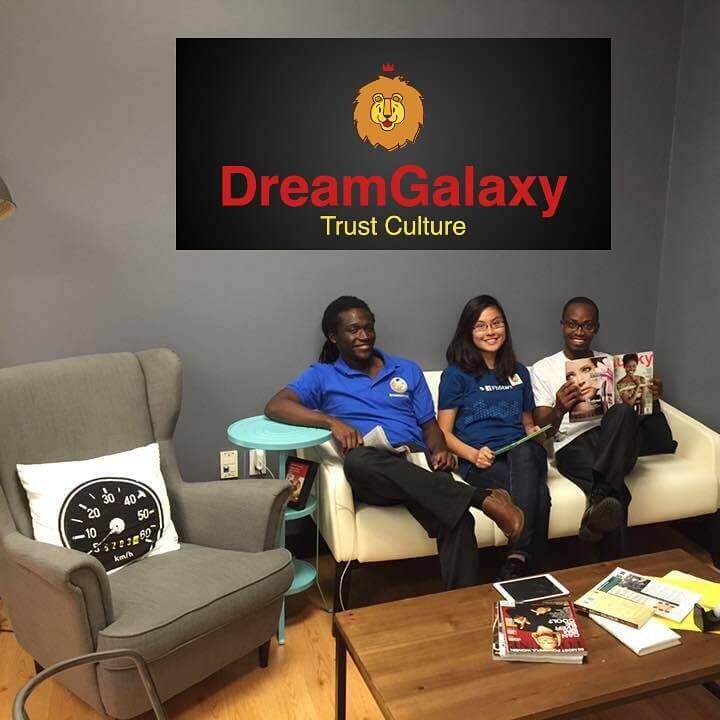 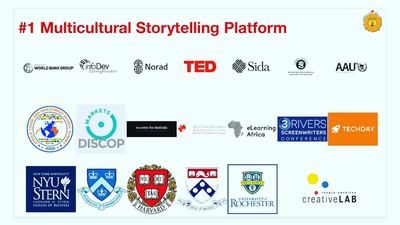 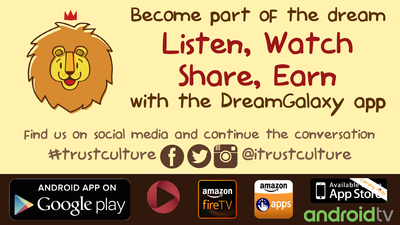 How do you build successful solutions in Africa?

In my book, the Last Digital Front: The History and Future of Science and Technology, I mention four things,

Identity — know who you’re building for, which includes their digital identity. How do people authenticate and/or gain access? In Africa, that means mobile SMS authentication. ‍

Ownership — Open source is not going anywhere. Rather than create things from scratch. Build on what exists. As Africans, we don’t have time to build everything from scratch because we’re trying to catch up with the world.

Trust — I think Blockchain like the Akoin cryptocurrency will help, but trust is critical. That’s why most of our analytics are public. Also, with our payment system, we support multiple ways to disperse like MobileMoney, Paypal, etc.

Scale — design for scale, leverage the cloud, or, in some cases, telecom partnerships.

Kwame Nkrumah said, “I am not African because I was born in Africa, but because Africa was born in me.”

In short, Built In Africa represents products built by those who, like Kwame Nkrumah, Africa was born inside of them.

Message to the Diaspora:

One of my frustrations, which is also an opportunity, is the continent and the diaspora’s relationship. I genuinely believe we are so much more powerful together, but it starts with building a relationship; that’s our foundation.

Also, to those living on the continent, life is not all great here abroad. Contrary to your belief, the opportunity is in Africa. I know it sounds like lip service because we’re still here enjoying the “good life.” And yes, we have newer computers and our internet is faster, but the opportunity is there.

Thank you! Your submission has been received!
Oops! Something went wrong while submitting the form.
More related stories, just for you
How Nigerian SME lending startup Payhippo plans to become the business bank for Africa
Meet the South African ethical hacker tackling cybersecurity challenges