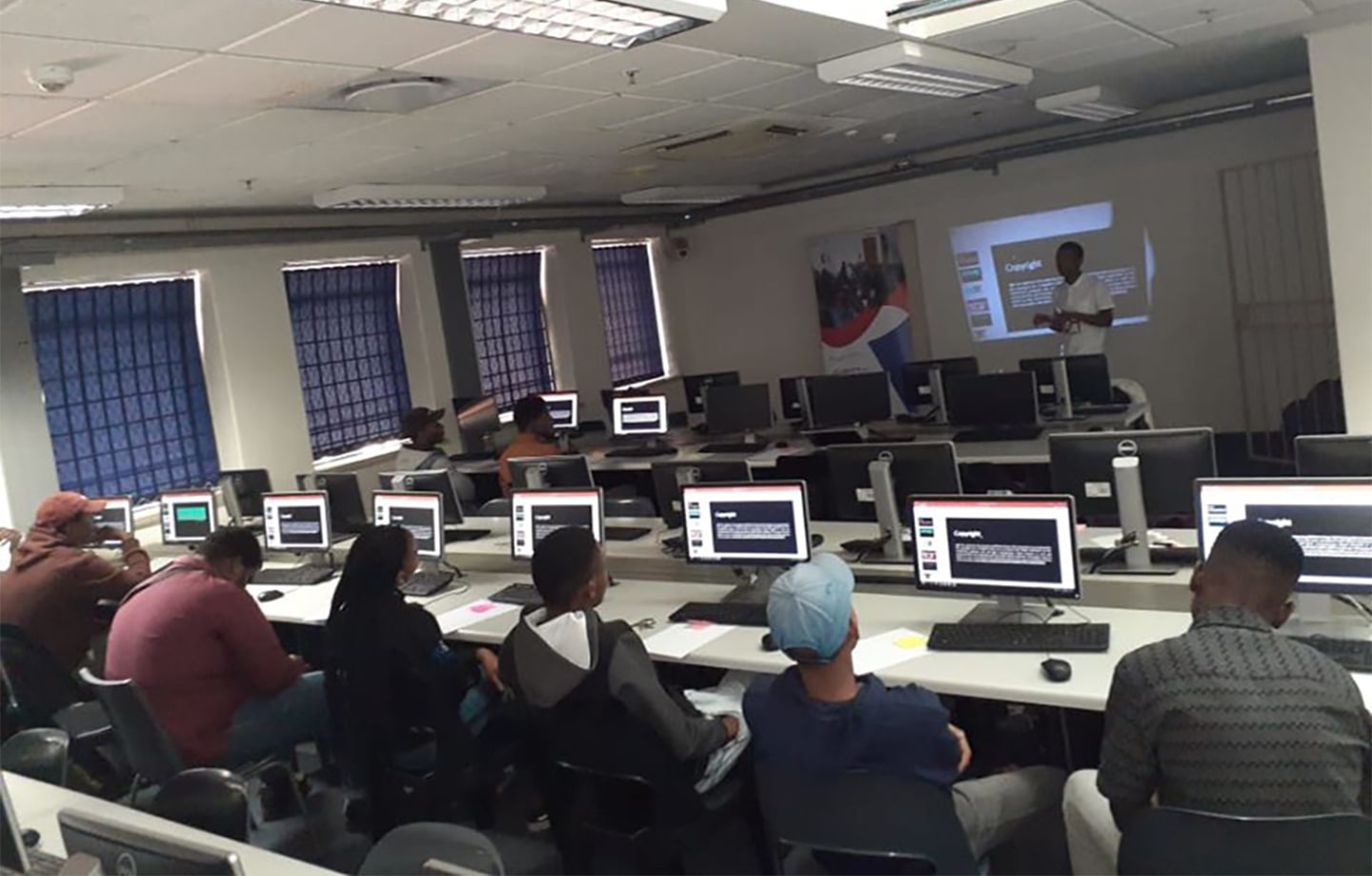 The Fourth Industrial Revolution (4IR) is set to change the way we live, work, and function as individuals, companies, and governments.

With emerging technologies like Artificial Intelligence (AI), the Internet of Things (IoT), and cloud computing, 4IR will impact all disciplines, industries, and economies.

However, despite its ability to make humans more productive, the looming uncertainty of its impact is unsettling for many, as countless jobs are at risk of disappearing due to automation.

Leaders within Africa, the youngest and fastest-growing continent in the world, must strategize how to upskill the next generation with digital skills.

In South Africa, while the government prepares for change with STEM education, individuals, like Diketso Setho, are creating programs to lead the next generation into 4IR.

Founded on the belief that coding is the key to the future, Ghetto Heroes Tech Innovation is a non-profit igniting the curiosity for technology in South African youth from disadvantaged communities.

By hosting programs and events in different townships centered around coding and innovation, they hope to bridge the gap by starting with young minds.

I spoke with Diketso Setho, the Chairman of Ghetto Heroes Tech Innovation, about teaching coding to 1,000+ kids, the importance of preparing the youth for the 4th industrial revolution, and Tech in Africa.

How did your journey lead you to create Ghetto Heroes Tech Innovation?

I started my programming journey five years ago. I was in high school when a friend of mine asked me to create an online radio for our school. I declined because I wasn't into science at the time, I wanted to be a lawyer.

A few months later, he made another request, but this time he wanted me to create an online magazine. Curious about how websites were built, I accepted the challenge, and that's when my self-taught programming journey began.

After high school, a few friends and I wanted to start a technology company where we'd do computer and network maintenance for businesses. Since we were young and had no professional experience, we knew it wouldn't be as simple as reaching out to businesses and asking them to be our client as they'd likely already be working with an established company.

Searching for another route, we decided to create an NGO to teach the youth how to code. We created Ghetto Heroes Tech Innovation to bridge the gap between the fourth industrial revolution (4IR) and South African youth in disadvantaged communities.

What are the different Ghetto Heroes Tech Innovation initiatives?

Currently, we have three main initiatives:

Code Tembisa was our first initiative, and it's dedicated to introducing coding to youth in the Tembisa community. We host events at public libraries and invite the youth and introduce them to coding using The Code Editor. All they have to do is come with their own laptop, and we provide Internet access.

Cheri means girl in a South African language, 4IR Cheri is an initiative that hopes to bridge the gender gap between men and women in the technology industry. To do that, we promote careers and opportunities surrounding 4IR to girls.

We host webinars to instill curiosity in the various 4IR subjects and share how they can prepare/participate.

Kasi means Ghetto in our language; Code Kasi is an initiative dedicated to all of South Africa. We are building a system that will enable us to go beyond our community and reach out to other parts of the country.

Due to COVID-19, we haven't had the opportunity to host events for the past two months, so we're building an online learning platform. Since COVID-19 started, people have been contacting us, asking how they can continue to learn while at home.

We put together an online curriculum and tested the three courses we have, and they were successful.

Can you share how the youth are benefiting from participating in the various GH Tech Innovation initiatives?

Most participants join our program without any knowledge of coding, and sometimes, they don't even know the meaning of the word code. They're unaware that the games they play and the websites they use all require programming.

We get them interested by saying, "Do you want to learn how to create games or build a website?"

Our programs center around projects, not theory.

Our workshops take about four hours, and within that time, our curriculum includes projects like, build a blog for this client. Our goal is to give participants practice utilizing the skills that we are teaching. And empower them with a complete project that they can put on their Github and start to build their online profile.

Why is it so important to prepare the youth for 4IR ?

South Africa is at the beginning of 4IR. And unfortunately, most people have a negative perspective. They think about how technology will replace some jobs or the repercussions of 5G.

As an organization, we realized that people focus on the challenges 4IR will present due to a lack of knowledge. But technology isn't a bad thing. If it were our president, and countries around the world wouldn't be promoting it to their youth.

Although technology will eliminate jobs, it will also create jobs. The thing is these jobs will require some technical skills. But where will those people come from if we don't produce them while they're still young? What will happen if we don't give them the correct knowledge now, so they're prepared when they're older?

Lastly, as South Africans, we don't need to be consumers; we need to be producers. 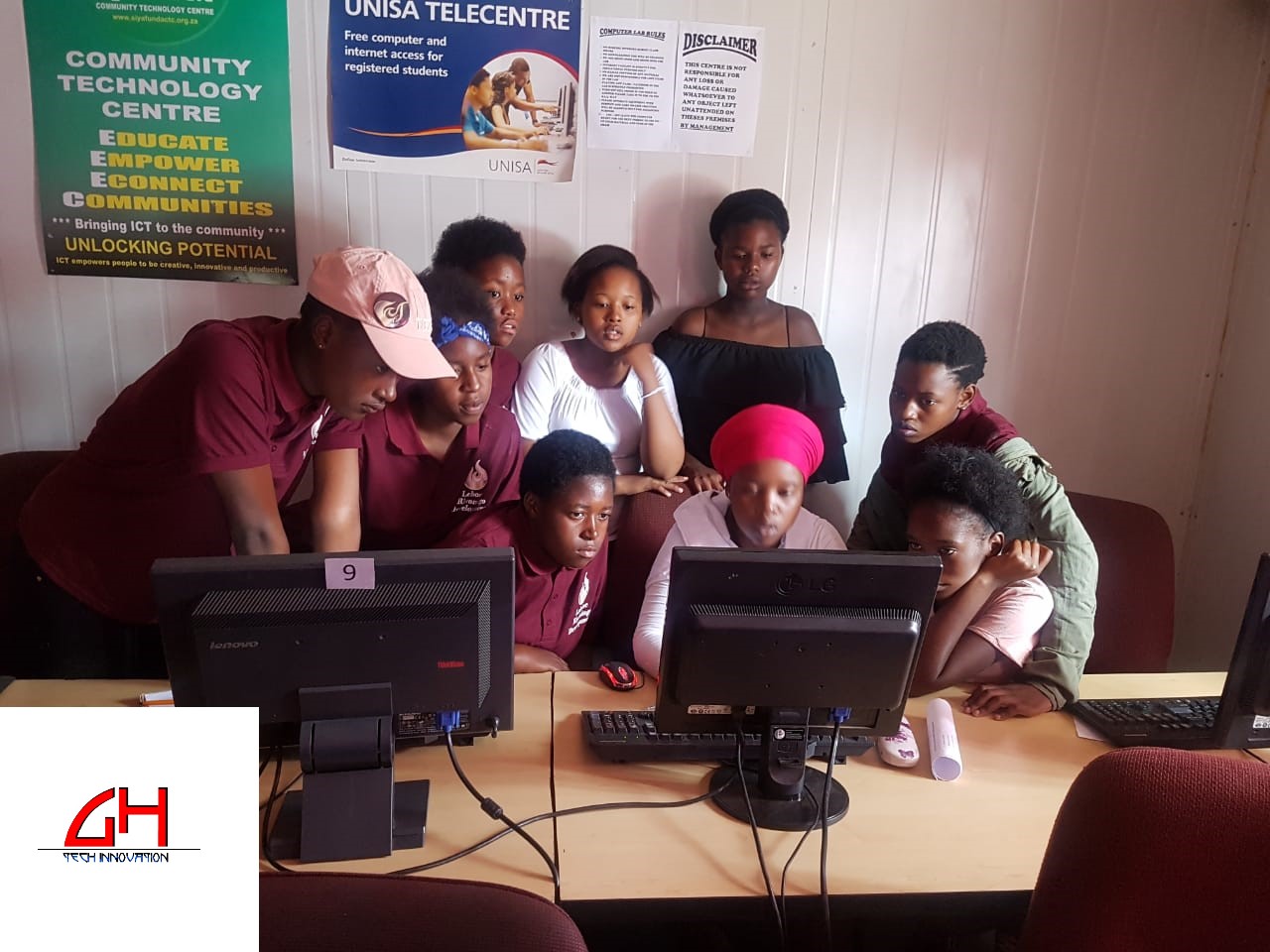 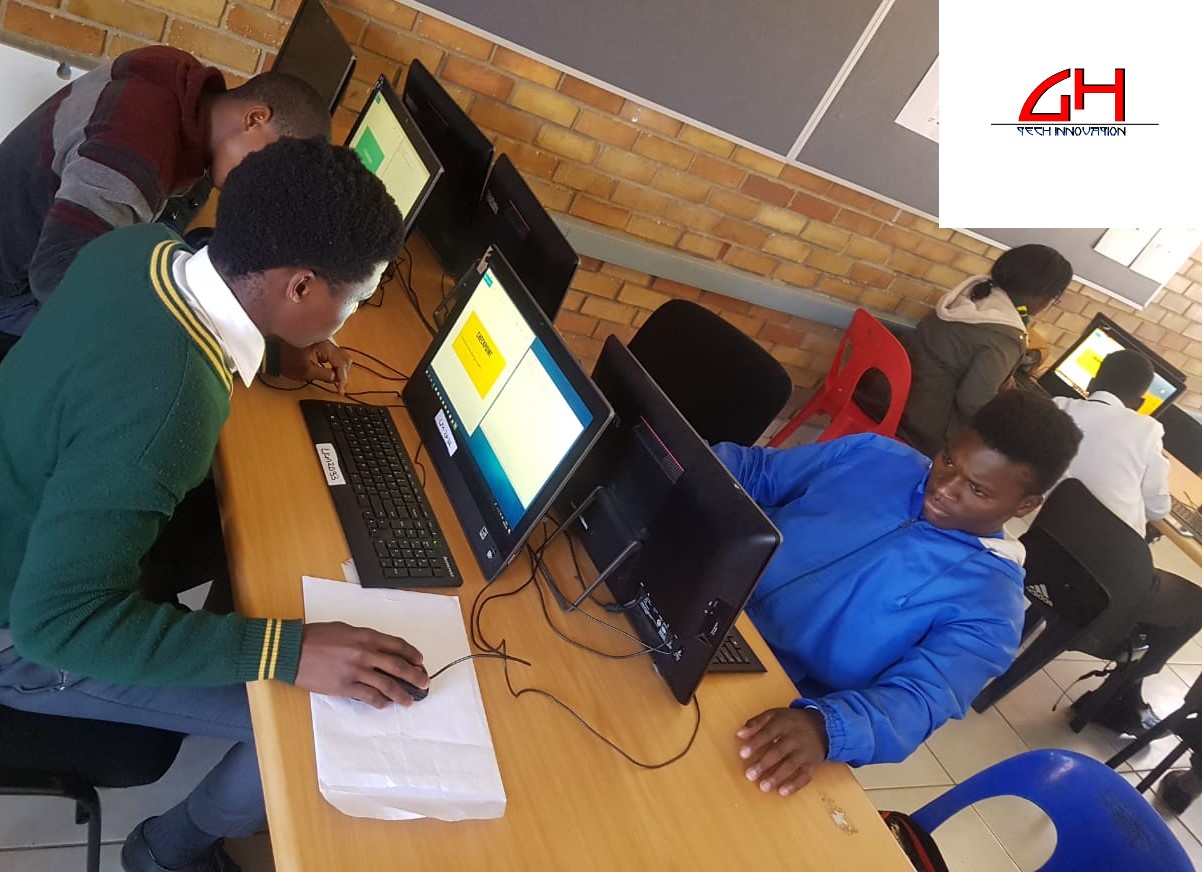 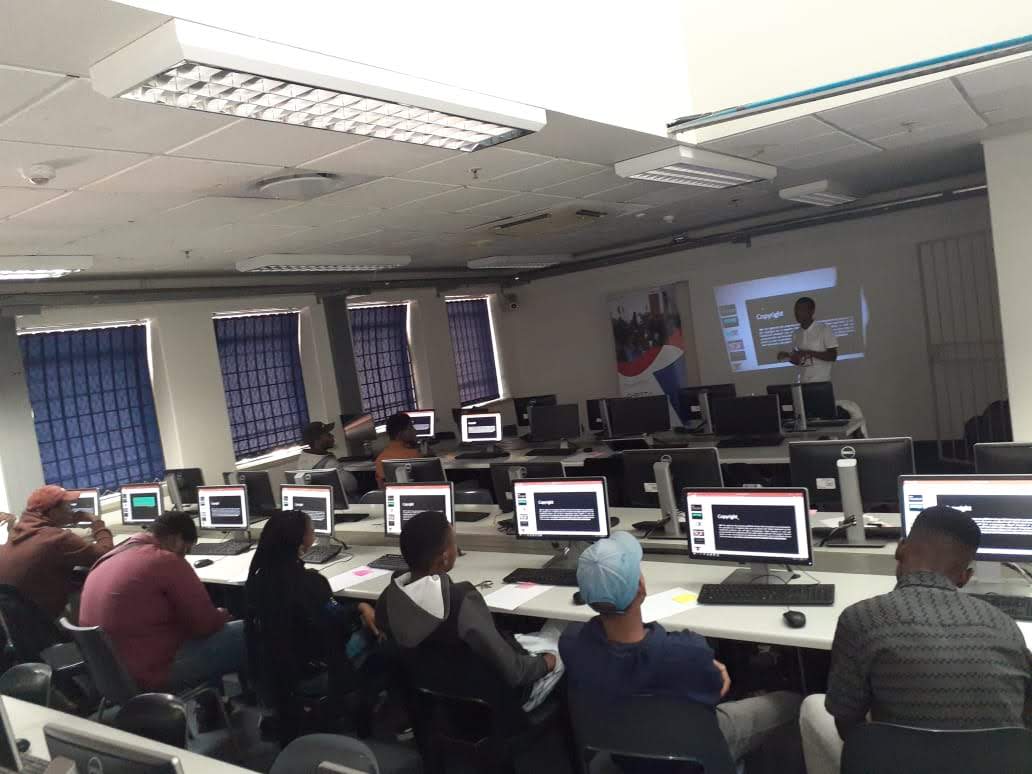 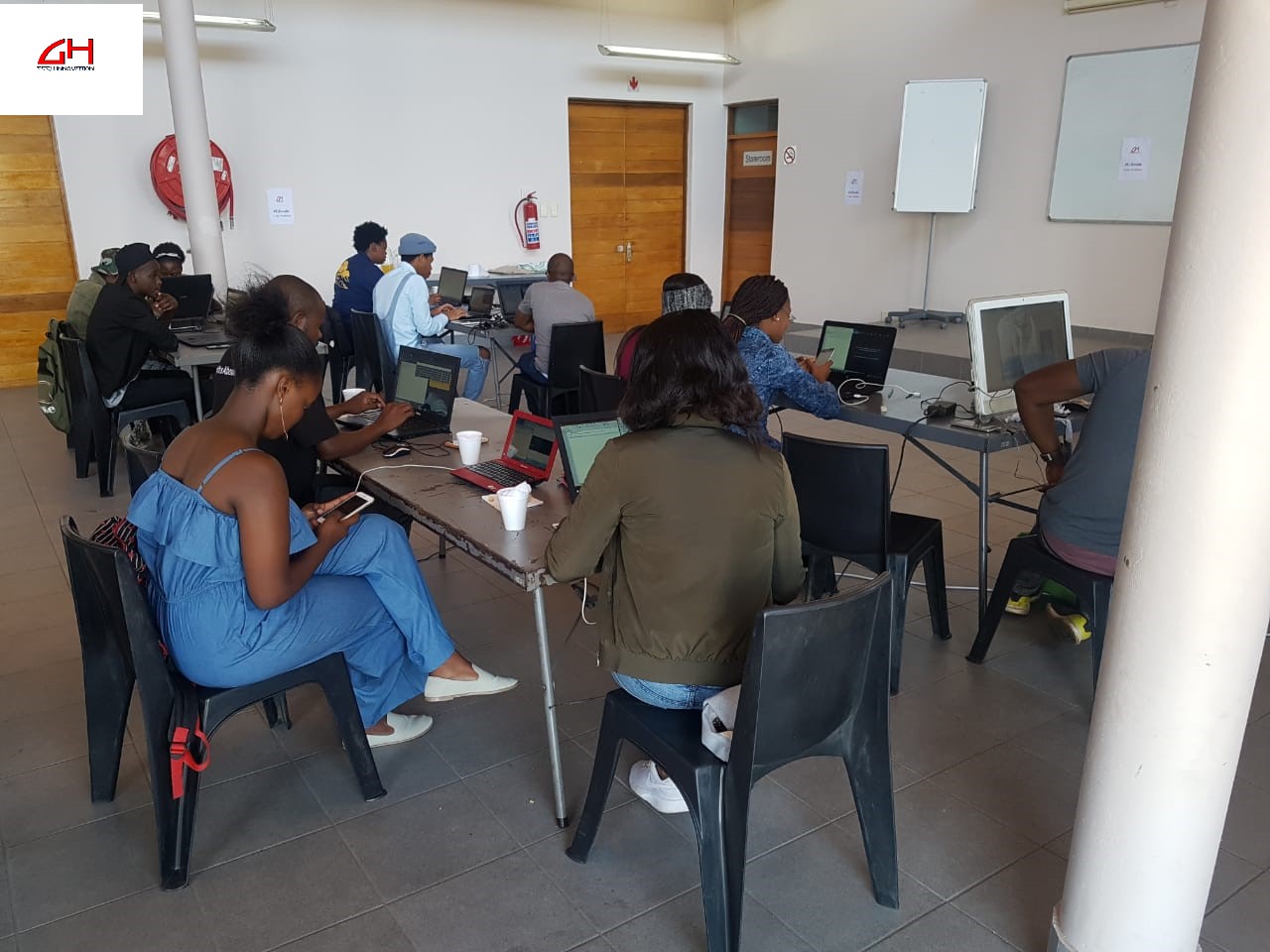 How do you see Ghetto Heroes Tech Innovation evolving in the next 3-5 years, and what impact do you hope to make?

Our goal is to ensure that each South African student is equipped with the basic technology skills and prepared for the 4th industrial revolution. To us, this preparation goes beyond just teaching coding, but also includes computer networking, IoT, artificial intelligence, and more.

We see ourselves as an alternative to the traditional educational institution where students learn by reading a textbook. We want to educate using a project-oriented curriculum. What I've learned from teaching over 1,000 kids is that kids learn faster when they're given challenging projects and can learn from one another.

We want to continue building our ecosystem of coders and techies. Eventually, we want to operate in all nine provinces and the thousands of schools across them. And we're not limiting ourselves to South Africa; we want to expand to other countries as well.

You need to build an online profile because companies will ask you, "what have you done so far?" And you can't just show them a paper to say I'm qualified in software development. They want to see what you've done, meaning they want links to your projects.

And don't limit yourself to just one discipline, be curious enough to learn other things going on in tech. If you are a web developer, but you want to build an app, see how Android studio works. If you want to develop software, check out how Python works. Whenever you think of something, be curious, and learn about it.

What are your thoughts on Tech in South Africa?

Tech in South African is improving. We still have a gap that we need to work on, but we are making progress. Currently, South African primary schools and high schools are working to bring the digital space into the classroom using tablets.

And for us to continue to make progress, we don't need to promote theory, or we'll end up with unemployed graduates. We need to focus on skill development instead of just completing qualifications. That way, we're able to come up with and create our own ideas.

For example, I built an online radio station app. The problem I came across was a lot of the youth have the skills to create music or be a radio host, but In South Africa, we don't have enough radio stations for them to showcase their skills.

Also, getting your music played on those bigger radio stations is pretty hard. I solved the problem by building a radio station for them. That's the power of technology. It creates opportunities for others, and it makes our lives better or easier.

Thank you! Your submission has been received!
Oops! Something went wrong while submitting the form.
More related stories, just for you
Tracom Academy: Training Students in Software Development and Security
Creating a New Generation of African Data Scientists