Fashion E-Commerce – Building a Platform for Made in Nigeria Products 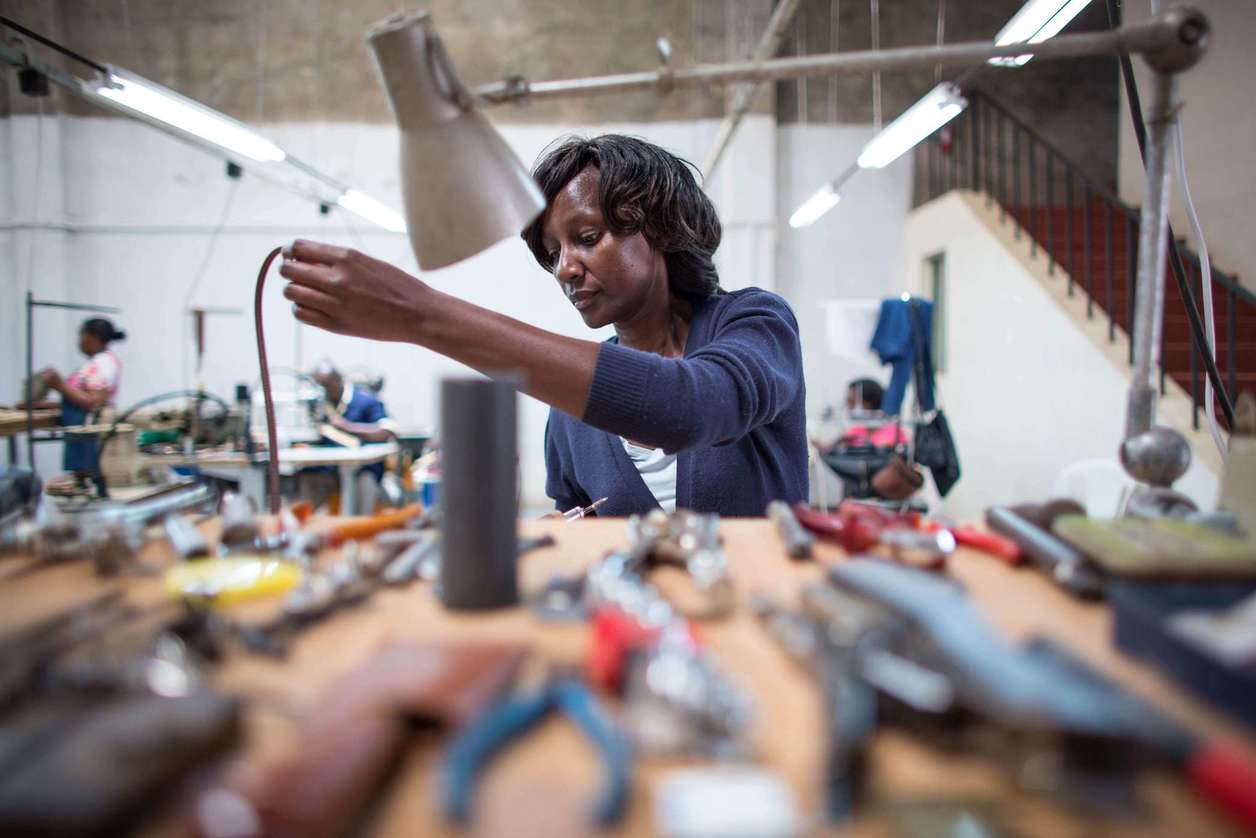 In 2019, consumers worldwide spent about $3.5 trillion online — $1.3 trillion coming from China and the United States. Despite being the youngest and fastest-growing continent in the world, Africa makes up less than 1% of global online spending, valued at $5.7 billion in 2017.

US and Chinese e-commerce titans Amazon and Alibaba were hoping to expand their empires and be the continent’s front runners, but are currently losing to native platforms in the likes of Jumia and Konga. Their business models, tailored to meet the African market, are creating systems that facilitate a frictionless online shopping experience.

As the African Union unifies the continent across travel and trade, hopefully, native African brands, which currently make up only 14% of the continent’s most admired brands, will expand and partake in the growing market opportunity.

With four brands on the index and as the continent’s largest e-commerce market by the number of shoppers and revenue, Nigeria is set to lead Africa in online shopping.

Fort NG, a fashion company that sells made in Nigeria shoes, is on a quest to be apart of the e-commerce revolution. Starting on Instagram in 2016, then transforming into an e-commerce website, MyFortShop, only a year later. Fort NG is hoping to build its own e-commerce empire.

I spoke with Adora Nwodo, Software Engineer at Microsoft Mixed Reality and Founder of Fort NG, about building an e-commerce platform, being a woman in tech, and her thoughts on tech in Africa.

Code solves problems and has the potential to add value in many ways, but code isn’t where you start. It starts with the business model/problem.

The most important part of the project, for me at least, is getting into the customer’s mind. For client projects, I have a questionnaire that I send out to uncover the requirements that they’re not saying, which might be more important than the ones they are sharing. Then, from there, I come up with some sort of solution, most of the time, a Figma prototype. When we come to an agreement on what form the project should take, I start writing code. It should always be the last part of building any product.

I started Fort NG in college as a hobby with my brother. After one year of being an Instagram vendor, I created the e-commerce website because I knew it would add significant value to my customers and myself. They’d have a more frictionless experience, and I wouldn’t have to manage customer orders via Instagram.

I decided to build the website from scratch instead of using one of the existing e-commerce platforms like Shopify or BigCommerce because I wanted to build something for myself.

How important is empathy in the software development process?

You want them to enjoy the experience of your app, and that can only happen if you put yourself in the customer’s shoes and not just create features because you want to or you feel it’s right.

On the side of the front-end developer and mobile developer who are building the client-facing system, empathy means creating an application in such a way that people enjoy their experience. It shouldn’t drain their data or kill their battery. Overall, it should be a positive experience for both the user and the device.

For the back-end developer/DevOps. Empathy means building an API that is easy for front end engineers to plug into. Also, documenting your API in such a way that when a front-end developer makes requests, the data you said it would return is what it actually returns.

Yes, I think technology should be for everyone, but we as developers have to make it easy for people to use the products we build.

What were some of the biggest challenges you faced in the software development process?

The biggest challenge that I face in my journey as a software developer is debugging code. I feel like all developers encounter this at some points. The worst part is when you know there’s a bug because the application isn’t functioning correctly, but you don’t get any errors. Errors are good because they help you.

This was a major challenge I faced while building the MyFortShop website. I was wearing too many hats; I was the front-end developer, back-end developer, DevOps engineer, and Project manager. Typically in a work environment, you have team members and managers that can debug with you. I had to debug myself or use Google, Stack Overflow, or ask questions on Twitter and hope people answered me.

It’s frustrating because a silly mistake on one line of code can cost you five days of productivity, but that’s the life we choose. 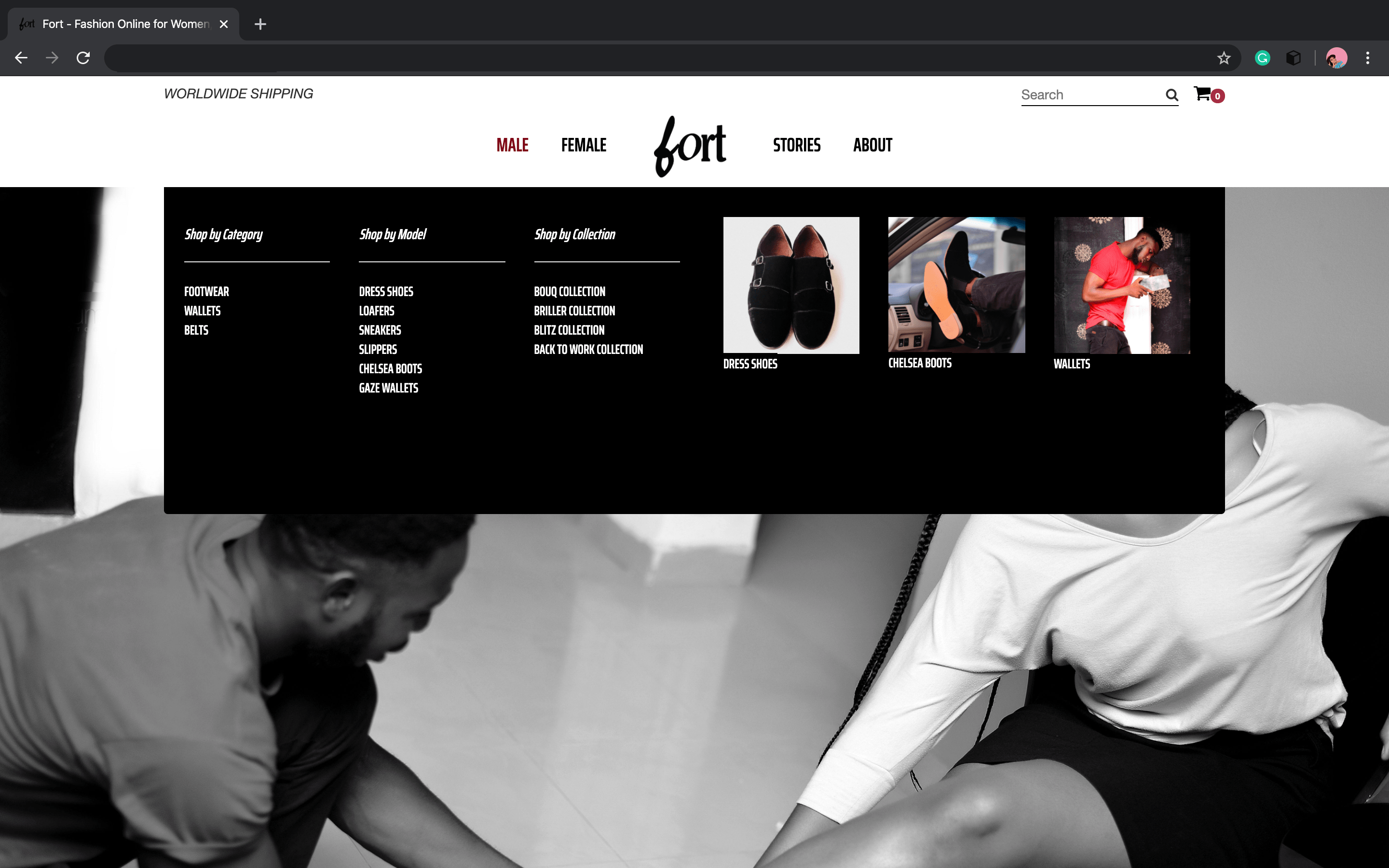 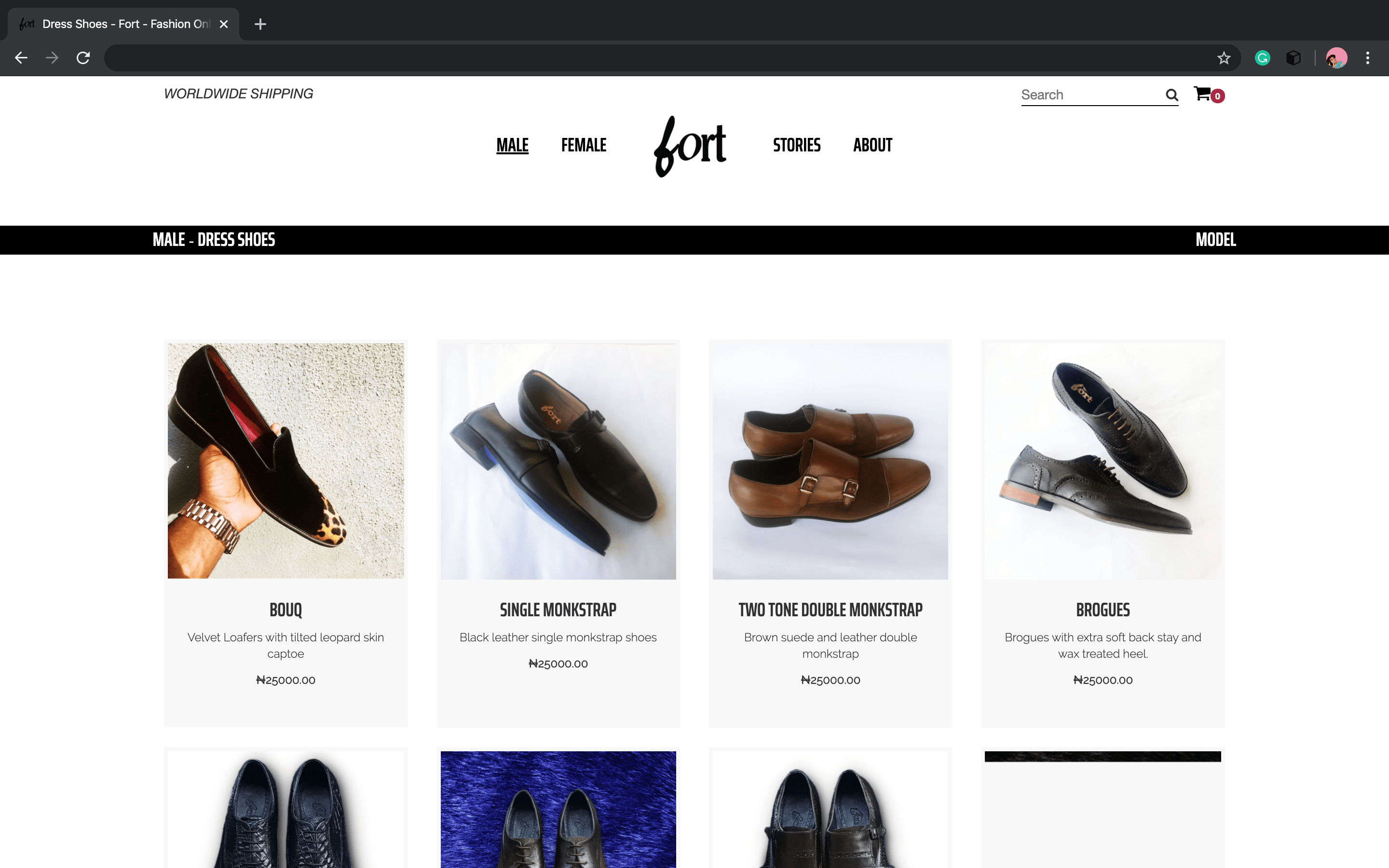 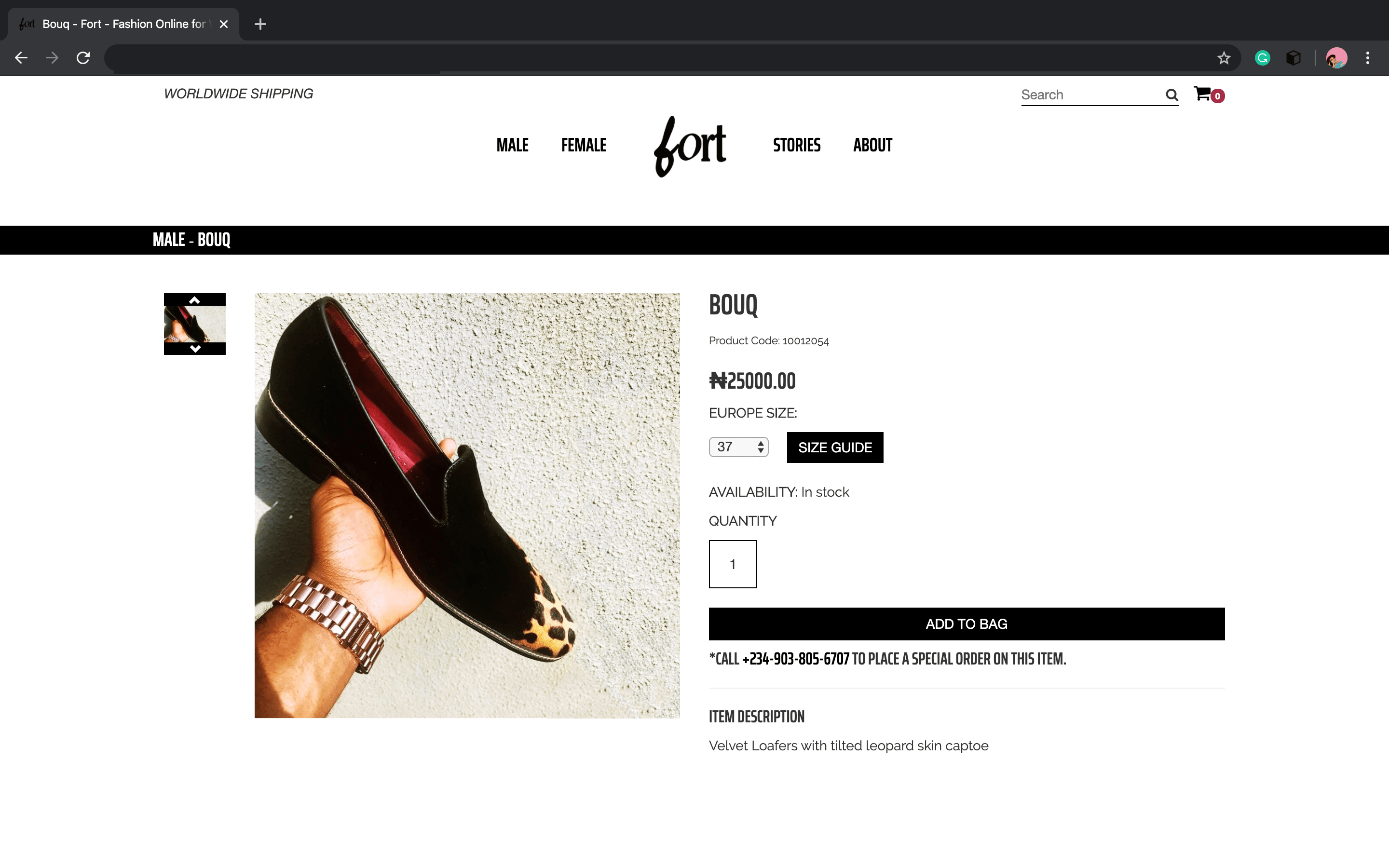 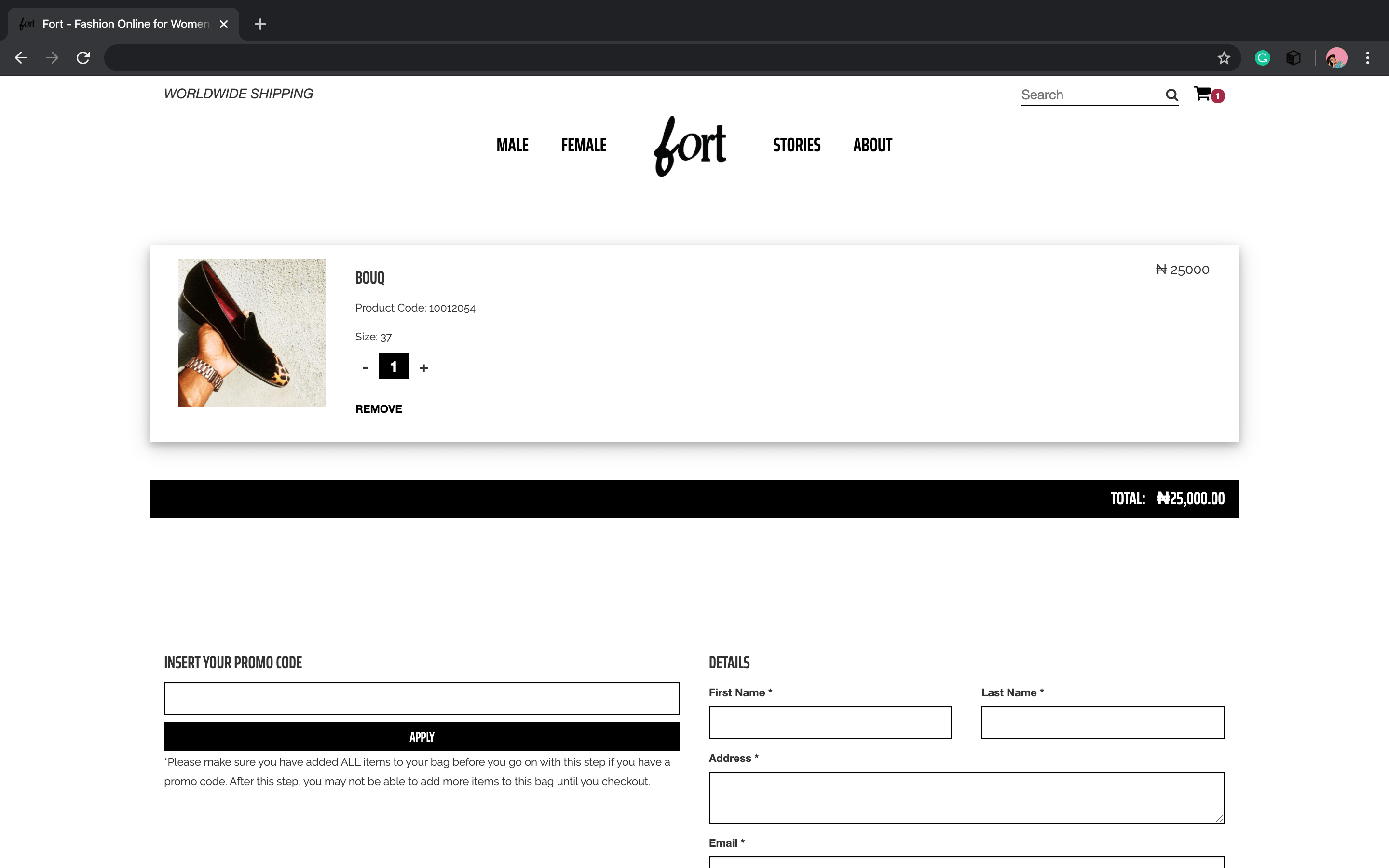 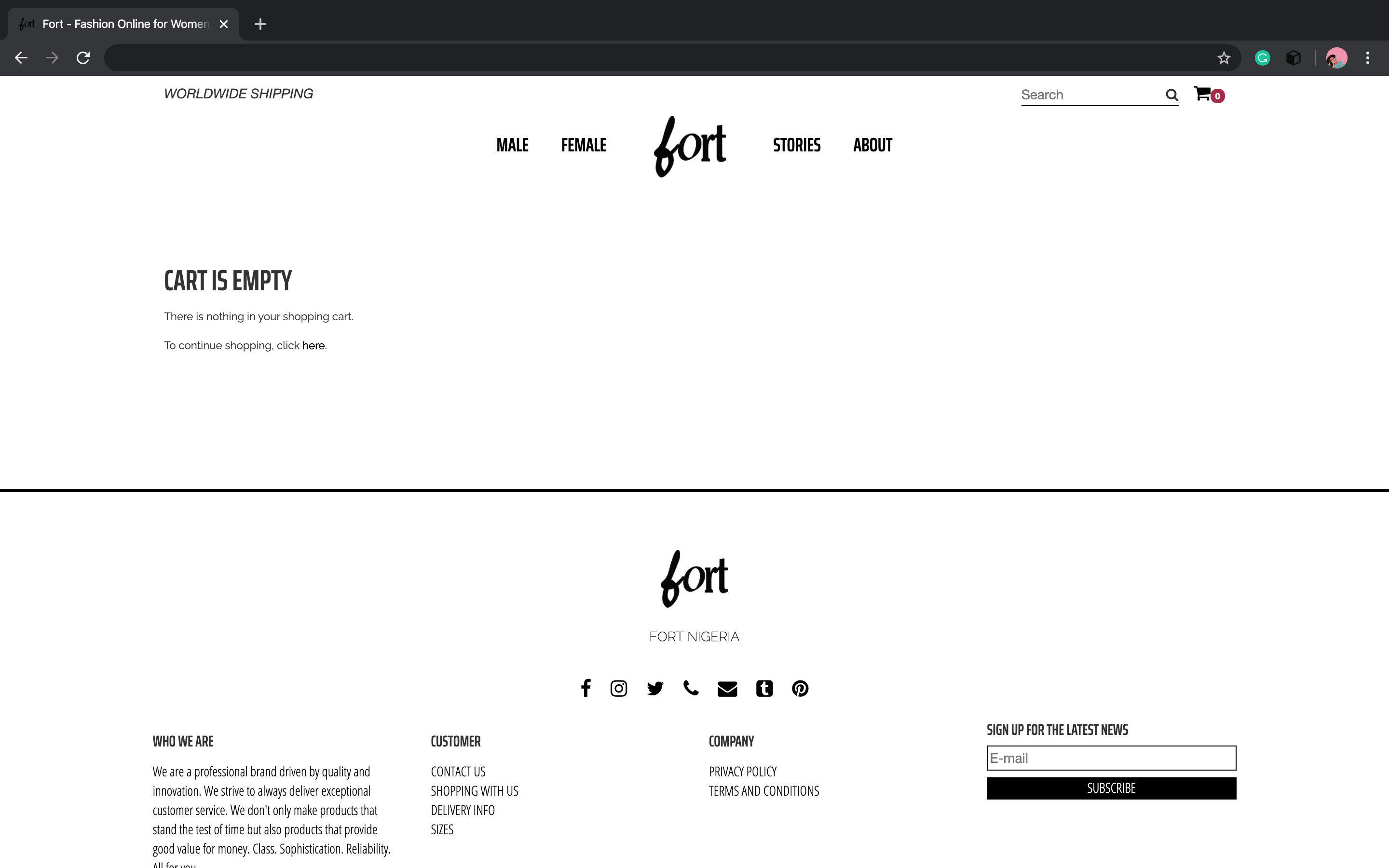 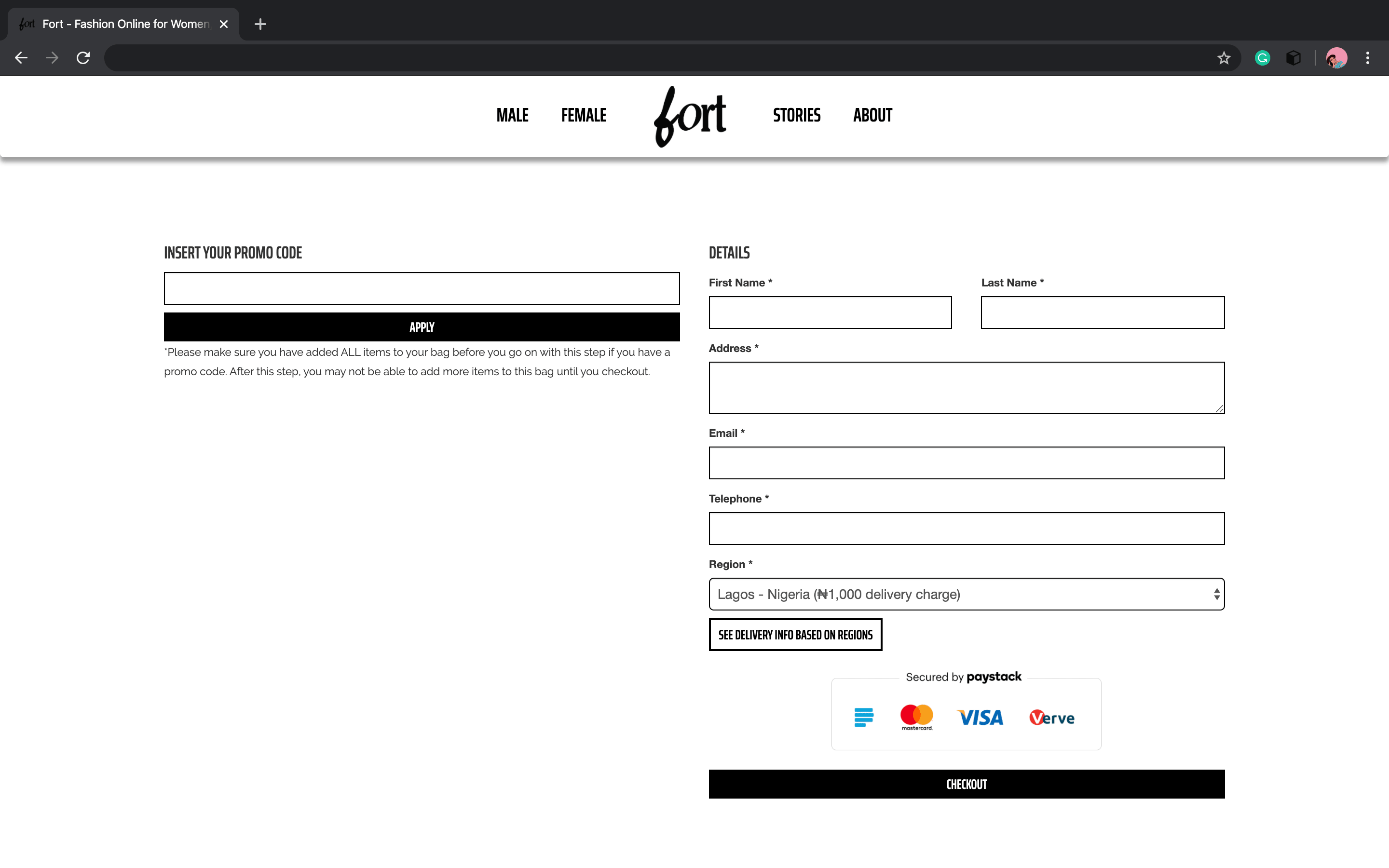 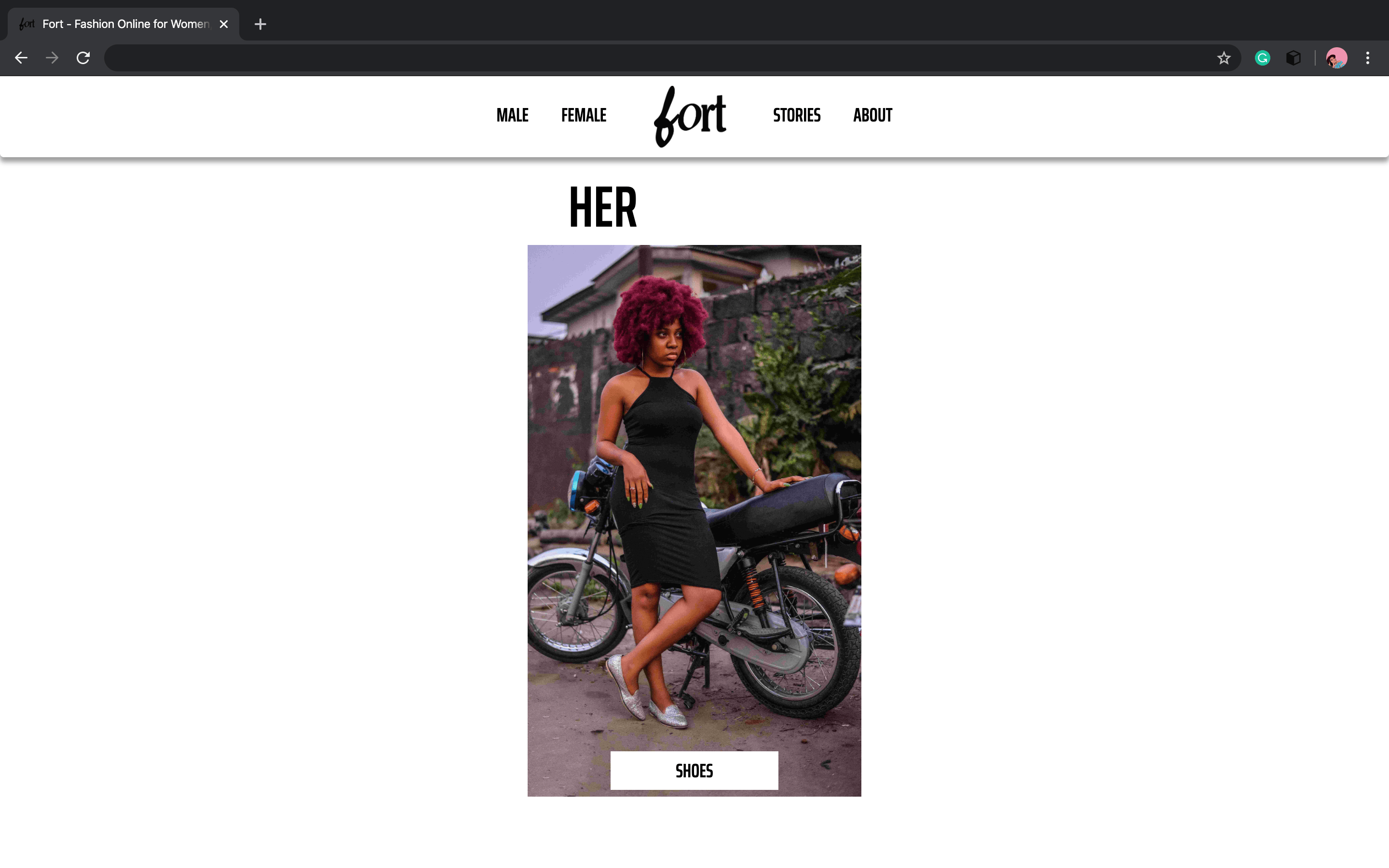 If you decide that this is a path that you want to take, you have to be consistent. Here’s some context, a bunch of people run into tech because they “think” that software developers make a lot of money, and I don’t know about that. All I know is that your income as a software developer, like any other profession, is based on market demand. If you’re somebody that adds a lot of value, a company will pay you a huge sum of money because they understand what value you bring to the team. However, if you are a mediocre developer that doesn’t add value and you come into tech expecting to make a lot of money and get the best jobs, no. The best developers will take those jobs.

Go to an open source project or one at your company and look at their pull request. Read code from developers that you think are good developers. It will help you write better code because you’ll learn new ways of doing things. You might read someone’s code and see something you’ve never encountered before. That’s an opportunity to ask, “Hey, what were you trying to achieve here?” Then you can be educated on another way of doing something, so the next time when you’re writing your own code, you can apply what you learned. You shouldn’t just copy code and not try to understand what they’re doing. Instead, read, understand, and ask questions when necessary.

When you learn something new, try sharing it because you can’t teach what you don’t know. Attempting to share what you know will push you to get a deep understanding of the topic because you wouldn’t want to disgrace yourself by writing something inaccurate. The Internet will roast you. I’m not saying you have to be an expert because sometimes, even when you share, you’ll make mistakes. However, you’ll grow from the process of creating the content to share and from people giving you constructive feedback.

Do you have any advice for other Women in Tech?

Your dreams are valid, so don’t, not even for a second, think that you are not worthy, or you don’t deserve whatever you want. If you want something, go for it. If you want to learn to code, put in the work, and you will get hired. Everybody loves great talent. Also, don’t be afraid to speak up and take chances, negotiate your salary, or ask for a promotion when it’s necessary.

Personally, having the confidence to stand up for myself boldly is something I developed over time, I wasn’t born this way. In secondary school, I was bullied a lot, but eventually, I started fighting back.

Beyond school, I didn’t see myself as worthy or good enough because that’s what I was constantly being told. I had to learn to love myself regardless of all my imperfections. No one is perfect, so even if you are telling me that I am not smart enough or beautiful enough, there’s something wrong with you, but somehow you are ok with your imperfections but want to make me feel bad for my own.

When I started actually loving myself, I became very confident. Now I only give value to the opinions of the people that matter to me. It doesn’t mean that I don’t seek feedback because I feel that everybody’s opinion is trash, but I don’t seek validation from other people.

Built In Africa? What does that mean to you, and what are your thoughts on Tech in Lagos?

When I hear the phrase Built In Africa, I think about products and businesses built in Africa and being exported to the rest of the world as a result of the value they provide to the marketplace.

Tech in Lagos is “amazing-ish.” There is a lot of enthusiasm from the youth. Last November, there was a tech event, and over 2,000 developers attended. People are increasingly becoming curious about tech and want to be apart of the wave. There’s also a lot of talent in Lagos and across Africa, and Microsoft coming to Africa to hire tech talents proves that I’m not the only one who feels this way.

However, I feel like we are not innovating as much as we should. Yes, people are building businesses that didn’t exist before, and companies in Nigeria are infusing tech into their businesses. However, most of the start-ups are trying to solve FinTech problems. I’m not in the business space, so there may be some factors I’m overlooking, but Nigeria has other major problems that developers should focus on as well.

Traffic, Identification, and Education are all significant problems in this part of the world. Although some people have attempted to tackle these problems and failed due to rules and regulations, I think we as a development community should be taking on these challenges head-on and not running from them.

Thank you! Your submission has been received!
Oops! Something went wrong while submitting the form.
More related stories, just for you
How AFEX is making Nigeria’s agricultural sector more inclusive, scalable, and efficient
Meet the Developer Behind a Food Truck in The Bay Area’s Website