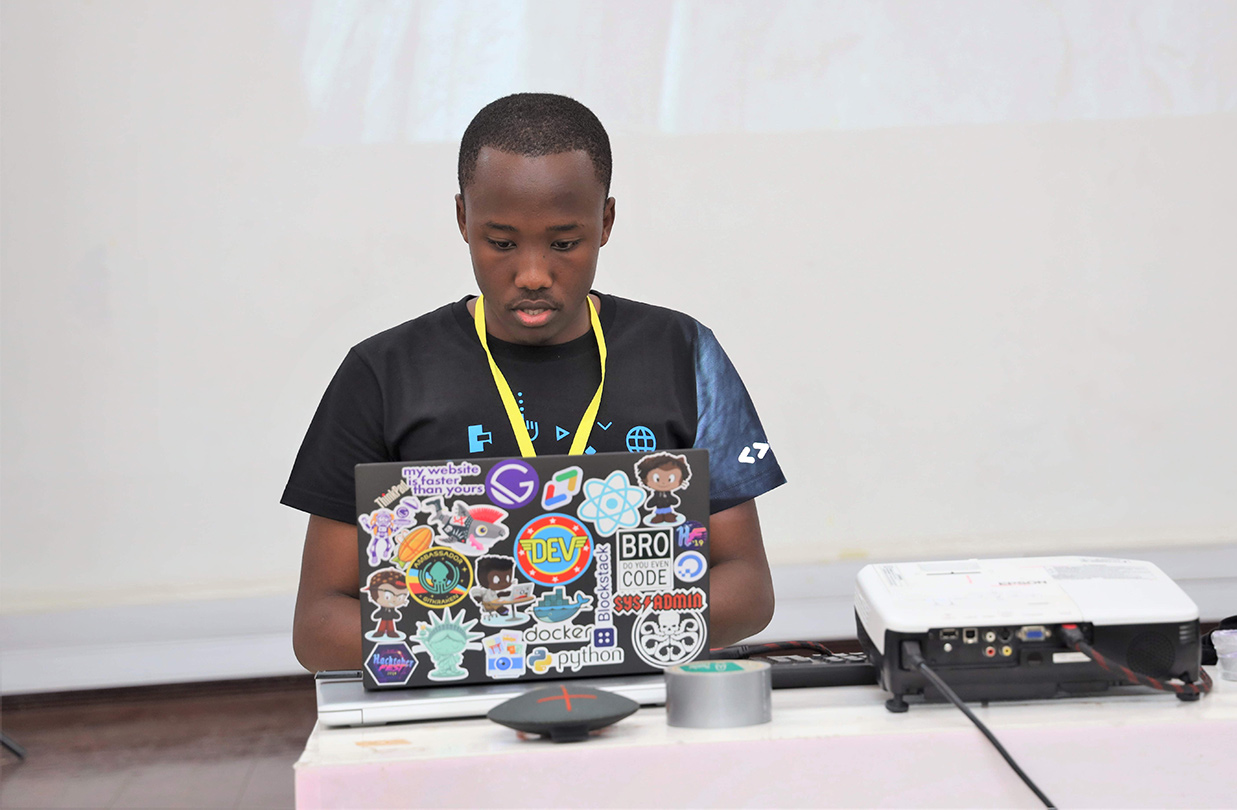 What is required to start a tech community?

A charismatic leader, a WhatsApp group, or maybe a large conference, if you’re talking pre-COVID.

While these are all great components and additions to an existing one, a movement and a name initiate a community. A name that the group can galvanize around brings structure and the potential for growth.

In many countries across Africa, the tech giants Google and Facebook provide the structure for software developers to come together. Burundi, a small landlocked country in East Africa, until recently had yet to formalize its community. One of the contributing factors to it not keeping pace with its neighbors Rwanda and Tanzania, which both have bubbling ecosystems.

Not lacking in talent but access, communities play a critical role in a country’s development. In communities, developers are challenged, pushed to learn new skills, and collaborate.

Burundian at heart, but a product of Kenya’s tech ecosystem, Gatare Libère, returned home to launch Google Developers Group Bujumbura. And later, joined a few other Burundians to start Aclis, a team of creatives, designers, and developers who work together to create beautiful, engaging digital experiences.

During our conversation, Gatare discussed the challenges of building Bujumbura’s tech community and the products they’ve built at Aclis.

My tech journey started as a kid playing with computers here in Bujumbura. Then, in high school, I moved to Kenya, and after I continued my education at Kabarak University, where I started my CS degree but left during my senior year.

I began to make money as a developer and decided that instead of investing in school and being a burden to my family, I would go full-time. I realized school was not for me (at the time) and that I needed to be working on something tangible.

Also, a general rule with computer science in Africa and other parts of the world is that the syllabus and technology most universities use are from the 1980s and 90s. Professors focus on the syllabus, not giving students the skillset to be hirable or entrepreneurial where they can build their own solutions and employ others.

But during my time in Kenya, I was involved in the tech communities iHub, DSC, CS4HS, and GDG. I thank the director of research at my university, who encouraged us to get involved, learn about new technologies, and try to implement them. As my skills developed and my role in the community grew, I started giving talks across Kenya, Tanzania and the US.

Starting a tech community in Burundi?

The journey started from a conversation with my friend Wilfried around January 2019. We’d both lived in Kenya since high school, but he’d moved back to Bujumbura. At the time, the Hash Code competition by Google was approaching, and it came up in conversation, and I said, “Burundi is not on the map. We need to do something.”

He took it seriously and decided to organize a group of devs. He told everyone he knew that was a developer or that was a friend or cousin of a developer. People showed up, and together they participated in the competition.

That event sparked the idea of starting a GDG chapter. So, I reached out to the Google team and interviewed for the opportunity to start GDG Bujumbura. To see if it was viable, we had a test event called Tech Unleashed to access the demand. Unsure of what the turnout would be, we prepared for 30 people, but 70+ people showed up.

Challenges of building a tech community from the ground up?

Developer Student Clubs (DSCs) act as a closed group for students to go into details about the technologies we introduce at the GDG. To create DSC chapters at the different universities, we had to get buy-in from university leaders who were not used to organizing these events. The first question most asked was, will we be paying you? After explaining that it was free and the perks included swag and the leaders getting to go for conferences; and most importantly, how it would bridge the gap between theory and practice, they became open.

In Kenya, we had events that ran the whole night. I used to have meet-ups on Friday evenings after classes and meet-ups every Saturday from morning to afternoon. Here everything has to be done in the morning, and Friday evening/night is for parties, and Saturday is for family or functions. This was a shock to me because I was used to doing things fast, but I had to adapt to a new pace.

Tips on starting a community:

If you want to start a community in a place where there is none. First, target university students, specifically those in their first and second year. Students in their third and fourth year are often focused on getting a degree and a job.

Second, partner with tech companies, locally and internationally. There are excellent ambassador programs that offer swag and software licenses for attendees, and that usually enough to motivate most people. And that’s what I love about running a community. You don’t need much money to run one. You only need the heart and the willingness. 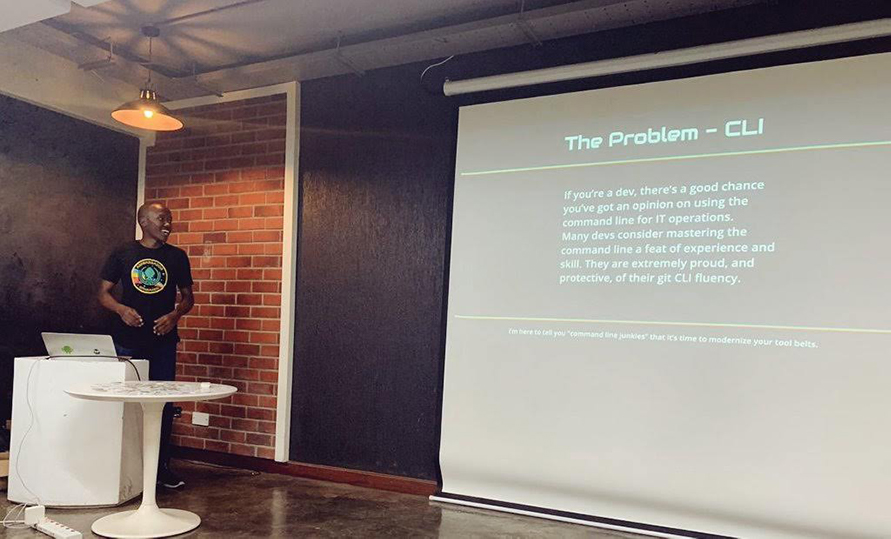 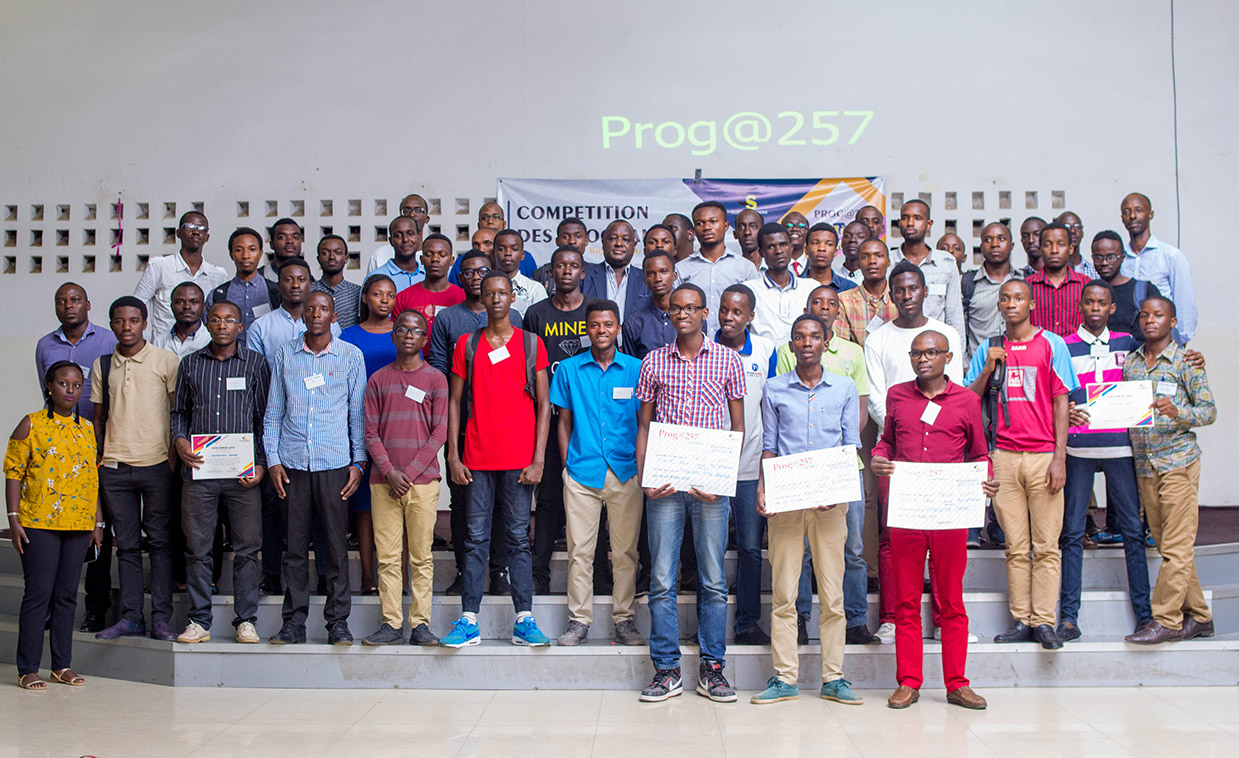 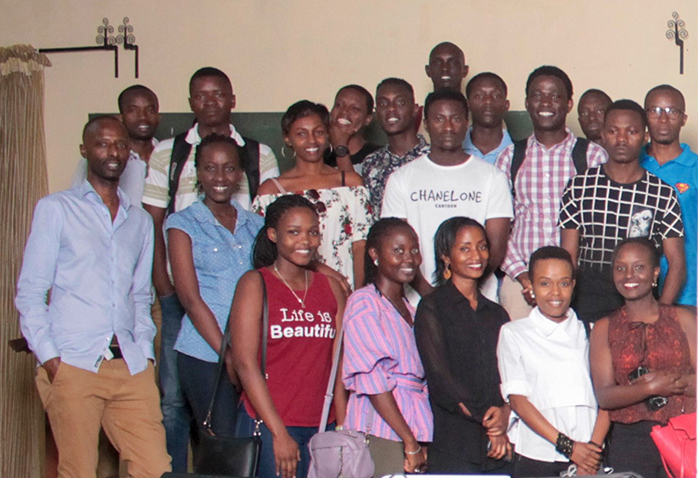 When I came back to Bujumbura, it was only to start the GDG chapter. The plan was to remain working in Kenya and come back every other meet-up. But while I was there, I met with a few guys (Aymard, Diallo, Wilfried, and Sénior ) who were interested in building a software development company.

They said we teach about new technologies, how about we also start a company? We have the skills and the brainpower, and so we started Aclis in Marchof 2020. Our vision is to revolutionize the UX field. As you know, in Africa, most companies are still using legacy software that isn’t user-friendly, and we want to change that.

Aclis is industry-agnostic, so we’ve built products for many industries and across different countries. We worked with a few hospitals here in Burundi. Built a landing page for a Greek FinTech company building a blockchain investment platform for Green energy. And worked with a startup in the DRC that’s delivering fresh vegetables and fruits to its customers. We’ve also done work for companies in Canada, Netherlands, and Togo.

We recently finished building an HR & Recruitment system for InterHuman to shorten the gap between receiving a candidate CV and connecting them with the employer. I’m proud of this project because, in Burundi, companies usually ask you to refine or revamp what they already have, but they gave us the freedom to build the solution from the ground up.

Naturally, there was still some resistance to change. They had an old and outdated website with a separate database for job seekers, but the person in charge of managing the CV was used to her workflow. And almost wanted us to recreate that same flow in the new system. We had to help her reimagine the process and see that there was a better way.

How do you build trust and manage client relationships?

People have a way of telling if they can trust you or not. You don’t need to prove yourself. As long as you know you’re trustworthy, walk by it. And it will show in the way you speak, but there has to be that element of respect. As much as you’re young and skillful, you don’t have to see yourself as something bigger than life. You’re still on earth, and it’s still important to respect your elders.

Also, the thing I like about our company is our diversity, some of us are young, and others are mature. When clients see that you’re not alone and have a team of mature people, that helps with trust. As much as you want to work as a young person, have someone older on the team because it’s really hard for many Africans to listen to a kid.

Thoughts on Tech in Burundi?

As a country, we’re still trying to find ourselves. The way a country evolves in tech depends solely upon the community, and ours just started a year ago. We still have strides to make, but we’re going places over the next few years.

And as much as we are still behind compared to some of our friends in East Africa, we are going to be at a good place because of people who’ve trained in other countries and the willingness from those here to evolve and build solutions that are up to date whether it be creating digital solutions for the government or building startups.

But as much as we have the skillset and people who are willing to build solutions to address society’s problems, we need more support from the authorities. To get behind solution providers and come up with programs and policies to boost and support them. For example, subsidized taxes on tech companies, so more investors come into the ecosystem.

Thank you! Your submission has been received!
Oops! Something went wrong while submitting the form.
More related stories, just for you
Training the Next Generation of Silicon Mountain Techies
​Building Africa's STEM Workforce​: Meet STEMi Makers Africa