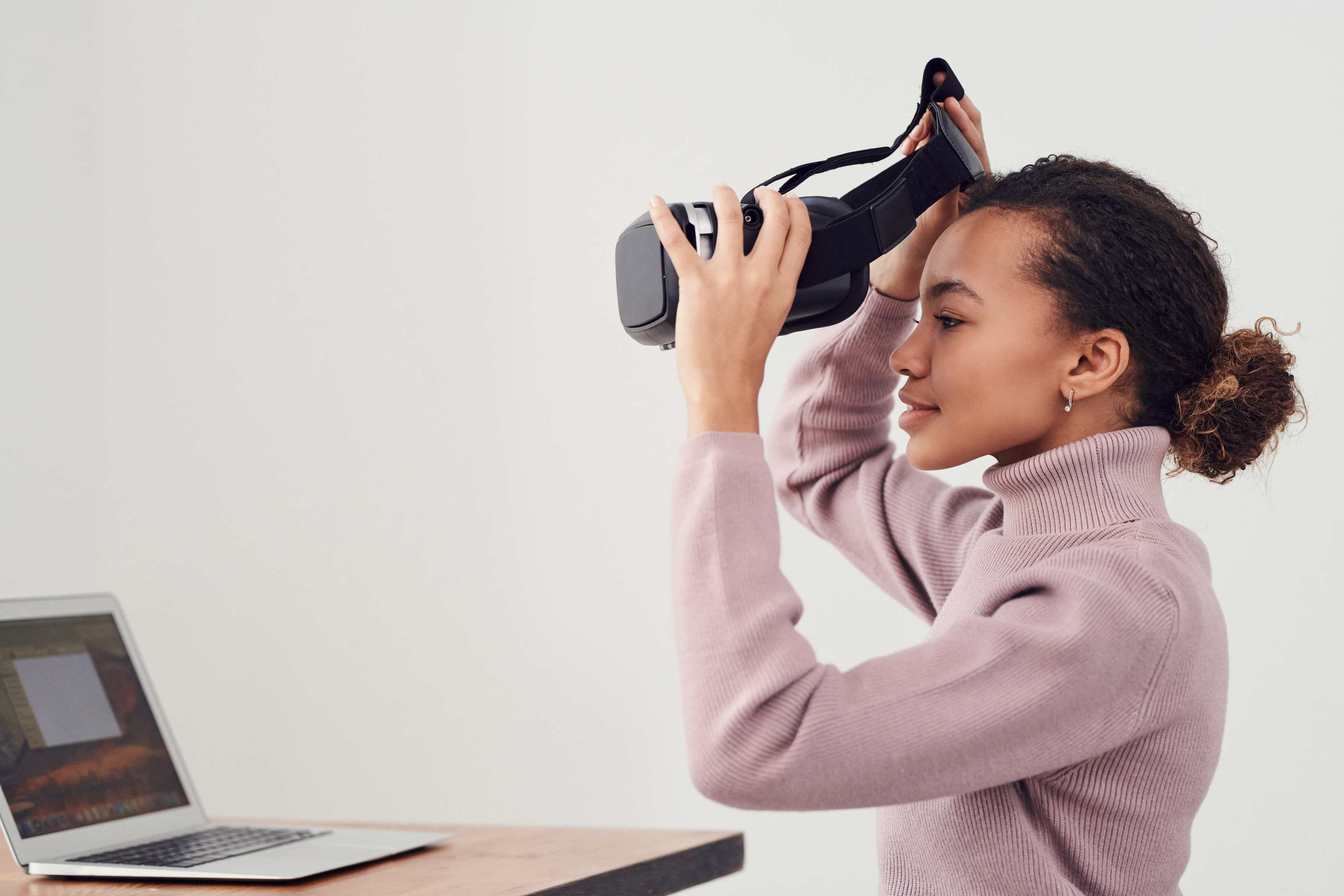 Globally, the virtual reality (VR) market is expected to reach 19 billion by 2025.

Immersive technology, like VR, will fundamentally alter how we interact, learn, and connect. Evolving from its video game origins over the last decade, businesses are tackling some of the world’s most prominent challenges from healthcare to education using VR.

In the late 2000s, most African countries, missing the PC era, found themselves in the mobile revolution. Mobile computing transformed Africa. It created a more connected and tech-enabled continent. Currently, we are on the cusp of another revolution, from mobile to immersive computing. With its immersive nature, VR is expected to have a more significant impact on Africa than mobile phones. And Udessa hopes to be apart of that revolutionary change.

Founded in 2018, Udessa’s vision is to revolutionize the way communication is done between continental Africans and Africans in the diaspora. By leveraging the capabilities of VR, they aspire to give everyone from first-generation Americans to immigrants the opportunity to make deeper and more meaningful connections with people from back home than current tools like WhatsApp allow. By building a platform that enables users to immerse themselves in the culture.

I spoke with Chief Technology Officer Romeo Bahoumda about Udeesa, the challenges of building a VR platform, and Tech in Africa.

I’ve been blessed. The teachers I’ve had regarding software engineering and computer science, they’ve been able to take these complex subjects and translate them into real-life use cases. And that’s the approach I’ve always taken with computer science projects.

“What is the problem, and how can we fix it?” We said we want to make a more immersive solution. “How do you go about that?” We said, VR. “Ok, what are the different components of VR?” Slowly you go from this high level of abstraction then start breaking it down until you get to the nitty-gritty.

So to answer the question, we got a high-level question and slowly asked more questions and broke it down to the simplest pieces until we got what we needed at the most basic level. Then, we rebuilt everything together.

How important is empathy in the software development process?

The biggest challenge was understanding the layers behind game engines. Games and simulations are pretty much the same except games have user input, and simulations just recreate the actual world. So it was just making sure that we understood how game engines work. We’re still in the process of doing that. We’re reading books, watching videos, and even talking to people who have developed game engines. Unity and Unreal both have very active development communities. We go in there and ask as many questions as possible.

VR is a big learning curve. We’re both learning as we go, and we’re hoping that as we grow, we’ll attract people who want to do the work with us.

Also, as a developer, one of the biggest challenges is having an idea and figuring out which pieces from a coding perspective, you need to make that idea a reality. There’s an artistic side, which I’m not gifted at, but I’ve been blessed with a teammate who is pretty good.

For being a software developer, in general, one of the keys is the willingness to learn. Setting your ego aside. When people tell you no, this is not how you should do it, having that willingness to ask, “why should I have done it that way?” Instead of saying, “no, my ways the best way.”

Regarding developers in Africa, I haven’t been back home in like four years now, but the availability of resources for African developers is limited. So you need that grinding mindset. That willingness to make what resources you do have work so you can acquire the skills you need to get your product going. It’s all about grit.

It’s cool to have an idea. It’s cool to want to do stuff, but you have to be willing to sit down and talk to people, ask the right questions, and read on your own. Trial and error until you’re able to acquire the skill.

To me, Built In Africa means highlighting people who are doing innovative stuff in Africa. It’s personal and powerful to me that you are highlighting Africans who are getting down and getting the work done to put out innovative products. It’s saying that people have a mission to elevate Africa to the level it needs to be. That it deserves to be.

Thank you! Your submission has been received!
Oops! Something went wrong while submitting the form.
More related stories, just for you
Digital Payments – Abeg is a New Player in Nigeria's P2P Payment Sector
Ficar Delivery is Bringing Online Food Delivery to Underserved Kenyan Towns