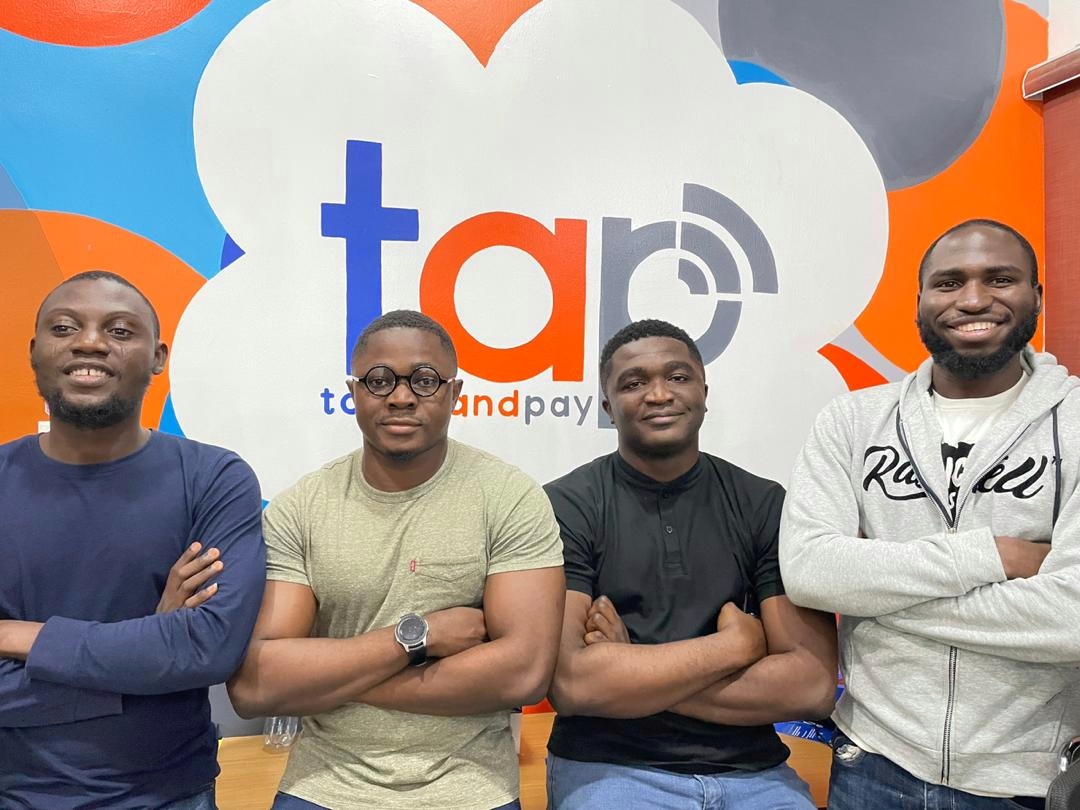 Despite being home to many of Africa’s most promising fintech companies like Paystack and Flutterwave, cash remains the dominant form of transacting in Nigeria. Similarly, across most other African countries, cash is still king. While many factors contribute to the dominance of cash, like the huge informal sector, a factor often overlooked is the lack of platforms servicing microtransactions—transactions between 10 cents and $10.

Recognizing this gap in the market, Olamide Afolabi, created Touch and Pay Technologies, a payment and services platform on a mission to digitize and process microtransactions in Africa. Beginning with the transportation industry, TAP created the Cowry card and App to offer commuters cashless solutions to paying for their fare. Founded in 2019 and a YC W22,  TAP's solution Cowry has grown to 1.7 million customers and $200,000 in monthly recurring revenue.

I spoke with Olamide Afolabi, the co-founder and CEO of Touch and Pay, about his journey into tech, what impact Cowry is having on Nigeria’s transportation industry, and the keys to building successful software solutions for Africa.

My tech journey started in 2005 while I was in high school. A mentor introduced me to web design, and I started using website builders like What You See Is What You Get to create websites. Over time, I got deeper and deeper into programming. By the end of high school, I was coding in PHP, HTML, JavaScript, C#, and C++.

When it was time for me to go to university, I didn’t want to go. I was solely focused on developing my programming skills. But my mentor encouraged me, so I did. Already having developed my technical skills, I couldn’t see myself getting a degree in computer science, so I studied mechanical engineering.

While at university, my entrepreneurship journey within the tech space began. Trying to find the next Mark Zuckerburg, Microsoft hosted Microsoft Imagine Cup, an annual competition which brings together student developers worldwide to help resolve some of the world's toughest challenges. Different university teams within a country would compete for a chance to represent their country in the world finals. It was like the world cup of software.

My friend and I created a team our first year, but we didn’t win. Our second year, we came in second place in Nigeria, and finally, our third year, we won and were able to represent Nigeria at Microsoft Imagine Cup. We went to Russia and presented our solution for helping people with cardiovascular disease.

During our trip, we realized that there was a difference between building a solution that people found interesting and a solution that people would pay for. It’s a fine line, but many developers don’t acknowledge it. This insight exposed us to the need to develop our entrepreneurship skills, so we enrolled in an entrepreneurial training school that taught us how to build scalable solutions.

Focusing on solving a problem?

I saw many talented people growing up who did amazing things, like building a car from scraps. And while these individuals had different talents, their stories were quite similar. Because of their talent, people would get excited and interested in what they were doing. That excitement would then translate into some media attention and/or money.

This also happens in software. Some of my peers have a lot of interesting products on their laptops. But when I ask, who will pay you for this solution, the response I get from those who have one is, “I’m doing it for fun.”

My message to these people is to stop wasting their talent and time. We have an amazing superpower; we can use technology to solve actual problems, but it’s only a superpower if you use it productively. So don’t build tech for tech’s sake or because you can. Look for a big hairy problem in Nigeria or whatever country you’re in to solve.

What led you to create Touch and Pay Technologies?

We wanted to solve the problem at the bottom of the pyramid. While we have fantastic technologies, like Flutterwave and Paystack, digitizing payments for large transactions, we didn’t have any technology that digitizes transactions between 10 cents and $10. Today, most people rely on cash to make these transactions.

And interestingly, while the transaction amount is tiny, the volume is high. In Nigeria last year, about 21 trillion naira ($70 billion) was withdrawn from ATMs. And that’s not even the only means of getting cash. People also withdraw money through mobile money agents.

This problem inspired us to build a product that digitized the transactions people were withdrawing money for, like transportation. We use NFC (Near Field Communication), similar to the Oyster card in the UK, where people can go to a mom-and-pop shop to top-up their card to digitize the cash. Or use their smartphone to download our mobile app, load money on the platform, and scan to pay.

Why the transportation industry?

Our goal is to use transportation as our anchor transaction. To solve this problem of digitizing microtransactions, we needed to anchor it to something that would cover the banked and the unbacked, and transportation was the perfect industry.

YC constantly preached not to scale horizontally too fast. Instead, pick an industry and dominate it. They would remind us of Facebook and how they didn’t wake up one day and try to buy WhatsApp. Instead, they did their core thing very well, got a lot of customers, and reached over a billion people on their platform before expanding to other things.

Before YC, we tried to apply our solution to other industries like health and revenue collection, but we were not as successful. When we tried to focus on multiple industries, we barely had 20,000 customers, but within 10 months of shifting our focus, we have 1.7 million customers and $200,000 in monthly recurring revenue.

So we’re focusing on transportation for the next 15 months and acquiring as many customers as possible before moving to other industries. To test our hypothesis, we gave the merchants that sell snacks at the bus stop our payment terminal devices. So that while people are waiting to board the bus, they can buy snacks with their cards.

What role does software play in the delivery of Cowry?

The secret ingredient we added to the existing technology is that we made it possible to work offline. One of the problems plaguing the current payment system is that many people still don’t have access to a stable internet connection. And payments have to be processed immediately to assure business owners that they received the money; otherwise, they’re not going to part with their goods or provide their service.

Currently, the only way to ensure reliability is to not depend on the internet. With our platform, when someone makes a payment, the value stored on the card is transferred to the payment terminal. Then, once they have access to the internet, they can move the funds into their bank account.

We started with onboarding the transport operators, losing about 40% of their revenue; they saw how Cowry could help them recapture some of it. Our one stipulation was that Cowry be the only form of payment.

Currently, we’re in Lagos State, Kano State, and Ogun State. Our expansion strategy was based on population. We mapped out cities according to their size and expanded based on that. Our goal is to get to 10 million users and 3 million daily recurring users before the end of the year. So we are very deliberate on first expanding to cities with the numbers.

So far, people have embraced Cowry. Our positive feedback outweighs the negatives. We process about 3.5 million transactions monthly and get about 2,000–3,000 complaints a month, less than 0.1%, which we are still working very hard to fix. The governor of Lagos State recently gave us a shout-out. He said that he’s proud of Cowry and our work.

What impact do you hope to make?

When I chose to pursue a career in tech, I didn’t do it for the money. I wanted to solve problems. I’m a small part of the world, but I’m here to make it a better place.

Recently, when we were reviewing our product, we did customer interviews and heard some amazing success stories. A 65-year-old man shared how he was traveling from a part of the country to Lagos, and when he got to Lagos, he realized that he was out of cash. The fare was 30 cents, but he only had 10 cents left on his card. We allow people to overdraft, and because of that feature, he was able to get home.

Also, before Cowry, it was difficult for operators to understand and assess foot traffic. They would send staff to the bus terminals to do a manual headcount. With our system, they can sit behind their desk and assess foot traffic. They now also have data to plan projects and development. The operators used to think transportation wasn’t a profitable business because they were losing money. Now they realized the problem wasn’t the industry but payments.

All of our stakeholders, the commuters, bus operators, and regulators, have had one or two good things to say about us.

From a business standpoint, we are just scratching the surface. We have about 1.7 million users and about 300,000 daily active users. In Lagos alone, there are 15 million people that take public transport every day. We want 50 million customers by the end of the year, but we need to optimize and scale our technology.

Initially, we didn’t want to raise funds. We make about $200,000 in monthly recurring revenue, and our monthly burn rate was around $80,000. So every month, we had about $120,000 left. We thought, we are already a profitable company, why do we need to raise money? Let’s scale organically and maintain control.

When we got to YC and started talking to investors, we began considering the benefits of raising funds. While maintaining equity is important, solving the problem and bringing the solution alive faster is more important. And for us to do that, we needed to raise funds.

What do you believe are the keys to building successful software solutions for Africa?

First, understand that building for Africa means focusing on the people and not the product. Second, you have to be resourceful. Having been an entrepreneur for the past few years, I’ve learned that competence is not enough in Africa. Having a high IQ or being as smart as Mark Zuckerberg or Elon Musk is not enough. Intelligence won’t necessarily give you an edge, but resourcefulness can.

Very few people ever get a chance to prove themselves or show that they are brilliant. This means that to have success, you will have to create your own opportunities. And it’s going to take much more than being able to string together some code. The more people understand these two things, the more successful products we’ll have.

Thank you! Your submission has been received!
Oops! Something went wrong while submitting the form.
More related stories, just for you
Innovex, the Ugandan Startup Whose IoT Solution Is Transforming the Solar Industry
iHelá is the Online Payment Gateway Powering the Burundian Marketplace