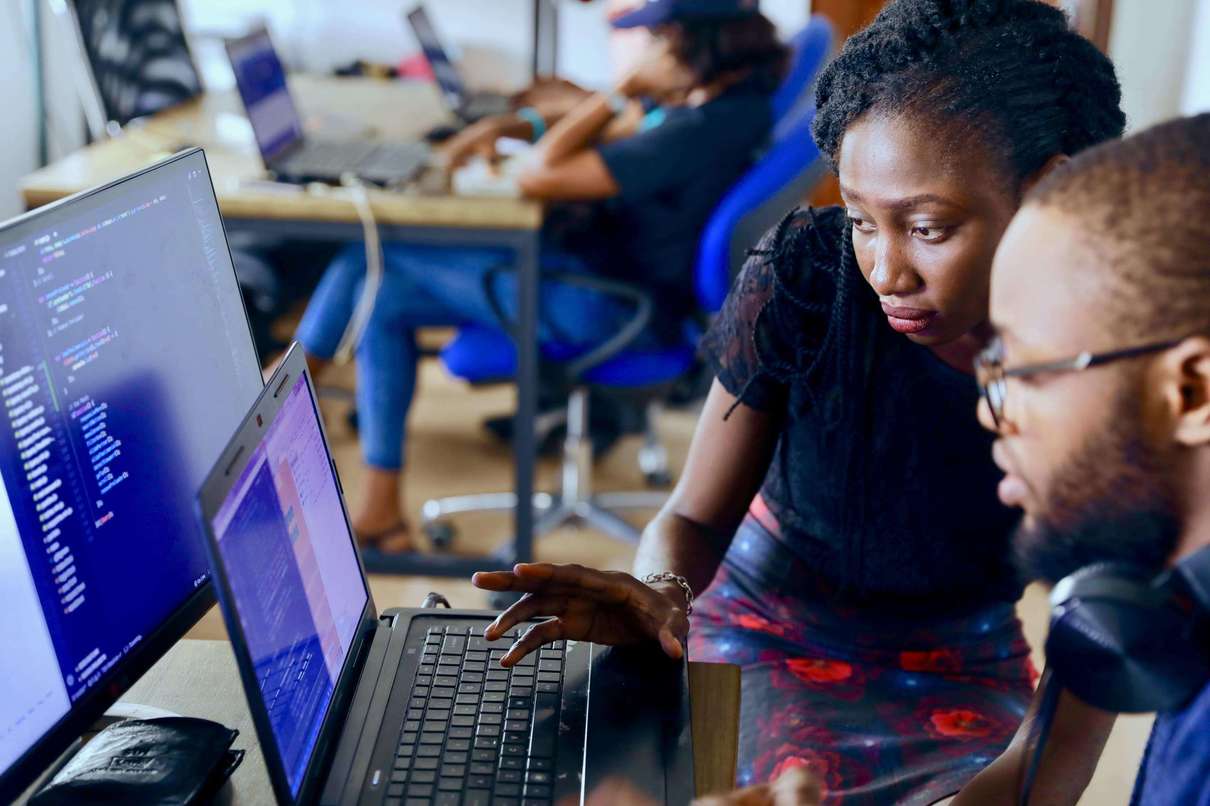 Africa is the youngest and fastest-growing continent in the world. The IMF predicts that by 2035, Africa’s working-age population will exceed that of the rest of the world combined.

Along with all the benefits of a young population, there are also some challenges. The most significant one being youth unemployment. According to the African Center for Economic Transformation, almost half of the 10 million students who graduate from Africa’s 668 Universities are jobless.

With limited access to programs that prepare them for the school to work transition, many of the students who do find employment are not adequately trained. According to UNESCO data, only 16.9% of young people (aged 15-29) have completed an internship with an employer as part of their education.

Skill development and participation in internship opportunities are fundamental to integrating youth into the workforce. Adopting the belief that everyone deserves the chance to prosper, Naya Labs, and other firms, are launching internship programs to provide Africa’s youth with work experience and job training.

Founded in 2011, Naya Labs is a software development company that helps early-stage start-ups develop and maintain their mobile apps, software, and websites. The newly launched internship program includes a scholarship to three rising juniors and seniors at Kenyatta University and 2-month of shadowing a Kenyan Naya Labs Senior Developer.

I spoke with Dwayne Stepter, Project Manager at Acuity Inc, about Tech In Africa, the passion that led to creating the Naya Labs internship program, and the impact he’s looking to make.

How did your journey lead you to create Naya Lab’s Internship Program?

I was born and raised in Baltimore, MD. I’m an Electrical Engineering graduate of Howard University. My entry into technology was through a summer internship program during my junior year.

Since then, I’ve worked in the satellite business for fifteen years, in data center support, and I’ve even started a couple of companies. My entry into Africa was through a company I used to work for, where I did some work around bringing satellites, broadband, and internet access to various parts of Africa.

Over the years, I’ve been to twenty countries on the continent. Through my travels, what I’ve realized is the technology that goes to Africa from this part of the world usually doesn’t always reap the technology benefits of tech. Several multinationals have gone to Africa, sold their products, and trained people to use them, but what often happens is that people leverage their new skillset to come to America or go to other Western countries.

So in the spirit of creating a self-sufficient ecosystem for the diaspora and Africans on the continent, I wanted to look at ways to bring STEM in a manner that expands the continent’s software development talent pool.

The model that we’re looking to mimic is the one I saw in Gurgaon, India, on a business trip. A gentleman built a talent pipeline for multinationals. He would identify talent through the IT universities and have that talent be the foreground for developing relationships with technology companies like IBM.

Now Gurgaon, India, is one of the technology capitals of the world for software development. There’s no reason this model can’t be replicated on the continent because the talent is there. The goal is to create an ecosystem that is your own, so you can build anything you want as a continent on your shores.

Also, I believe all developers have an idea of their own. For most, the reason that they are in the craft is to bring that idea to life. We want to serve as the catalyst that brings youth into the field and ultimately grows Africa’s tech ecosystem. An ecosystem that fosters mentorship and the growth of one’s technical skillset.

Why are you a good fit to lead this internship program?

For me, it’s personal. ‘97 was my first trip to the continent. I traveled to Malawi in east Africa. When I left these shores and landed on the continent, I felt complete. Growing up when somebody asked me where I was from, Baltimore wasn’t an appropriate answer for me. I think at some level when people of the diaspora look in the mirror, there’s a yearning to know from whence you’ve come. When I got to Malawi, I got my answer.

Second, because of my wealth of experience. I worked on the infantile stage of a government/ World Bank project on distance learning. I’ve seen how NGOs spend some of their money. With this internship, we want to spark change by creating a sustainable model where African nations can grow and train their talent in country, that way, they don’t have the flight because the system allows them to flourish.

What impact do you hope to make with this internship program?

We can all agree that you’re one of two things, you’re either a consumer or a creator. Although it’s fine to be both, at some point, we’ve got to create and not be a people of consumption.

I want the internship program to facilitate a new normal of Africa and the diaspora creating and sustaining itself because if we don’t develop the youth, then we’ll lose them.

For me, it’s not about money. My wealth doesn’t come from the number of zeros in my bank account, instead, being able to help a child to do something that they’ve aspired to do. Does that make money? Maybe? Does it help the child? Absolutely. Which one is worth more? To me, it’s the latter one.

You’ve got to be an acute listener and pay attention to detail. The less you hear about what your client’s problem is, the more you’ll be fixing something you thought you understood. And that’s a recipe for a lot of rework, capital being spent, and inefficiency. So as a developer, listening and attention to detail is extremely key. Another thing and I can’t stress this enough; you’ve got to be socially literate. A huge function of your listening ability is how you respond to what you are hearing.

Built In Africa encompasses thoughts, products, solutions, and the leadership who determine how it’s been built, that come from Africans on the continent or in the diaspora.

One of the misconceptions that we as a people have is that we weren’t enough. At least in the West, we’ve been trained in many cases that what you provide isn’t good enough until it’s approved. And I think when you start with the youth, then that notion is eliminated. Because if I’m sitting in the classroom and I see “me” teaching, and I see “me” developing products. Then, the odds of not being successful are minimal because you’ve built an ecosystem.

Whether the product is Built for Africa or the world, it’s important to recognize that although building for the world includes a wider audience, it’s not the only audience. And that the popular acceptance doesn’t need to validate you and that acceptance from the popular culture shouldn’t determine that you’ve arrived.

Thank you! Your submission has been received!
Oops! Something went wrong while submitting the form.
More related stories, just for you
How Agritech and Digital Literacy Are Transforming Farming in Uganda
RunTech is Teaching Aspiring Developers How to Code on their Mobile Devices