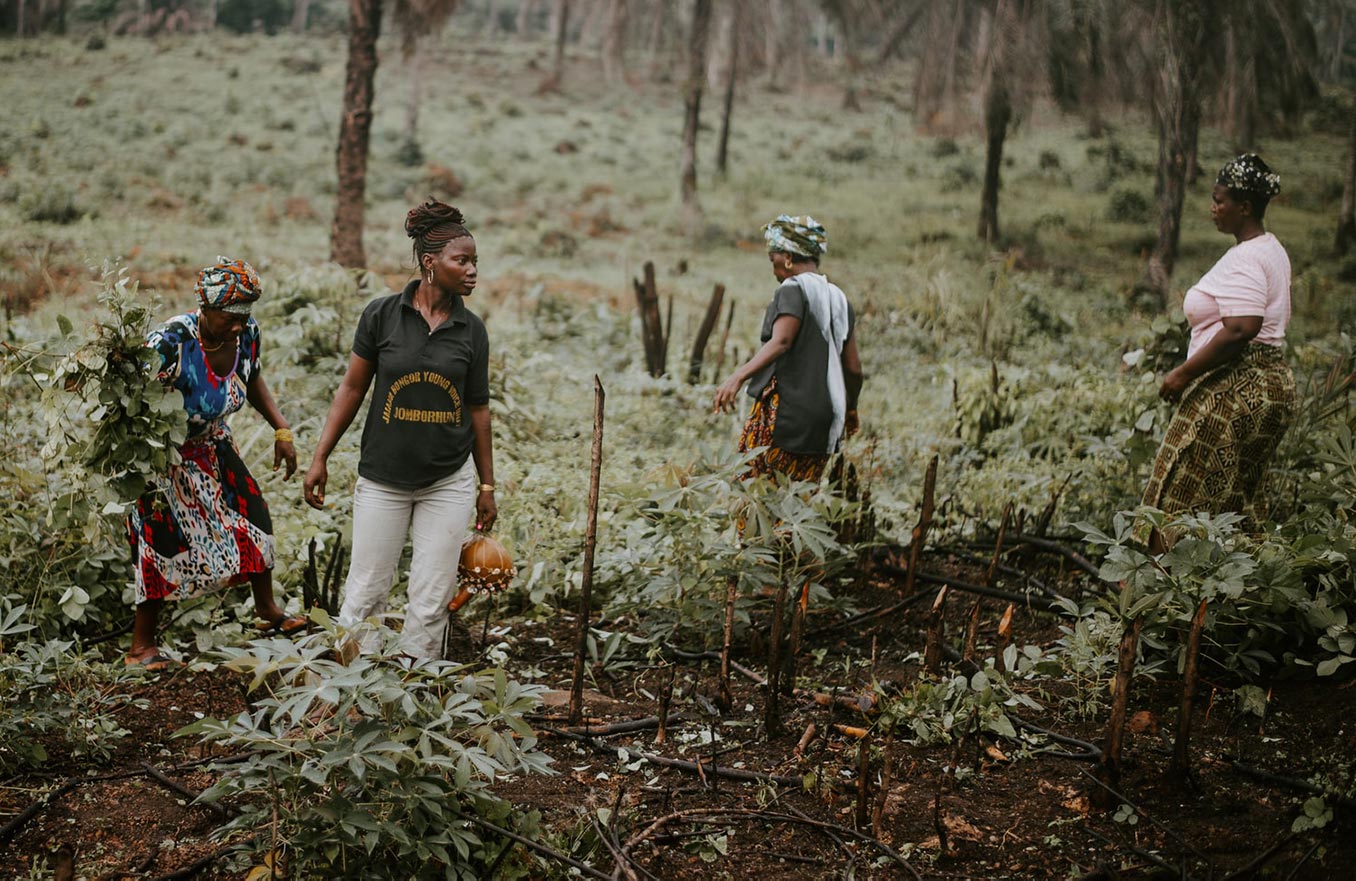 Over the next 15 years, sub-Saharan African farmers must produce 60% more food to meet its growing population’s demands.

Although Africa has most of the world’s arguable land, plant diseases pose a major threat to food security as it significantly reduces crop yield and compromises its quality. And while disease prevention is ideal, outbreaks are inevitable. The best path to increasing smallholder farmer productivity is reducing their impact.

For decades, farmers have relied on experts and experience. But recent technological advancements have digitized the once time-consuming process. By coupling deep learning and convolutional neural networks (CNNs), farmers can now identify plant diseases with the snap of a picture.

I spoke with Tumo Kgosiyame, CTO of Anton Tech, about building Project Anton, some of the challenges they’ve endured, and tech in Botswana.

I’m from Gaborone, Botswana, and I’m currently the CTO of Anton Tech and a Software Engineer at Digital Natives. My programming journey began in 2012 when I was 14 but officially started in 2017 when I joined the developer communities at iCode Hub.

I’ve always been an engineering kid. I love computers and figuring out how things work. And when I was 14, I began teaching myself the basics of Python. My school didn’t have computer studies, so a few of my classmates and I created a club, and I was the leader.

In 2017 when I started college, I joined the developer community and connected with devs in the industry. By 2018, I was building projects and working in tech.

I’ve been lucky to meet and work with devs who’ve taught me a lot, not just technical skills but also how to be a professional. And to further develop my skill set, in August, I’ll be going to MEST Ghana to study Tech Entrepreneurship.

What is Project Anton?

The existing process for detecting and addressing a new disease that comes into the country is slow. Farmers may have to wait for weeks for extension services to analyze the data to figure out the disease. Project Anton is a disease detection smart agent that uses convolutional neural networks (CNN) to identify plant diseases and provide treatment recommendations.

How it works, users take a picture of the plant and send it to Project Anton via WhatsApp, Facebook Messenger, Twitter, or MMS. The neural networks analyze the image using data from verified sources about diseases and respond with the disease name and treatment recommendation.

We decided to integrate Project Anton with some existing platforms like WhatsApp, Facebook Messenger, and Twitter before rolling out our standalone mobile application to make access as frictionless as possible. We didn’t want to require users to install our application to use the service.

The idea to create Project Anton originated from Botho Hacks, a subsidiary of Africa Hacks. The hackathon theme for that year was “Developing Technology to improve life in Africa.” In Botswana, as in most African countries, we rely heavily on agriculture and mining. We wanted to use technology to address some of the industry’s challenges and improve the country’s economic status as a whole.

After winning the hackathon and recognizing the project’s potential, my co-founder Kesego Mokgosi and I decided to continue working on it and put it into the market. It’s unfortunate that many teams after they win a hackathon, sweep the idea under the rug. It’s why I always encourage hackathon winners to build their solutions. Africa needs it. Also, many great projects currently running today came from hackathons.

Realize that it doesn’t have to be perfect to start. We have not yet officially launched Project Anton and won’t be for a few months, but the project is still up and running.

To build Project Anton, we started by asking ourselves the question, “what exactly are we trying to build,” and then began to visualize people using the finished solution. Once we had a clear sense of direction, we set milestones and then broke down the project into small pieces.

As the saying goes, you don’t solve a jigsaw puzzle by matching each piece all at once. You put the pieces together one at a time.

After building one small part, we’d review it to see all our spaghetti code and continue rewriting until that small part was perfect. We plan to repeat that process until the mobile application is complete.

Also, one practice that we’re following is to build all of our features independently. For example, if the camera fails, the entire mobile app doesn’t crash. Because it's built it in a way that all of the features are independent, so the application is not affected if one feature crashes. 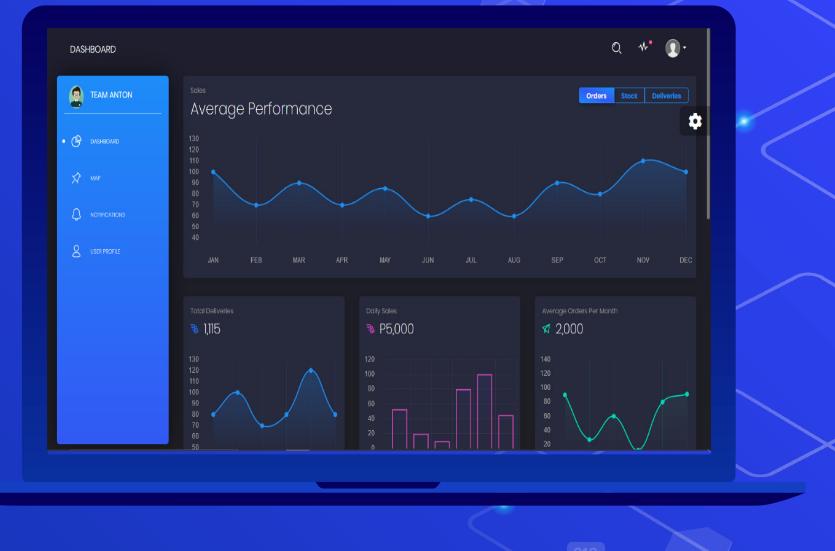 Our major challenge is getting people and companies in the agricultural space to adopt the technology. In most African countries, getting people to migrate is hard; yes, some countries are trying, but people are stuck in their ways.

Even though Project Anton can bring productivity to farmers, getting them to trust the technology and use it is a bit of a struggle. To address this challenge, we plan to lead demos that show people how Project Anton works, starting with the people who oversee the different regions.

Then, go to the farmers and show them what they can achieve by using Project Anton and how it can make their daily lives much easier. Recognizing that some may not trust the technology, we plan to get the kids and the grandkids who use tech regularly to bring their parents and grandparents on board.

What role does empathy play in collaborating with other developers?

Kesego and I have known each other since 2017. We met through one of the developer communities. And since then, we’ve worked together on a bunch of projects before Project Anton. We are a great team, Kesego knows how I work, and I know how he works.

Empathy is a huge part of collaborating successfully with other developers. It makes it easier to work together and achieve your goals. In contrast, a lack of empathy can result in miscommunication and ultimately affect the project’s outcome.

Also, don’t hand off work you can do on your own. Most people won’t say it, but no one enjoys having to do someone’s work every time they encounter an error. Realize that just because someone is in a position to help doesn’t mean that you should bother them with every little error you encounter.

Being a part of the developer community

Even though I started in 2012, it was just me being an ambitious kid, wanting to know how stuff works. Yes, I did learn a thing or two on my own, but my development accelerated when I met people in the industry who guided me along the way.

Being a part of a dev community is essential. Yes, as a smart kid, you can figure a lot out on your own, but having someone to guide you can help you move from a beginner to a senior dev faster.

The benefit of developer communities is you learn the skills you’ll need to work in the industry. DSC’s primary mandate is to close the gap between college and the industry. Most universities only teach the basics, so we try to discuss and train students on the technologies they’ll need.

As a developer, it’s great to have a platform to come together with people who want to make Africa better for everyone.

Built In Africa is a place to be encouraged, read stories, see how other devs began, and got to where they are today. Today, there are many innovators building amazing products who stay behind the scenes. Getting their stories out there can motivate people interested in tech to join.

It also humanizes us. People often think, ok, this guy developed this amazing project, so he’s way smarter than me. But by reading our story, they’ll see we’re just normal people trying to build great products for Africa.

Thank you! Your submission has been received!
Oops! Something went wrong while submitting the form.
More related stories, just for you
Creating the Digital Infrastructure for Zambia's Music Industry
Growing Ghanaian Businesses With Financial Education & Management Tools