Kenyan CivicTech Company Bridging The Gap Between Government And Citizens 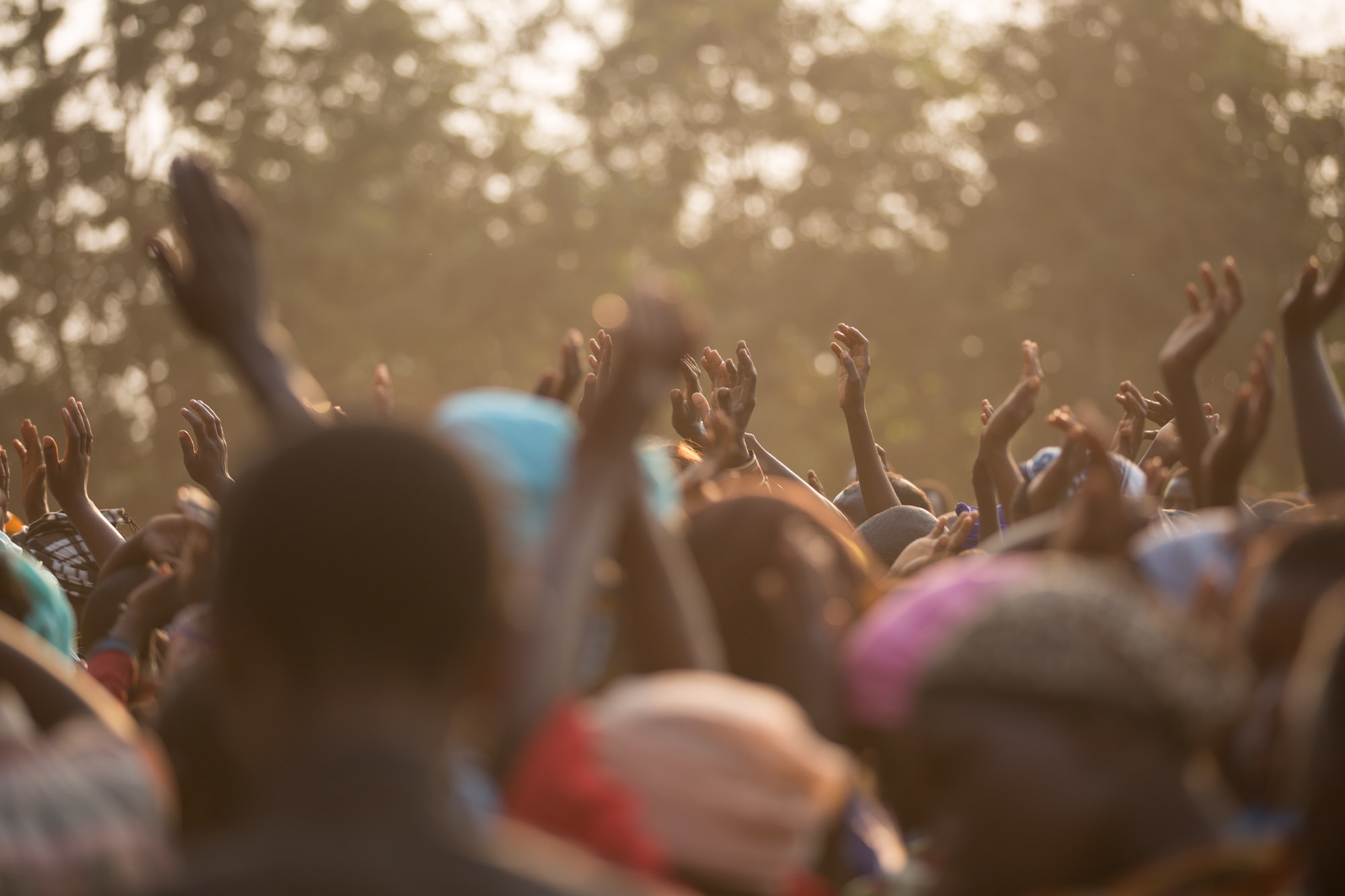 Across Africa, the emerging leaders pushing for public sector accountability and civic engagement are not the heads of NGO's, but the innovators' using technology to build solutions that amplify the voices of the people.

Civic technology "CivicTech" is a sector of products that enable engagement, participation, or enhance the relationship between people and government. These products do a lot including help governments get a better understanding of their citizen's wants and needs.

Kenya, arguably the leader in Africa's civic tech sector as its origins are traced back to 2007, has adopted technologies that encourage public participation, transparency, and democracy over the past 13 years.

iGovern is a new CivicTech product that aspires to provide citizens with the opportunity to work together with their elected leaders.

I spoke with Vuyanzi Glorious, the UI/UX Designer behind iGovern, about her experience as a Designer, the experiences that have most impacted her development, and Tech in Africa.

How did your journey lead you to iGovern?

I’m a fourth-year computer science student at Masinde Muliro University of Science And Technology, and a UI/UX Design intern at AMPATH Kenya.

I’m also the Developer Student Club Lead at my school, which is a Google-sponsored community group for students interested in Google developer technologies where we hold sessions on design, data science, android, and web development.

How I found myself in tech?

I usually say that I’m the case of an arranged marriage that worked out in the end. My parents decided that I would be a Computer Science major. Initially, I was not interested in tech, but it grew on me.

For an entire year, I struggled with being in computer science. Ironically, what started the change was training high school girls to get them to love tech. Funny right, I didn’t love computer science but tried to get other girls to come into tech.

Somewhere in the process of teaching them how to build applications and get into competitions with Technovation, I realized tech was fun and that I had a place in tech.

iGovern was birthed out of the Google Solution Challenge.

We built iGovern to help our leaders hear the voice of the people they represent. iGovern gives citizens the opportunity to work together with their elected leaders to build the county they desire. Citizens get the opportunity to air their views and suggest improvements anonymously hence giving them a safe "space" to be heard.

The reporting feature allows citizens to report to the governor and senator in their location. For example, if a citizen is in a public hospital and the doctors do not serve them or they are asked for a bribe, they can report it anonymously.

The governance of our county where we study is ready to use it.  At the moment, we’re still in beta, but the app should be coming out within a month. We were just waiting for the results from Google to launch which came out on the 27th. And out of the entire competition we were ranked number 12.

What role did empathy play in building iGovern? And how important is empathy in the UI/ UX Design process?

It played a critical role in building iGovern, as the designer, you have to put yourself in the users’ shoes constantly. Otherwise, you’ll build a product that won’t get the response that you’re aiming for from users.

You’ll put the app out thinking you’re solving a problem, but you’ll later find out that the users are not enjoying the experience, and that’s a result of not having them in mind.

The design process started with identifying the problem. Once we understood the problem, we talked to potential users of the platform and got feedback on what features they wanted.

We took all the feedback and narrowed it down to the most meaningful ones and the ones we felt we had time to implement, given the short timeframe.

What were some of the biggest challenges you faced during the design process?

The biggest challenge was the timeline. We had a month to deliver an MVP. As the designer, the entire project was dependent on my ability to research and create the Figma designs in a timely manner, so the developer had enough time to build.

After doing my research and completing the design, I presented it to the developer to implement, and although he liked it, given the timeframe, he said he couldn’t deliver it, so we had to tone it down.

Initially, I was upset, but we decided that once the Google challenge was over, we’d implement the design that I made.

Honestly, this actually led me to start learning Android. I’ve been in a lot of similar incidences where I design something, and the developer says no, I’m not implementing that design.

A lot of people tell me that designing is easy. But just like development, design is hard. I think people need to respect designers more. We also spend a lot of time creating our end product and are committed to our craft. 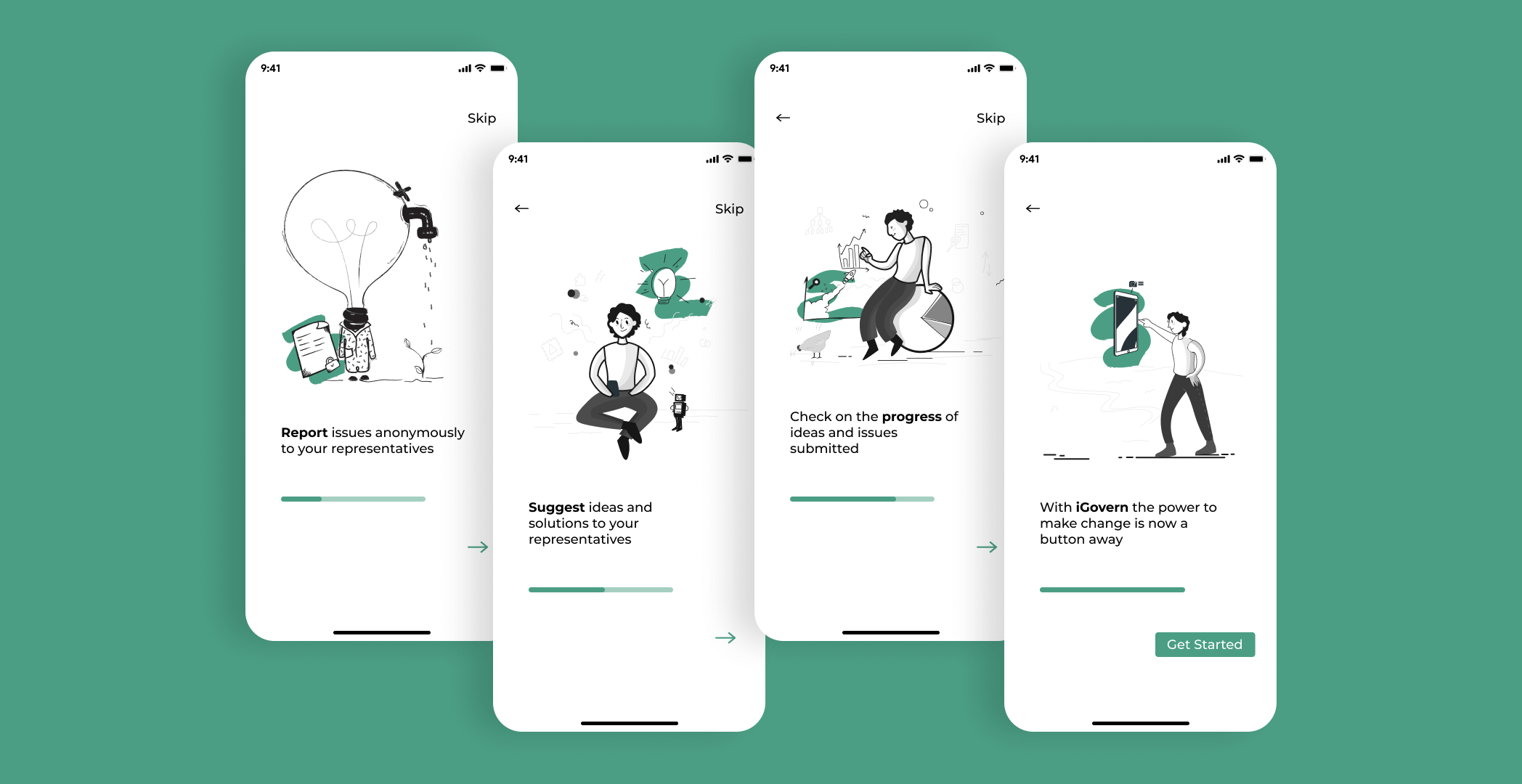 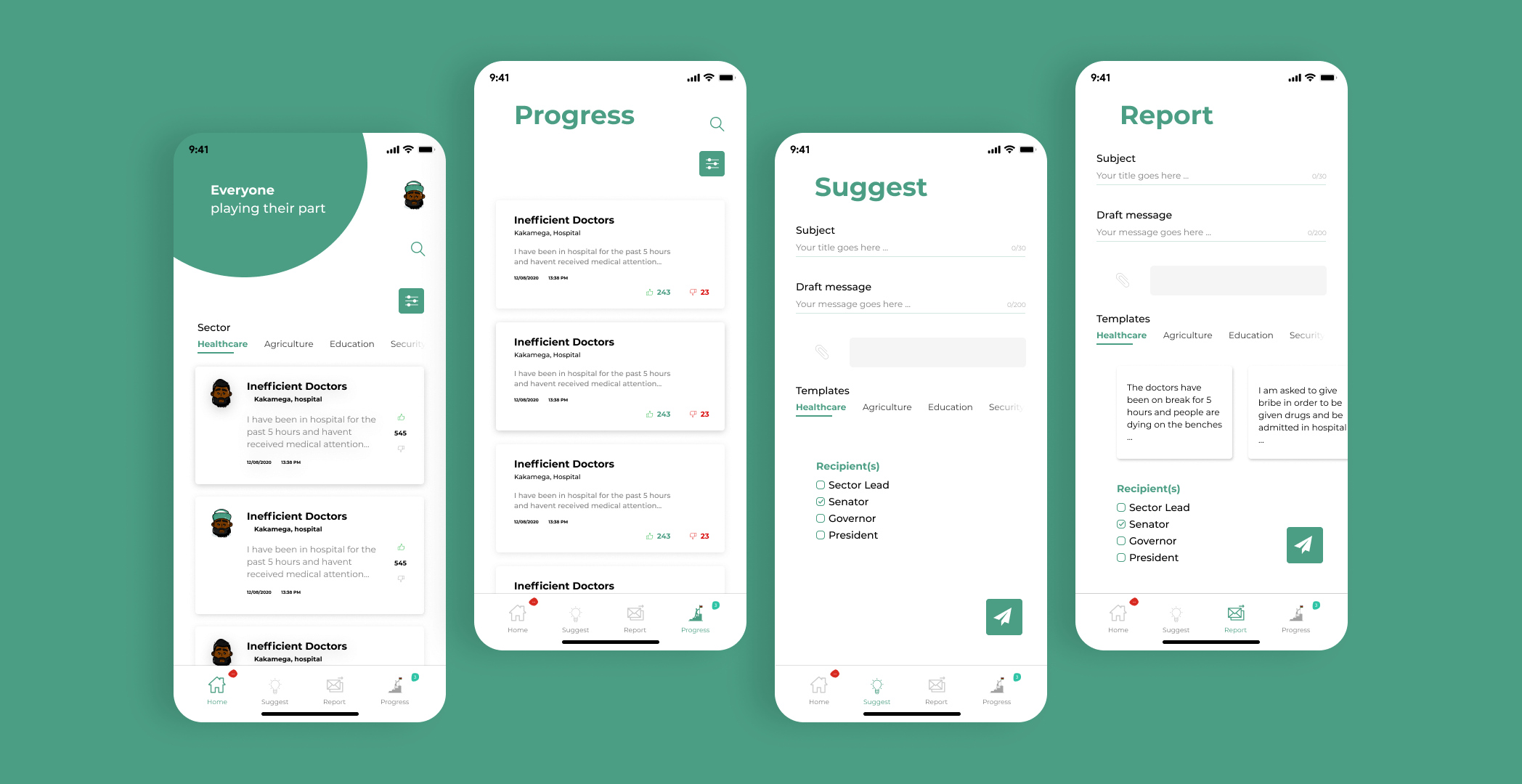 What experiences have had the most impact on your development as a designer?

I’ve grown so much from open source. Although I’ve only been contributing for two months, I’ve learned so much from the lead designer and the feedback she has given. I would encourage every designer to get involved in open source projects.

UI/UX Design competitions are also great. I’m participating in HNG, and the objective is to solve problems fast.

You're given like a week to work with your team (designers and developers) to build an entire product. And at HNG, if you don’t meet the competition’s points, you’re kicked out. I had five hours to make an intro video, and I did it. Even though it was outside of my comfort zone.

HNG has shown me that given the right environment and the right amount of pressure, you can accomplish a lot more than you think. So I would encourage other designers to participate in online programs because they will stretch you and expand what you think you’re capable of doing.

As the Developer Student Club Lead at my school, people approach me with a lot of random questions. Being in this role has pushed me to learn things I wasn’t interested in or are outside of my comfort zone to ensure that I can respond to people’s questions.

Words of wisdom for other Women in Tech?

One of my mentors gave me some advice three years ago that I’ll share. Whether you’re ready or not, wake up, show up, and turn up. Because you never know when your opportunity will arise, but I can guarantee that if you keep showing up every day, it will come.

Yes, you will take some losses, I have gotten rejection emails too. And at times, I spend a day internalizing that I’m not good enough, but don’t allow those losses to stop you. Be patient with yourself, and keep showing up. And if you are offered a seat on a rocket ship, don’t ask what seat! Just get on.

Finally, people realize that there are tech products built in Africa. I feel like when people mention Africa, people think of this continent where nothing’s happening. But things are happening. We’re not where we want to be, but we’re getting there. And along the way, we’re providing encouragement and inspiration to one another, reminding ourselves to keep showing up.

Thank you! Your submission has been received!
Oops! Something went wrong while submitting the form.
More related stories, just for you
State of User research in Africa 2022
Fueling Ecommerce Growth With Multichannel Inventory Management