African Tech Journalists: Changing the Narrative One Story at a Time 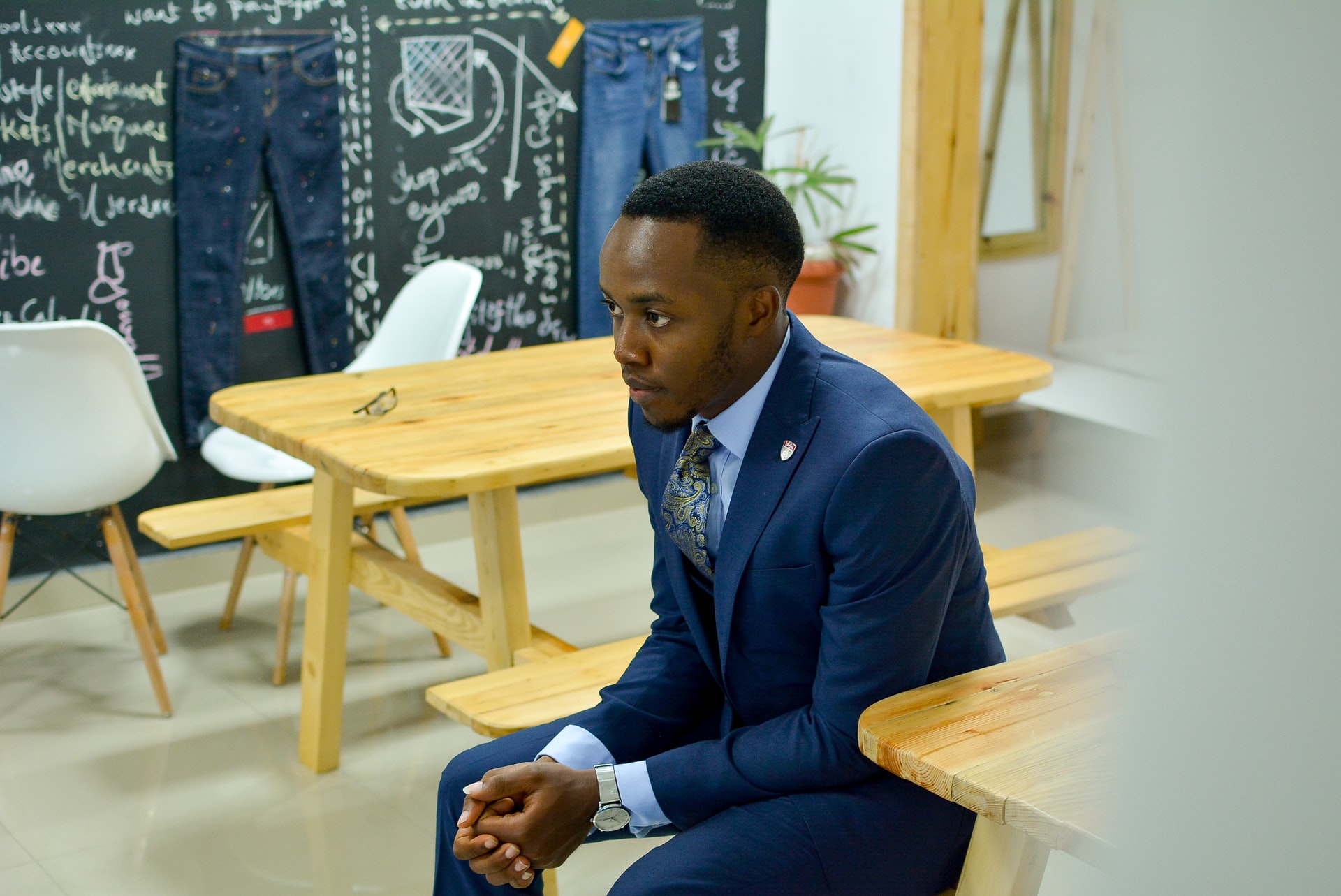 “Narrative is a way of looking at the world. An overarching concept that influences thought, meaning, and decision-making. A good narrative will use a range of stories to illustrate, animate, and validate its message. It gives meaning to a broader vision, a view of what’s possible, and why we should head in that direction.” — Michael Margolis

Sharing stories is the core of Built In Africa’s mission. Showcasing innovation and the techies behind them is how we’re contributing to the continent’s global narrative.

Only a part of the collective solution, which includes other platforms and storytellers who also aspire to reshape Africa’s narrative, we recognize that connecting with others doing the work is just as important as storytelling. Recently, I spoke with Benjamin Dada, a Tech Journalist covering Nigeria and sub-Saharan Africa.

Since entering Nigeria’s tech ecosystem five years ago, specifically Lagos, Yaba, Ben has seen the ecosystem evolve quite rapidly. An evolution that goes beyond innovative products and includes a shift in the greater Nigerian mindset towards tech. Boldly stating that tech is what medicine was 20 years ago, as parents now see it as a lucrative career.

In 2017, Ben began his tech journalist career contributing to Techcityng. Then in 2018, he launched his own platform Benjamindada.com (AKA DadaBenBlog), which started as a personal blog but has since evolved into a tech media platform that delivers long-form articles that focus on telling stories about entrepreneurs, startups, and developers.

DadaBenBlog now has over two full-time journalists, 2,000 subscribers, 10,000 monthly users, and millions of google search impressions. Only the start, Ben aspires to create more opportunities for people to become storytellers and make a living as a journalist.

During our conversation, Ben discussed the importance of narrative, what inspired him to create DadaBenBlog, and what Paystack’s $200 million exit to Stripe means to Nigeria’s tech community.

The tech industry’s role in the continent’s evolving narrative

In 2019, less than 10% of global travelers visited Africa. Considering the small percentage of people who travel to the continent, the average person’s perception of Africa is likely based on what they see and hear in the media.

Africans, not having a platform on the global stage to share their own stories. Resulted in the news media, an industry that tends to focus on society’s negative parts, facing limited counter-narratives. Ultimately allowing the narrative of war, famine, and poverty to prevail.

However, the rise of internet penetration across the continent and the growing use of social media has provided Africans with the tools to distribute a different narrative. The tech ecosystem being at the forefront of this movement, I asked Ben his thoughts on the continent’s evolving narrative.

Prior to the internet, a few incumbent media companies had monopolized conversations and shaped the opinions and perceptions of millions, towards or away from a particular thing. These companies had all the broadcast rights and powers, such that whatever they said is what the masses heard.

This unbridled power affected Africa and Nigeria by extension. Because many of these media institutions who do not even know the difference between Nigeria and Africa were publishing a one-sided story about us, our country, and the continent. So, for a long time, that’s all the average Joe, who could be a potential Nigerian investor, employer, or tourist knew about Africa.

At the time, there was no internet, social media, or user-generated content to balance narratives or share perspectives with relevant local nuance. And even when those things became mainstream, adoption had been slow in much of Africa.

For instance, many black children and ethnic minorities don’t see themselves as potential superheroes. They think superman can only be white. That mindset is a result of not creating and telling our own stories. Thankfully, that is changing now. Recently, the global entertainment company Disney partnered with a pan-African creative company to create an African sci-fi series.

In addition, taking hold of our narrative is also important in tech and for tech startups. Because, for instance, in Silicon Valley, a unicorn, defined as a billion-dollar company, indicates huge growth and success for that startup.

But currently, I don’t think any Nigerian company can be worth a billion dollars, as our tech startup ecosystem started bubbling 15 years ago and only really accelerated five years ago.

So, we can’t afford to measure ourselves based on other people’s standards; otherwise, we’ll see ourselves as failures. Nonetheless, we need to create our own ideals and stop following metrics created elsewhere.

Creating a media platform centered around tech in Africa

Within the broader narrative of tech in Africa, there are many stories to be told. This requires platforms and storytellers willing to do the hard work to discover their niche or perspective that can add to the conversation.

At Built in Africa, our niche, informed by a deep dive into Africa’s tech media space and the opportunities we uncovered, is clear. 1) connect Africans on the continent and in the diaspora through the unifying language of tech. 2) share stories of the technical talent and community organizers contributing to the growth of Africa’s tech ecosystem.

Curious about the origin story of DadaBenBlog, I spoke to Ben about what void he discovered that inspired DadaBenBlog.

I didn’t think so much about it before I started, but I realized a few things after starting. The first is that the people running the two most popular tech media platforms in Nigeria are in their mid-30s.

They’re from a “different generation”, and many younger people, when they create something innovative, find it difficult and awkward to cold email an editor at one of these platforms to request a feature.

However, when it’s your friend or age mate who has a blog, it’s a bit easier, and there’s a higher chance you’ll get featured, ultimately making access to the public somewhat democratized. I remember when I was building a community for young entrepreneurs to get mentored (wehustleng).

I sent a really long DM to an Editor at one of these big tech blogs, and it just felt like I was forcing it. Maybe, what I built might not have been terrific or newsworthy, but I feel like I might have felt more comfortable talking to “my guy (similar age bracket)” who works in media.

With DadaBenBlog, we’ve given access to our generation of innovators. Right now, our focus is on figuring out our niche and unique proposition before we scale to cover stories in other countries like Kenya, Uganda, and South Africa.

I want to define why someone should see the same news story on Techcabal, Techpoint, and DadaBenBlog and choose DadaBenBlog. I think it’s really important to figure out our engine and what we need to do to increase our engine’s output.

Over the last decade, Nigeria has risen to become a continental powerhouse in tech. New startups continue to emerge, and investors from across the world are infusing the system with capital.

In early Q4, TechCrunch broke the news of Nigeria’s very own Paystack being acquired by Stripe for $200 million. Since its founding in 2015, Paystack has been one of Nigeria’s many shining stars. In 2016, they became the first Nigerian startup to get into Y Combinator and now its historic acquisition.

For many Nigerians, proud doesn’t fully capture the feeling many had when the news broke. But that sense of pride didn’t stop in Lagos. It spread throughout Africa’s tech ecosystem, extending to Addis Ababa, Ethiopia in the east, to Casablanca, Morocco in the north, and Johannesburg, South Africa in the south.

The news was a win for all Africans, on the continent and abroad. Curious to know what that moment meant for those active in Lagos Yaba’s tech ecosystem. I asked Ben what Paystack’s $200 million exit to Stripe meant to Nigeria’s tech community.

I can categorize the impact of the Paystack acquisition into three: legitimacy, a conversation starter, and more opportunities.

Shola Akinlade and Ezra Olubi look like me, and for all intents and purposes, Mark Zuckerberg does not. He didn’t go through what I went through. He was born in a more privileged society, so it’s easier to think of him as far off for many of us. But Shola and Ezra, who are nearby, their lives are more similar to what I’ve experienced and what many of my Nigerian brothers and sisters have experienced.

When I did my MSC, I met with people from different countries, and whatever someone started a conversation, it was usually based on where the person was from. For instance, if you were from the USA, they would say, oh, how are you managing Trump?

If you were from Nigeria, they might say, are you a Nigerian prince? Which, to those who are unaware, is not a flattery comment. Nigerian prince refers to scammers and 419. However, now the conversation can be about how tech is bubbling in Nigeria.

Up until this point, Paystack has built its business with local talent, creating a lot of opportunities for Nigerians. The acquisition allows more Nigerians to work for a world-class company from Nigeria.

I want to encourage people if they have an idea to try. Don’t let the fear of potentially failing or not being consistent hold you back.

Using myself as an example, I didn’t have a dream of becoming a media entrepreneur, founder, CEO, or whatever glamorous title people often have in their five-year plan.

It started with me being curious about personal branding. I bought my domain name and sat on it for a year. When I decided to create a tech blog, I could have wasted time thinking, what name do I call it? Or complained that all the names are taken, TechCabal, TechEconomy, TechNext, tech this, and tech that.

Unfortunately, most times, people think too deep about a decision and then never make one. I want people to try because, as a content creator, you will see results if you can do it consistently for six months to two years.

Thank you! Your submission has been received!
Oops! Something went wrong while submitting the form.
More related stories, just for you
Life as a Nigerian Developer: Overcoming Stereotypes
Work in Africa in 2040: How Africans foresee it