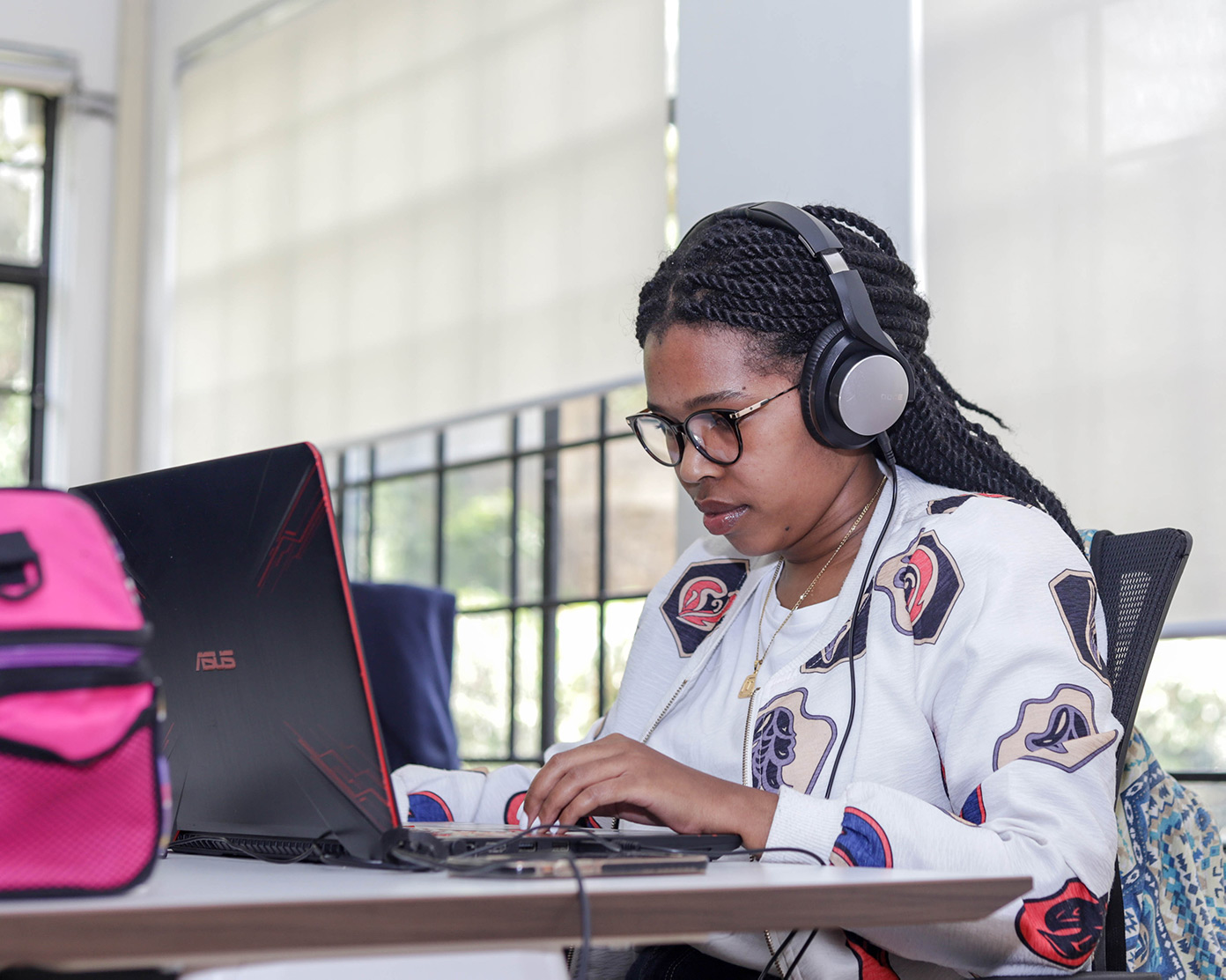 At the heart of a thriving startup ecosystem are established tech companies committed to developing talent and training the next generation of tech entrepreneurs. A phenomenon that gradually transformed Silicon Valley over the past 100+ years, as the previous generation of companies served as a platform for the next, i.e., the hundreds of companies launched by ex-Google Engineers.

Today, while Africa’s startup ecosystem still needs legislation and capital to fuel growth. Talent has also impacted progress. The demand for developers equipped with the technical capabilities to start and grow a tech business outweighs the supply.

Often dated by the launch of M-Pesa in 2007, Africa’s startup ecosystem is less than 15 years old. Still maturing, the industry isn’t large enough to train a sufficient number of mid-level and senior engineers. And while Edtech companies like Gebeya and tech hubs have helped develop talent, there’s no substitute for time.

Recently, many of the first-generation startups in Nairobi have reached the point where they can invest in the next generation of tech entrepreneurs. One of them is Tracom Services Limited, the Kenyan payment solutions company.

Tracom created a six-month payment academy to train students in software development and security for Web, mobile, POS terminals, and ATMs. The Academy aims to bridge the skills gap that has led many African fintech companies to outsource their software development outside the continent.

I spoke with Eunice Mureithi, Head of Training at Tracom Services, about Tracom, the inspiration for creating Tracom Academy, and the Academy’s success stories.

Tracom is a 100% Kenyan owned payment solutions company. We started in 2008, and over the last 12 years, we’ve expanded our services to 28 countries in Africa. We are the leading payments solutions provider in the continent.

We were the first company to offer an agency banking solution in Africa. Banks were looking to increase access to their services, but recognizing that the traditional banking model of setting up and running a branch was too expensive, they used our solution to extend their services to third-party agents using a POS device.

Our agency banking solution offers account opening, cash in, cash out, Balance inquiry, and other basic banking services. Today our solution is used by banks in East, Central, and West Africa.

At Tracom, our vision is to provide payment solutions that go beyond the African continent. Right now, the laptop and phone I’m using are running on American software. And what we don’t get from the US, we get from India, China, or Europe. We want to change that and for African solutions to be on products used globally, whether it be an HP computer or in a payment device.

What is Tracom Academy?

The general structure is as follows; the first four months are full-day training on different technologies. Then, the last two months are spent working on live projects within Tracom. Once a cohort is done with the classroom and practical training, we bring in the next one.

So far, we’ve had three cohorts, and 100+ students go through the Academy. And in April, we’ll be onboarding our fourth.

What specific void did Tracom discover that inspired the Academy?

It was about bringing in young talent into Tracom and tapping into what they can add to the industry. At Tracom, the average age for a developer is under 25 because they’re the ones who will come up with the innovations of the future. While the older guys are responsible for guiding them as they work on what will be used 10 – 15 years from now.

However, when we decided to open up our Academy to other students, it wasn’t for financial gain. Having done well for ourselves as a company, we thought, why don’t we give back to the nation and the continent. Yes, we would benefit from having more talent in the industry, but it wasn’t about us. It was about filling the skills gap we saw in Kenya and other markets we operate.

Who is a good fit for the program, and what do participants gain from Tracom Academy?

Most of the students that come into the Academy know at least one programming language. They usually have a base that we can build on, which allows us to move them through topics very quickly.

We accept the best into the Academy, but we’ve redefined what that means over the past year. We’re not only looking at academic qualifications. Our focus is your desire to innovate and learn. We don’t believe you need to score a certain grade or have come from a specific institution. It’s about what you’ve done with what you’ve learned.

As for what participants gain, the developers gain practical knowledge for industry or entrepreneurial use. We also admit developers who have their own projects, and we show them how to get them ready to go to market.

For example, let’s say you’re an app developer and you want to build an app that can do X, Y, Z. We’ll walk you through the process and any gaps you might have in delivering the project. So by the time you’re done with the Academy, you can build it from scratch and take it to the market.

In the previous cohorts, Tracom has offered this training for free. We provide everything the students need, including Airtime, Internet, and computers. Students receive mentorship from Tracom management and developers. And learn both front-end and back-end skills, and gain exposure to industry-leading technology and the fine details of building payment solutions.

However, due to the increased demand and our desire to grow the developer’s ecosystem, we have introduced a cost-sharing element. The developers who do not fit into the free program pay a small fee. 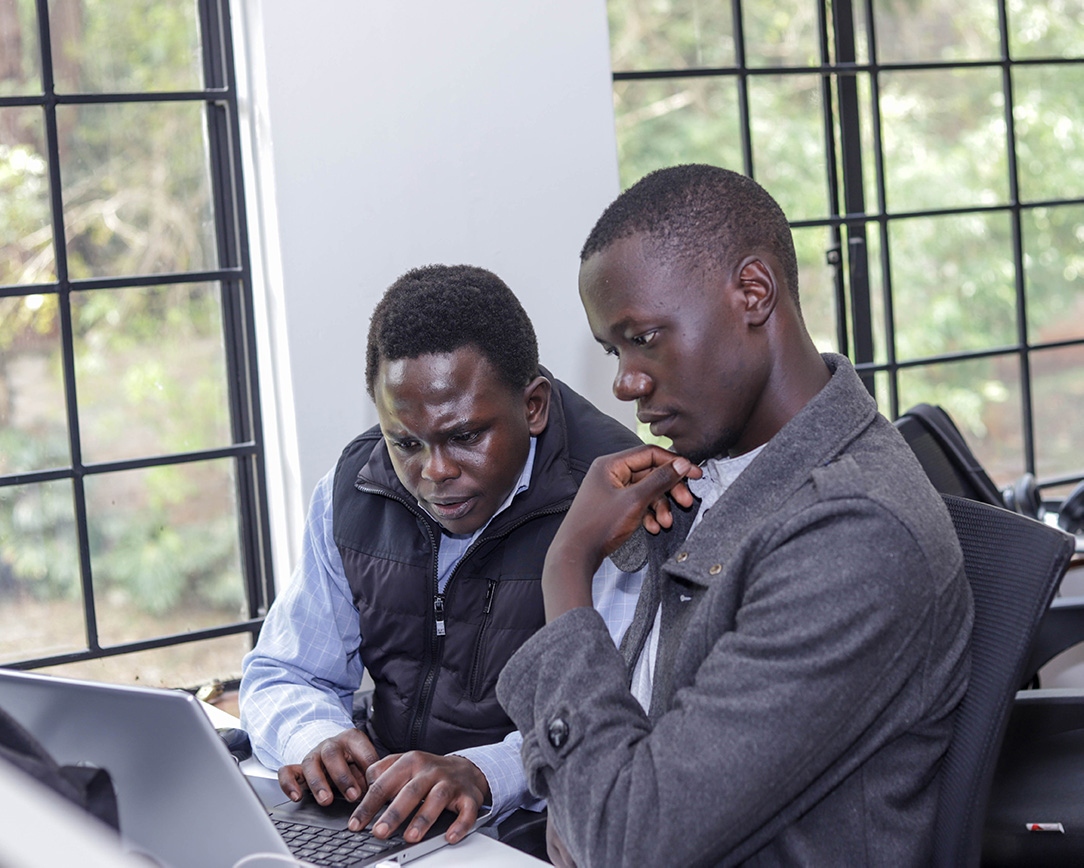 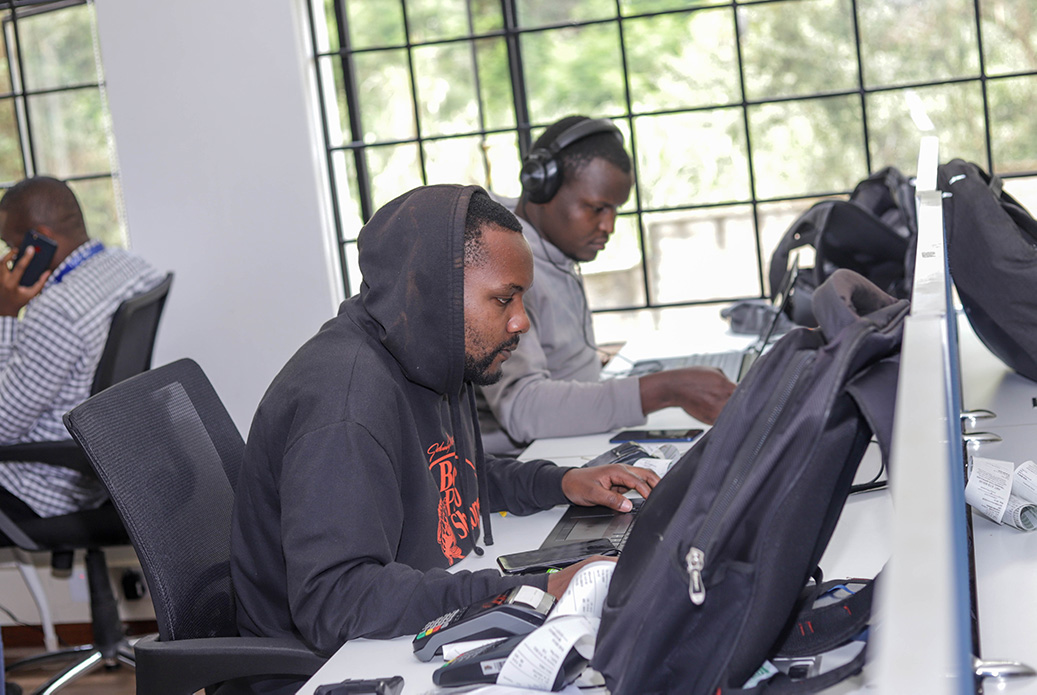 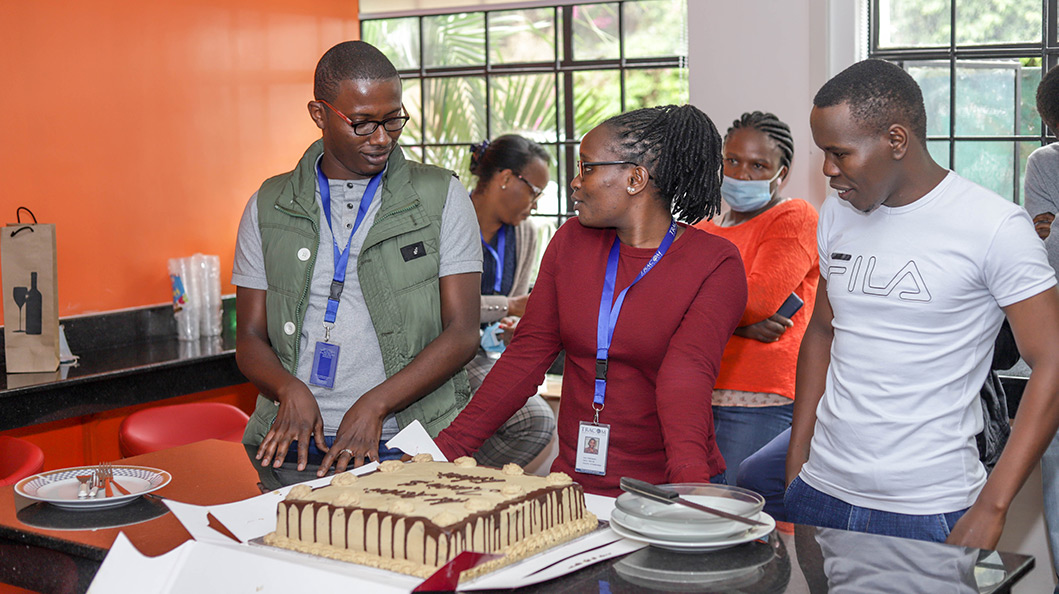 Our success is part of our motivation for scaling the Academy. 98% of our graduates have either been hired internally or externally by other organizations.

Maurice Omondi, a member of our first cohort, came into the program like many developers, with a good foundation of the technologies but had limited experience applying them in real life.

At Tracom Academy, he learned:

After the program, Maurice joined Tracom as a Software Developer. And he is currently developing a merchant acquiring solutions from scratch for our clients in Ethiopia, which was certified by Mastercard and Visa in 2 weeks.

Fridah Kanario, also a part of our first cohort, learned Spring Boot framework for back-end and Angular framework for front-end development. After the program, he joined Techsavanna as a software developer and is now a Quality Analyst at Tracom.

How do you see Tracom Academy evolving?

When we started the Academy, we looked inwardly, deciding what we needed as a company, which came with a demand for a certain skill level. Now, as we’ve evolved and opened up the Academy to more people, the type of talent we accept is different. We look at those who have some training, whether formal or self-taught. And aim to get them ready to go out into the market either for entrepreneurship or full-time employment.

Also, even though we have started with Kenya, we plan to open branches in the countries where we have a presence in the next 3 to 5 years. We aim to develop local talent to solve local problems and eventually position them to drive innovations that will improve the penetration and use of financial services and products in Africa and the rest of the world.

The phrase Built In Africa is a source of great pride for us. Talent is abundant across Africa, but many never get to showcase it due to the lack of opportunity.

Tracom’s vision is to position Africa as a source of talented software developers and the breeding ground for innovative solutions that have a global impact. We’ve seen how M-Pesa, which started in Kenya, has set the standards for mobile payments worldwide.

Thank you! Your submission has been received!
Oops! Something went wrong while submitting the form.
More related stories, just for you
A Holistic Approach to the Digital Divide (Mission 2030)
The African User Experience: How Umuntu is Educating UX Designers Across Africa