Leading an International Community of Newbies Learning to Code 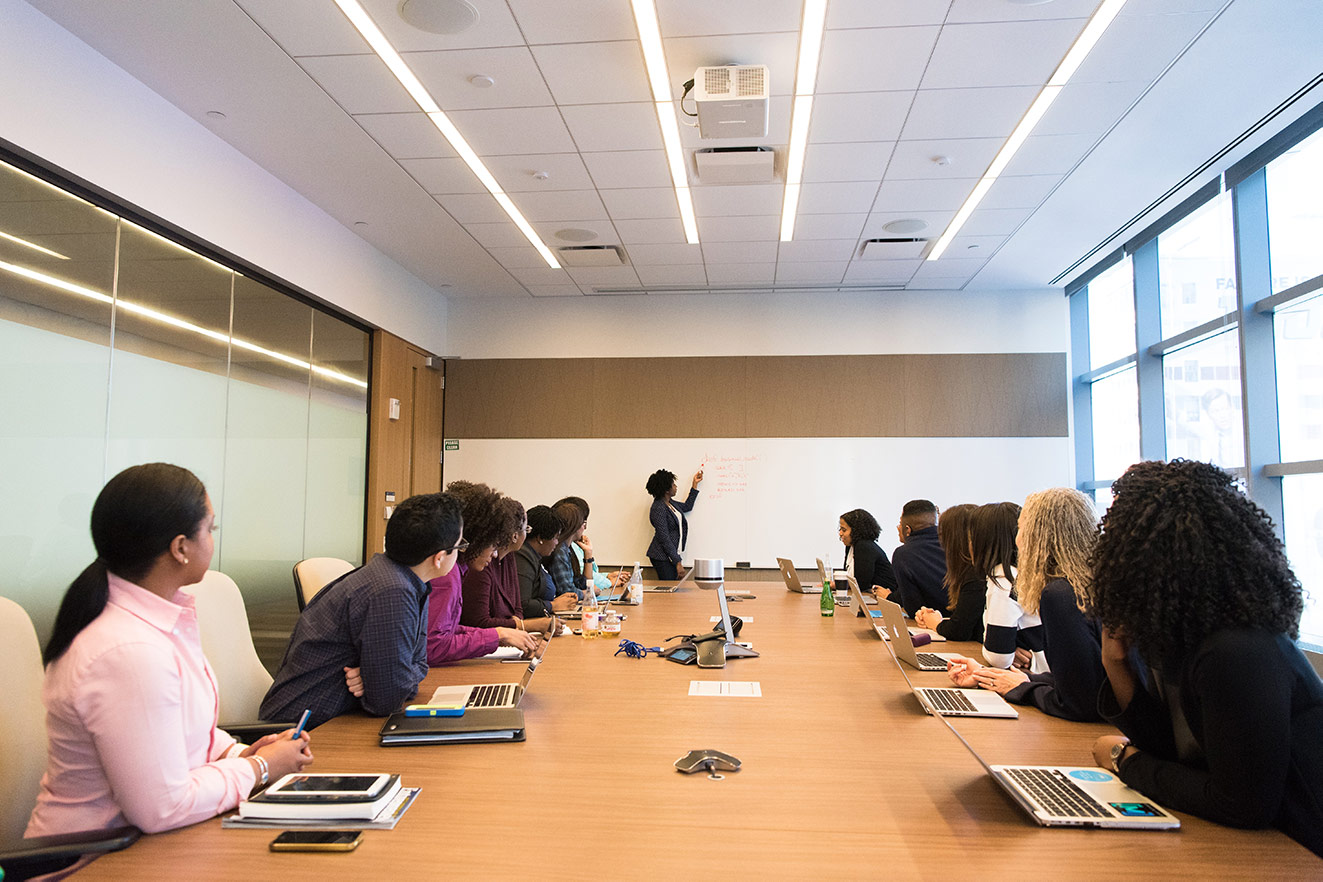 Contrary to the general assumption that development is done in isolation, developer communities, both virtual and physical, serve as the foundation and birthplace of innovation.

Although writing code is typically done in isolation, the most important part of a developer’s role is collaborative. This includes the ideation process before coding starts and problem-solving after deploying when challenges arise.

Moreover, as a newbie transitioning into tech, it’s easy to overlook the communal part in an effort to go fast. The desire to pick up your first language and become a world-class programmer all in one month seems enticing.

But programming is hard, and traveling the journey alone can only get you so far. Communities provide the emotional support needed to transcend the many obstacles that will occur in your tech journey.

Like many others who have successfully pivoted careers into development, Saron Yitbarek started by teaching herself how to code—later recognizing the value of community for newbie coders; she created one.

I spoke with Saron Yitbarek, founder of CodeNewbie, about her journey from building to selling CodeNewbie, her new company Disco which produces educational audio tech courses, and what Built In Africa means to her.

How did your journey lead you to create CodeNewbie?

In undergrad, I was premed and had plans to become a doctor. Then, after shadowing one I learned medicine wasn't the right field for me.

After making that decision, I was lost and unsure of what career to pursue. I'm Ethiopian, and both of my parents are pharmacists, so naturally they were disappointed.

I eventually settled on journalism because I had worked for the college paper, and interned at the local NPR member station WAMU with Kojo Nnamdi. After graduation, I ended up getting a job at NPR in D.C, and I later moved to New York City to work at Discover Magazine as a fact-checker.

In my downtime at work, I read a bunch of books, and one of them was the Steve Jobs book by Walter Isaacson, which presented tech differently.

I always saw tech as I'm a gamer in my momma's basement eating Cheetos. Or a hardcore hacker with a hoodie trying to break into the NSA. But in the book Steve Jobs talked about tech as stories and design, the human element of tech, and I could relate to that.

Over the next couple of years, I worked at a few startups in non-technical roles which taught me that while working at a startup was exciting; engineers had the most important job. They were the most valued, had the job security, and made the most impact.

I said to myself, if I want to build a career in tech long term, you need to learn how to code. The next step was how. Do I get a computer science degree, learn on my own, or do a boot camp?

First, to test my commitment, and see if I was serious, I committed to 8 to 12 hours of coding for a month. I told myself, it's going to hurt, but you're going to do it and not decide how you feel until the end of the 30 days.

After the 30 days, I concluded that this is really hard, and it's very frustrating, but when it finally works, it's worth it. And it was worth it to keep going. I kept learning on my own for a couple more months, and then I applied and got accepted into a boot camp.

It was at that boot camp that I said, wow, it is really different learning with a group of people. I felt validated. Having that support system really changed the game.

In that, I realized that not everyone could pay $11,000 for a bootcamp and go four months without a salary. I thought, what happens to them?

That was the impetus for starting CodeNewbie. It was trying to solve the problem of if I'm learning to code on my own, where do I get my support system? And the answer for me was, CodeNewbie.

Our community mostly lives on Twitter by following us and using the hashtag #CodeNewbie. The hashtag has gotten really popular now, so other people use it as well.

When I started the TwitterChat, I would DM all of the tech influencers every week and ask them to retweet and participate, and they were always generous. And it was really as a six month part where I said to myself, OK, this is taking off. Like, I don't have to worry about whether people are going to show up today. People were invested and looking forward to it.

Today we still have our weekly TwitterChat's on Wednesday at 9 PM EST.

I started the podcast five years ago to create a space to have more in-depth conversations. TwitterChats is a great way to have a lot of back and forth conversation, but it's not a great format to dig deep and explore one topic.

On the podcast, we discuss three topics.

Our goal is  to support our community. We don't teach people how to code, because there are plenty of resources that do that. We focus on providing that community support.

Codeland came about because I do a lot of speaking all over the world. From these experiences, I noticed that there were no conferences designed for new developers and designers. That realization was the spark behind Codeland.

I also thought it would be a great opportunity to bring people together in real life. The first year we had a couple of hundred people out. Last year was 500 people, and this time it was virtual, so we had over a thousand people, which was great.

Advice to people who are building communities?

To build a community the most important thing is to listen to what your members need. That's the number one responsibility of the community manager, active listening.

Community management is very reactive, which can be a little frustrating.

It's an iterative process. You listen then adjust. You build, listen some more and then fix it up again. So being able to listen is the most important skill.

What led you to sell CodeNewbie, and to what capacity are you still involved?

What led me to sell CodeNewbie was kind of figuring out that although it was a good business, it wasn't going to grow much more beyond where we'd taken it. And so I thought to myself, if it's going to stay at this level, what does that mean for me?

In the process of weighing my options, I decided to apply to business school because I wanted to transition to the business side of tech.

Then, one day I got coffee with Ben Halpern, the CEO and co-founder of Dev to catch up since we'd not seen each other for like a year or two. During our conversation, I said, I'm trying to figure out what to do with CodeNewbie.

I have this opportunity to go to business school, and I also have this job offer to work for the New York City government as the deputy CTO and Chief of Staff. I'm not really sure where CodeNewbie fits in all of this.

I said, one of the options is to be acquired. Only if I could find a company to acquire us, that'll be great. Then it would have a long term home. When I said that Ben responded, we could acquire CodeNewbie. I was like, really? Then we spent the rest of the coffee brainstorming how to go about it and what that would look like.

I'm still very much involved. I host two podcast shows, I MC'd Codeland for twelve hours last week, and I'm on their board and leadership team. I also provide some editorial input, so I'm still very hands-on, but it's really nice to only work on the strategy and not worry about execution.

What advice do you have for new developers looking to break into tech?

That's the difference. We're all figuring it out and Google searching our way through everything. It's hard for everyone. And I think that when you first start and don't know that you look at a problem and go, it's so hard for me so I must be stupid. I must not be a good fit for this.

That's not a normal state of mind from most other professions. So that's my biggest advice, just know it's going to be hard.

When I hear Built in Africa? Two things come to mind.

I think of my desire to learn more about what is being created on the ground in Africa. I know a lot from the, I'm trying to break in part of the journey because of CodeNewbie, but I wish I knew more about the founding companies part of the journey. I follow a little bit about what's happening in the Ethiopian tech space, and how it's a hotbed for young developers.

Built In Africa says to me that Africans are building to solve our own problems and that we're able to help ourselves. The rhetoric around Africa is that we're always in need and accepting help from other people.

But a lot of other countries accept help. It's not something unique to us. And so the idea that we can build in our home for our people, by our own people, is very appealing and inspirational.

And I'm really excited for a couple of reasons. There are tons of really great ways to learn tough topics, but they're almost all visual, and that's a problem for two reasons.

Number one, video consumes a lot of data, which can limit its accessibility. In Africa, data can be expensive, so I'm excited to offer these courses in a format that people can easily consume. At a price point, the people who need the education can afford it.

Number two, if you have any visual impairments, you can't consume a lot of the technical content out there. Audio makes it more accessible in that way.

Education and access is something I'm passionate about. And I love audio because I've been professionally podcasting for like six years. And although you learn from podcasts, it's accidental learning.

While with Disco, I thought, what if you design audio courses that are optimized for learning. What does that look like? How do you accomplish that? And so that's the goal.

Thank you! Your submission has been received!
Oops! Something went wrong while submitting the form.
More related stories, just for you
The Moroccan Company Providing On-Demand Mentorship for Aspiring Creatives
Leading a Google Developer Student Club of 200+ Members