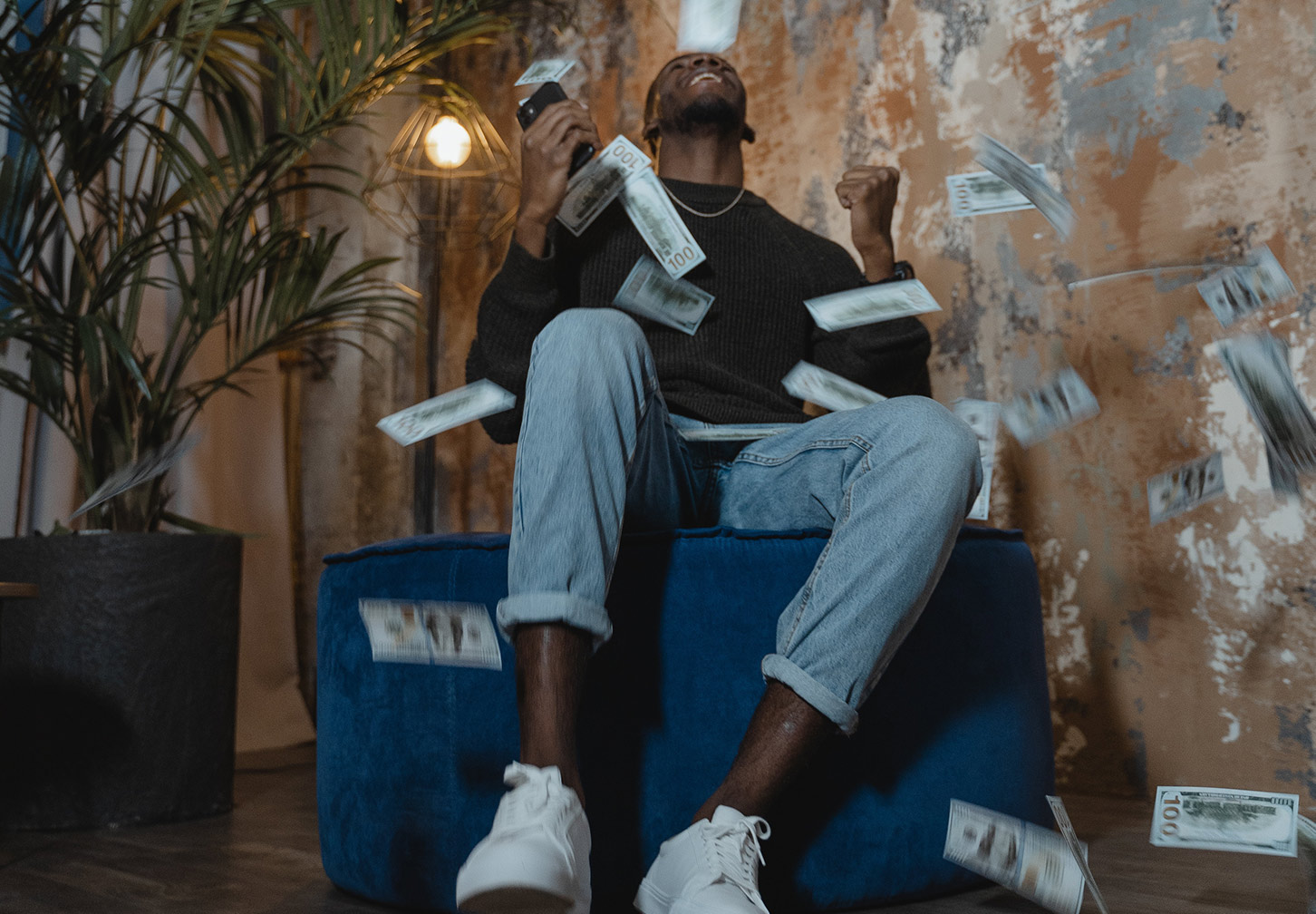 2021 is expected to be a record high in venture capital (VC) funding for the continent. In a recent report, AfricArena predicted that VC funding would reach between $2.25 billion and $2.8 billion.

While the venture capital scene in Africa is growing, only 2% of the total global venture capital goes to African startups. Similarly, on the other side of the Mediterranean, Black-led startups in Europe are underfunded, receiving less than 0.5% of VC funding.

Jessye Mouangué Bimono, an emerging fund manager at Audax Ventures, leads Audax Alliance, a capital enablement platform funneling VCs investment into diaspora and Black-led tech startups across 3 verticals (FinTech, Media, and Software). I spoke to Jessye about what inspired her to organize the Audax Alliance Virtual Summit, the value startups will receive from attending, and her tips for raising capital.

I’ve always been fascinated by tech. My journey began with teaching myself how to program on a few self-coding platforms. And like many others, I had a WordPress website where I practiced HTML and CSS. My tech career began after graduating from the University of Luxembourg with a Master’s in Entrepreneurship & Innovation. After graduating, I was looking for a job when a friend asked me to join him in Paris to start a tech company.

I spent the next year working as a Co-founder & COO, and I was responsible for managing the startup operations and building commercial partnerships. To build our MVP, we hired front-end developers in Ivory Coast. I was born and raised in Abidjan, so I knew the country, the people, and the culture. But I didn’t know the tech ecosystem.

At that time, although there was an emerging tech scene with startups and tech hubs, it was still early. There weren’t developers with global experience that we could tap into like there are today, but we still found talent capable of doing what we wanted. We went to several tech schools to interview students and picked the best.

After a year, I left and went to work at a deep tech company in the IoT space. I wanted to take a deeper dive into technology. I developed my technical skills as I worked as an IT Project Manager building the back-end to cloud infrastructure. I spent 2.5  years there, which  now led me to work at the intersection of tech and investment.

What inspired you to create the Audax Alliance Virtual Summit?

The Audax Alliance Virtual Summit came from my experience as an entrepreneur. As I mentioned, I started a company in 2015 with a couple of black French Diasporan founders and our experience getting access to capital allocators was a pain.

We didn’t have a playbook on how to navigate the ecosystem, and in the process, we felt disregarded and overlooked for reasons unknown to us. After a year of raising capital, I felt like I wasn’t mature enough to keep going and felt the need to step away.

Now that I work in the VC space and have insight into VC investment, I can sensibly grasp how and why investors frame their thinking around investment. Their goal is to de-risk an investment as much as possible. Initially, I didn’t know this or understand why. Then, when I learned their business model, I understood why they’re picky.

From 2015 to 2019, I kept reading about emerging black-led startups, and the trend that I observed was they would come into the market, and disappear within a couple of years. I wondered what the problem was, and in 2019, I started talking to founders on LinkedIn, asking what happened? Why aren’t you raising money? And if you are raising money, why aren’t you raising the amount you need to fund your company?

And in those conversations, I learned that founders were still facing the same issue I did in 2015 of being overlooked for undisclosed  factors. Having a network of investors globally through Future VC and networking online, I decided something had to be done.

What value will startups get from the Audax Alliance Virtual Summit?

The event is meant to be a place where founders can network with capital allocators. Europe-based VCs, US-based VCs, emerging fund managers, black fund managers will all be in attendance, so if you are building a tech startup in the media, fintech and software at large, this is an opportunity to gain direct access. These are busy people you would otherwise have to send your pitch deck to via email to inboxes that are full.

They’ll be making space for founders to talk to them, but after the Summit, it’s up to you to keep the conversation going because the Summit is only the start. Securing funding as a startup is competitive, so you’re going to have to fight for your company. Don’t miss this opportunity to connect with VCs on a personal basis.

Why was it important for there to be diverse VCs and investors?

Being a black tech founder in France, you don’t see people in the investment industry that look like you when you go to conferences. We wanted to showcase a diversity of capital allocators. But while it was important to have black investors, it was also important to have other ethnicities on board.

Non-black VCs can also bring value. What matters is that we all have a common interest in building a new Africa and returning on our investment. Also, we can’t overlook that we are in Europe and that we need allies to maximize the chances of a successful startup exit. They could provide funding or introduce a founder to their network. We don’t want to hold our founders back from these opportunities, so it made sense to allow everyone to join in and take part.

Why are black founders overlooked?

Your ability to raise funds is based on the level of trust people have in you, and from an investor and human perspective, there is a mistrust in black founders. I spent this year with a founder helping him fundraise, and one European VC had a candid conversation with us and said, to have the level of trust for me to invest in your company, I have to believe you will deliver on the investment.

What does that mean exactly? If you come from an unconventional career path, meaning you didn’t do investment banking or management consulting, you may lose some trust points. If you come from an educational background that is not from the stream that we pick from, an Ivy League school or a top B school, it could count against you. If your company has no direct comparisons, “there is no one like us in the market,” it’s a highly risky bet. Lastly, the fact that we carry different genetics adds to the mistrust.

We tend to listen to the mainstream media where successful founders say that you have to execute your idea to be successful. I would add a twist to that advice because although having a good idea is important, the factor contributing to your success the most is connecting early with investors that operate in your industry.

Let’s say your company is in the fintech industry. You have to know that it’s segmented and that some investors only invest in the infrastructure, and others invest with an impact focus. You have to understand where your company lies in that landscape and then work your ass off to connect with those investors. The earlier you connect with them, the better your fundraising process will be.

Recently, I met a team of co-founders trying to raise five million in a one-month time frame. It’s sad because they don’t know the industry does not work like that. When someone decides to invest in your company, they have to write the term sheet, perform due diligence; it’s a whole process. And you have to do this for 5 — 10 investors. Expecting to raise 5 million in one month is unreasonable.

Know what type of advisor you need for your company to succeed because if you’re operating in a specific vertical, you’ll need to involve experienced people that have a network that can unlock doors for you.

Starting a company is not a one-year or two years thing. It can take a decade before you can think about giving your investors a return. The first two or three years is a discovery phase, it doesn’t mean the company will not make revenue, but it’s your time to learn about the industry, the partners, competitors, etc.

It’s a networking game and a relationship business. Also, make sure you take care of your mental health, get quality rest/sleep and develop good eating habits.

Africa has the opportunity to continue to emerge on the global tech scene, leaving the raw materials behind and taking over the digital space. Built In Africa is a way of portraying the new Africa. We’ve been assaulted for decades by so many different interests. It’s time to share with the world that cutting-edge technology is being built in Africa. Of course, it would be great if these technologies were also backed by African capital, but we still need more time to get there.

On the technology part, if we look at the number of tech developers emerging on the market, it’s incredible.

It's also allowed developers to connect with the world, which is important for growth. When you have not traveled outside of the country you're from, it's easy to only have that country’s perspective. But when you connect across global markets, you can embrace a new way of thinking, fine-tune your technology, and build better solutions.

Thank you! Your submission has been received!
Oops! Something went wrong while submitting the form.
More related stories, just for you
How InnovaRx is transforming healthcare delivery in sub-Saharan Africa
Investing made simple: How daba is enabling retail investors to fund African startups