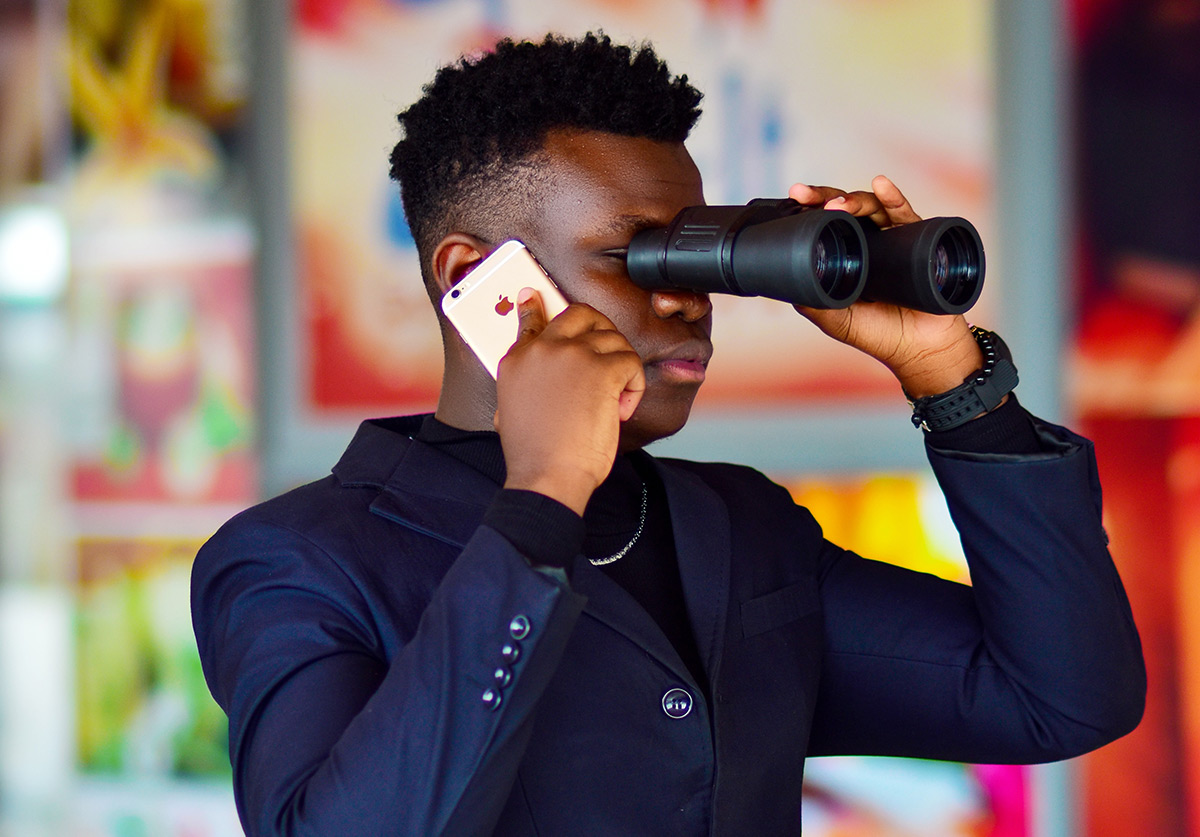 With the global business landscape becoming increasingly competitive, even the largest brands realize long-term success begins with data. Market research creates a solid foundation for a business to build upon and leads to well informed decisions.

In Africa, startups looking to scale, particularly those in smaller, less mature markets, often must adopt a multi-country approach. But transferring a product or service from one country to another is easier said than done. Crossing borders introduces a different culture and, at times, a different language.

Success beyond a startups home market requires access to timely, relevant data. Which traditionally has been difficult to obtain. However, LOOKA, the pan-African SaaS market research service provider, hopes to alter this by bringing fast and easy research to African startups and SMEs.

Using the power of technology, LOOKA gathers and analyzes data through its network of trained local surveyors active in 12 African countries. Recently, I connected with Nwanacho Nwana, Partnership Lead North America at LOOKA, and former Lead Market Researcher, to discuss the importance of data and market research in Africa’s tech ecosystem and the key findings from his studies on digital onboarding and user experience.

African Startups and SMEs — The value of market research and data

Any effective startup solves a problem and addresses a pain point for its consumers. The caveat is, you’ll never fully understand your consumers without talking to them, asking questions, and testing your product.

Many startups fail because they spend more time coding then seeking out their consumers. Believing that because they thought of the idea it’s a great one, overlooking the experience of their users. You’ve got to start with the research. Talk to people and collect data to ensure you’re creating a product that fits what people need.

Data also allows you to be innovative and fast. As a startup, you want to be able to take information, apply it, and learn from it. This iterative process informs you on whether your solution is working or not.

What it takes to build great user experiences?

I come from a tech school, and technical people love building cool features that do really complicated things. I think it’s important for developers and UX designers to realize that people are downloading your app for a specific purpose. Make it as easy as possible for them to achieve their goal.

Don’t crowd it with clutter because you think it’s cool. Even if it has all the nice features, people will gravitate towards the app that makes the fundamental thing they’re trying to do the easiest and most effective.

Third, realize that they’re always going to be parts of your user experience where people will need assistance or help. It’s important to create a system that gives users fast and effective support, whether it be a chatbot or customer service.

I encourage people to look at customer service as an opportunity, not an obligation. Think about it; a user wants to use your product so much that they’re asking for help on how to continue instead of going somewhere else.

What to know about Digital Onboarding?

Allow users to learn by doing:

Users don’t want to go through ten screens of onboarding directions; they want to use the app. Obviously, you want to make sure that they understand how, so directions are important, but how you approach it can serve as the bottleneck of your experience or the catalyst that moves users forward.

The most effective onboarding strategies I’ve seen are the ones that allow you to use the app while learning. This allows you to subconsciously learn what you need to know while also feeling like you’re getting closer to using the app and accomplishing your goal.

Don’t sell what your app does:

Sell them on what distinguishes you. The unique features you have that makes it easier or better than the other app that does the same thing. Think about what sets you apart and makes you unique. That’s what you should focus on in the onboarding process.

The commitment to “Africa rising” not only lies in the hearts of those born within the continent’s shores. It extends to the African diaspora. Since the turn of the century, there’s been a growing number of African professionals in the diaspora, optimistic about the continent’s future and looking to participate in its development.

Nacho, born to two Nigerian immigrants in the US, shared how he’s always thought about how he could contribute to Nigeria despite not being there physically. Throughout his educational journey, Nacho has proactively found opportunities to be a part of Africa’s rising.

In addition to working at LOOKA, Nacho also runs his own podcast called African Unveiled, where he digs deeper into issues in Africa covering topics ranging from digital currencies to venture capital. Given Nacho’s diverse experiences, I wanted to get his thoughts on how people in the diaspora can also engage with Africa.

How the Diaspora can get involved in Africa’s tech ecosystem?

Historically, as people in the diaspora, it’s been what we can do to give back. I’m coming from the mindset of doing it through Africa as opposed to for Africa. The traditional mindset is you make your money in America and then go back and change Africa, but what does that communicate about Africa as an independent continent?

It communicates that you can’t do it through the people, companies, or economies in Africa. That you have to get your success somewhere else and then bring it back, and that mentality will continue to keep Africa inferior to everywhere else.

I recognize that the talent, people, and companies are there and that you can achieve success while engaging with Africa throughout the journey. And so my message to all Africans, at home and abroad, is that we can develop independently if we come together.

Now, for those interested in getting involved in Africa’s tech ecosystem, I’ll start off by saying, the diaspora experience doesn’t equal experience on the continent. A lot of us in the US and UK go to these great schools, read a couple of reports and say, we know everything about Africa.

Humble yourself and realize that you don’t. There are a lot of cultural nuances that you won’t fully understand. I’ll give you an example. During the talk I moderated on digital onboarding, one of the speakers made a point about using P.O. Box as a method of identification.

To which I commented, “I don’t know why anybody would do that.” Then Paul, CEO of Appruve, a Ghanaian FinTech company, said, “Nacho let me stop you. In Ghana, P.O. Box is actually one of the more secure ways of ID because of X, Y, Z.”

That moment made me take a step back and realize that I needed to humble myself and be ready to listen to people who have lived in Africa for most of their lives.

So if you’re in the diaspora, it’s important that you listen to the experiences of Africans living in Africa. That’s the first step. Also, we shouldn’t shy away from being educated and informed because we don't want to be challenged or feel uncomfortable.

2017 brought cryptocurrency to the forefront of mainstream media, regulatory institutions, investors, and skeptics. The unprecedented surge of Bitcoin from $900 to $20,000 and the $4.9 billion raised through initial coin offerings (ICOs) was hard to ignore. But after 2017’s bull run came the lows of 2018, where Bitcoin dropped below $3,500.

Q4 of 2020 began the reemergence of Bitcoin, reaching a new high of $40,000 on January 9th. With Bitcoin returning to the mainstream, many are looking to see the role it will play in the local and global economy.

In sub-Saharan Africa, while overall adoption is relatively low, growth is rapid as people look to Bitcoin to lower their transaction costs and preserve their buying power in countries with volatile currencies.

Today, Nigeria is the 2nd largest bitcoin market on Paxful, the largest platform for P2P bitcoin marketplace in the world. Nacho, a Bitcoin fanatic, shares his thoughts on Bitcoin in Africa and provides context to the people participating in the Bitcoin revolution.

This is probably the most exciting movement for me on the continent. I’m currently watching to see if Bitcoin will be a currency or a speculative investment. I believe to achieve its potential, it must become a currency.

As a currency, it can transform economies by empowering people that don’t have access to traditional banking. It also reduces the cost of transactions because although I’m happy with the way FinTech has given people access to banking solutions, the reality is a lot of the fees for these mobile money services are really high.

With lower transaction fees, Bitcoin could open up commerce and the economy for many people. Lastly, Bitcoin in Africa could also be extremely powerful for saving money, as many African economies have volatile currencies.

In a lot of our research, we saw that people are interested in StableCoin, a cryptocurrency that’s pegged to the US dollar, to save money as the US dollar is pretty reliable. No one wants to lose money trying to save. This is important because saving allows people to build wealth and start thinking about personal finances long-term instead of thinking day to day.

Who is using Bitcoin?

Generally, the tech-savvy, educated young professional people are very excited about Bitcoin. Although the demographic is skewed towards men, there is a number of women who are using Bitcoin.

It has empowered women, who have traditionally been left out of the finances, as they don’t need their husbands to get involved with Bitcoin. Some women have even created Bitcoin Investing Clubs to preach to other women and girls that they can be financially independent.

There’s also a group of people in their 50s and 60s who see Bitcoin as a speculative investment. Most of them have made money and are now trying to make more money by investing in Bitcoin.

Many of the adults in our parents’ generation have lost their optimism for a better Africa, so it’s up to our generation. It’s going to be hard because it’s likely that many of you like myself are in a comfortable situation in the US or UK, have pretty good jobs, and are on track to be financially stable.

But if we all collectively have that mentality, then nothing will ever progress. Somebody has to step up and say, enough is enough. Let’s do what we can to not go and give handouts, but to see if we can collectively develop as a global network of Africans.

Thank you! Your submission has been received!
Oops! Something went wrong while submitting the form.
More related stories, just for you
Work in Africa in 2040: How Africans foresee it
Dear Black Founders – Part 2