Entrepreneurs of the Diaspora, 12 tips for getting involved in Africa’s startup ecosystem 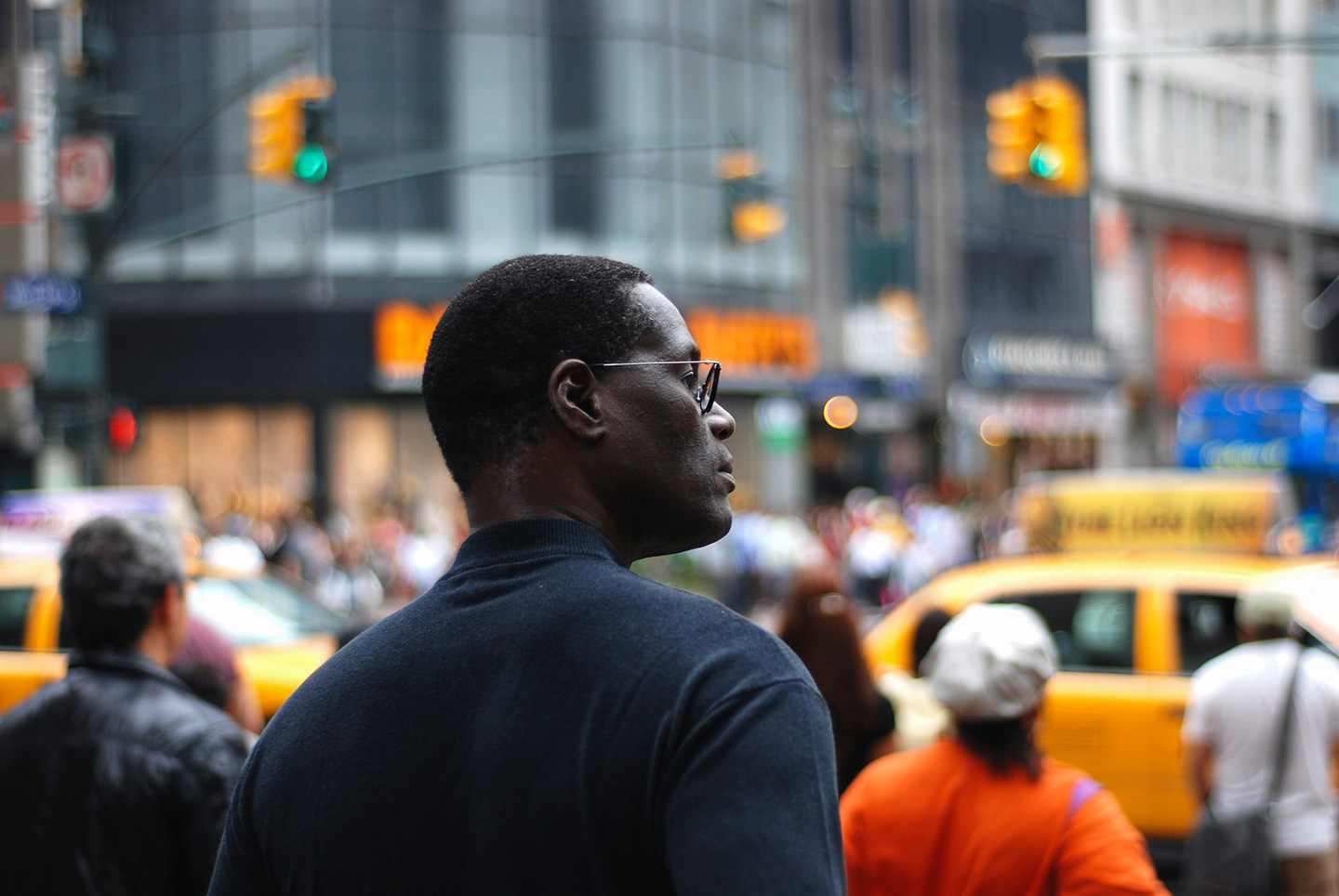 “I can’t sit here and lie and say that it was a glamorized version of an Africa rising that I could see, and I was like, I’ve got to be a part of that.

It was a tough decision. You can imagine that my parents weren’t happy because their generation was the one who pulled themselves out of poverty. And they wanted their children to reach some level of security and prosperity.

And here I was, leaving the comfort of the “West,” to then say I’m not only going back to the motherland, but I’m also going back to become an entrepreneur. But it was a tough decision that had to be made.

And in terms of inspirational words for someone doubting whether to come back or not, I’m not going to patronize anyone and lie to them that things are prospering on this side. It’s still challenging, but it comes down to what you believe in. For me, I’ve always wanted to come back and create solutions for Africa.

All the people that I looked up to, like your Nelson Mandela’s, were people who made great sacrifices. 27-years of his life were taken from him for what he believed in. I thought, who was I not to sacrifice a couple of years of my life and go back home and try to make a change for my continent? Because we are our solution. No one is coming to save us.”

While millions of Africans have moved to Europe and the US since the turn of the century, the “West” is becoming a revolving door as a new generation of African professionals, optimistic about the continent’s future and looking to participate in the startup revolution, is on the horizon.

However, despite the ecosystem being infused with more capital over the years, achieving any level of success as an entrepreneur requires being grounded in realism. Based on the conversations I’ve had with several entrepreneurs in the diaspora who’ve successfully transitioned, I’ve curated a list of 12 tips for getting involved in Africa’s startup ecosystem that centered around how to start, where to get help, and what to be aware of.

Recognize that you can do a lot before moving or traveling to Africa. Wherever you are, you can be an evangelist. The media tells terrible stories about the continent, but you can tell the truth. You can tell the bad, but also tell the good and the great.

At my MBA program, I always made sure every conference had an African panel so people could hear about African stories. As I mentioned, I was the single African at my workplace, and whenever given the opportunity, I’d say to the CEO, here is an African you can meet with.

Because I had that mindset, CEOs of the largest African companies started reaching out to me because they knew that I could connect them to the CEO of NVIDIA. Now the CEO of NVIDIA and I have a relationship. Had I not done that, I would be a random worker in the company. Instead, my approach was, I have a continent you guys don’t know about. I’ll be your link to it. Everyone in the diaspora can do the same.

Do not think that you need to be a millionaire to do something in Africa. If you have an idea, we can connect you with the right people and then build from there.

Even if you are in university right now, it’s still a great time. Just connect with the continent. There is talent here, people who would happily welcome you and your vision and assist in making it a reality.

Part 2: When should I start? Now or later?

3) Starting early in your career:

The traditional mindset is you make your money in America and then go back and change Africa, but what does that communicate about Africa as an independent continent?

It communicates that you can’t do it through the people, companies, or economies in Africa. You have to get your success somewhere else and then bring it back, and that mentality will continue to keep Africa inferior to everywhere else.

Recognize that the talent, people, and companies are there and that you can achieve success while engaging with Africa throughout the journey. And so, my message to all Africans, at home and abroad, is that we can develop independently if we come together.

4) Starting later in your career:

The role of the diaspora, first and foremost, is to be successful in your field. For myself, success looked like building up my savings and advancing in my career. I believe in the analogy, “if your cup is full, then you’re better able to help someone else.”

You can’t help with a half-empty cup. Once you are successful, then go back and help others find their own success as you leverage your skills, experience, and knowledge. The community you came from needs them, and you’ll be that much more impactful when you’re actually in a position to do so.

If you’re not there yet, that’s fine. Do what you can. Maybe it’s not time for you to build but to mentor. There are different things you can do until you’re in the position you want to be. Whether you’re mentoring, volunteering with an organization, or attending events and conferences to stay up to date. In the long run, learning and getting involved with what’s currently happening will help you make a more significant impact.

Google the tech hubs in the various African countries and contact the hub managers. They would, in turn, introduce you to the right people.

I think the diaspora has a vision that many of us on the continent don’t have at the moment, while we have a local understanding that the people in the diaspora don’t have. And if we can create that synergy, we’ll be able to do some amazing things together.

6) In the Diaspora – Government organizations:

There are tremendous resources that the State Department provides to US companies who want to grow internationally. In each country we have diplomatic ties to, we have an embassy, and they often have programs for US companies.

There’s a program run through the US. Commercial Service called the Gold Key Program. It’s a service that you pay for, it’s a small fee in the grand scheme of things, but they essentially act as your liaison to entities that you want to connect with in a specific country.

7) In the Diaspora – Community organizations:

I was fortunate because the Ghanaian community in Houston is quite large, and I’ve always been somewhat involved in it socially and professionally (interned with the Ghana Houston Chamber of Commerce). I know everyone won’t be in the same position, but I would suggest taking advantage of those opportunities as much as you can.

Part 4: Things to keep in mind

Be aware of your ecosystem value chain because even if the idea makes sense, there will be challenges in your value chain, and you may have to build those parts out.

Moreover, many businesses have good problems, meaning the problem is a huge market opportunity that will find themselves in markets like Nigeria, Ghana, etc. However, to capture the market opportunity, many of these businesses might have to build a lot of the infrastructure. So as an entrepreneur, you have to decide if you’re comfortable with that.

Many of us in the US and UK go to these great schools, read a couple of reports, and say we know everything about Africa.

Humble yourself and realize that you don’t. There are a lot of cultural nuances that you won’t fully understand. I’ll give you an example. During the talk I moderated on digital onboarding, one of the speakers pointed out using PO Box as a method of identification.

To which I commented, “I don’t know why anybody would do that.” Then Paul, CEO of Appruve, a Ghanaian FinTech company, said, “Nacho let me stop you. In Ghana, PO Box is actually one of the more secure identification methods because of X, Y, Z.”

That moment made me take a step back and realize that I needed to humble myself and be ready to listen to people who have lived in Africa for most of their lives.

So if you’re in the diaspora, it’s important that you listen to the experiences of Africans living in Africa. That’s the first step. Also, we shouldn’t shy away from being educated and informed because we don’t want to be challenged or feel uncomfortable.

10) Don’t get discouraged by competition:

Sometimes people get discouraged because they scope out the landscape and see one or two industry players and think, why do I need to create another one, or I shouldn’t waste my time exploring this idea. Not realizing that sometimes there is still room for action and for the businesses and initiatives to coexist within these ecosystems.

So first, do not discount any idea that you have. Second, just do it. Get involved, be it by supporting entrepreneurs or businesses that you think have potential. Or finding something you care about and finding a way to make it happen because the opportunities are endless.

11) Don’t get discouraged by failures:

With the adversity we faced early on, we wouldn’t be in the position we’re in now had I been discouraged. It takes a bit of a tough skull to weather the storm, so be prepared, whether it’s dealing with the inefficiencies or people not being open to your ideas.

You have to trust yourself. Trust that what you’re creating is of value. I think it just comes down to having a tough skull and saying I’m dedicated to this, and I’m going to manifest my desires into something tangible.

12) Recognize that there’s no manual:

There is no manual for doing business in Africa. However, your potential for success is strengthened by the community you build and invest in.

What I’ve learned from being there consistently for the last six years is the power of community. I have many friends who have built successful businesses in Africa, from restaurants to tech companies. And just sitting with them to discuss challenges and problems in the context of hope, not in the context of issues, is refreshing.

Note, vision and culture need to be set before the actual operations because operations can be borrowed from existing ideas. Lastly, it’s imperative to have integrity and not take shortcuts; you’ll pay for it later if you do.

And if you look at them as just a contractor, “I need you to make something,” then they’re going to treat it as such. So I think for a lot of people who are looking to build teams here, treat them like they’re your actual employees, invest in training and development. Hold them to the same standard as your team in the States. If you do that, then you’ll get a lot out of your team.

Thank you! Your submission has been received!
Oops! Something went wrong while submitting the form.
More related stories, just for you
Building with Data: Market Research for Africa’s Tech Ecosystem
21 Helpful Tips for Becoming a Successful Software Developer