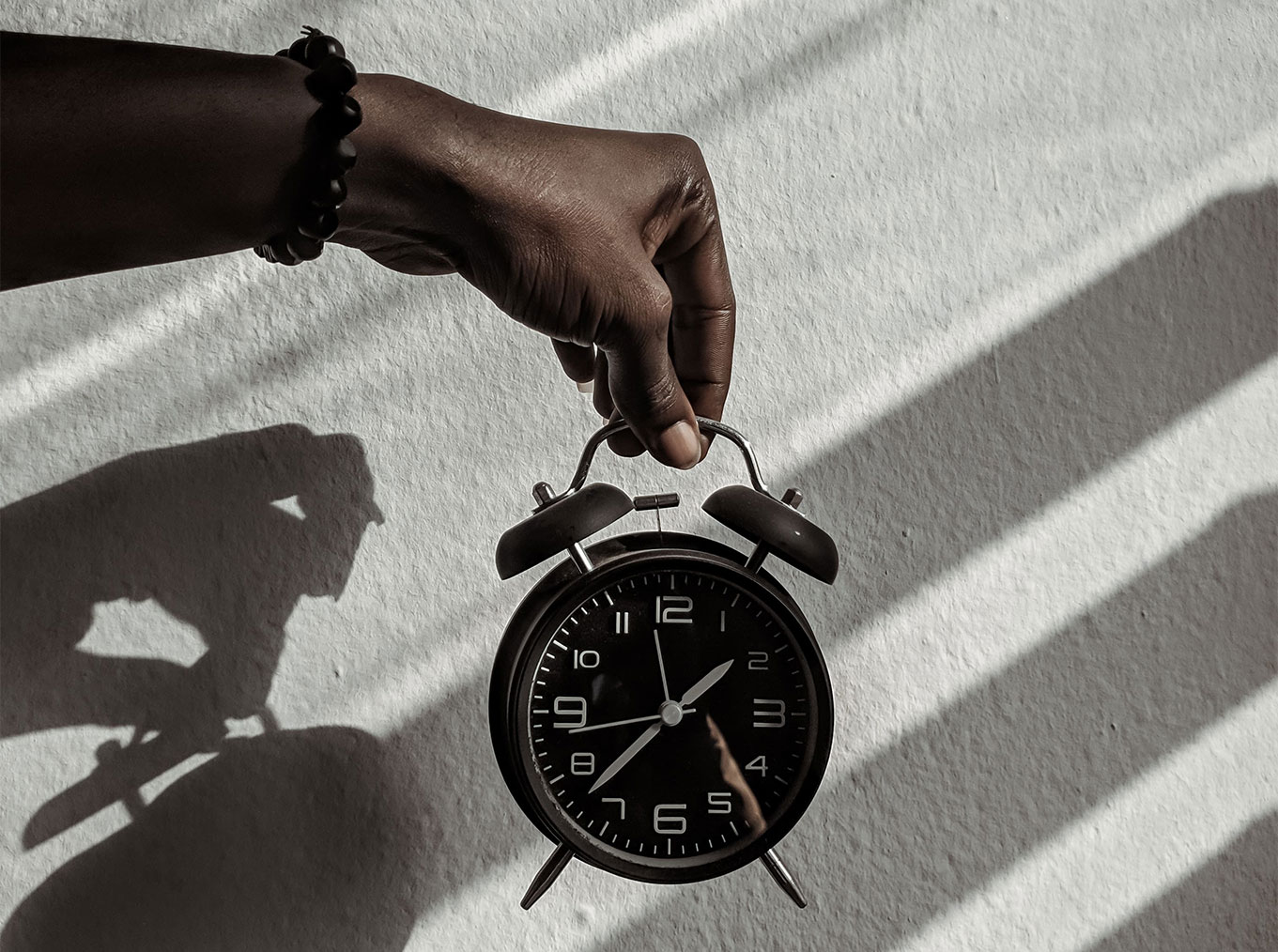 For generations, access to the top tech companies meant acquiring an H-1B visa or EU Blue Card then migrating to the US or Europe.

However, over the last decade, with the rise of freelance platforms like Upwork and the growing acceptance of remote jobs, Africa’s tech talent is now connected to the global job market via internet connect.

Young, educated, and well versed in the principles of programming; many are looking beyond the continent’s shores for opportunities due to the supply-demand mismatch.

However, despite the rise of distributed talent appearing to move tech to a world where meritocracy reigns supreme, access is still controlled by gatekeepers. For many Africans, the playing field is still uneven.

Over the last decade, Nigeria has risen to become a continental powerhouse in tech. New startups continue to emerge, and investors from across the world are infusing the system with capital. Lagos, arguably the capital of tech in Africa, is leading the way with its 40+ hubs.

Unfortunately, despite the leaps and bounds made, at times, negative stereotypes like scamming and fictitious princes overshadow the progress, impacting those who aspire to take part in this global market.

At BIA, we shed light on the wealth within Africa’s tech ecosystem. Most days, that means sharing the stories of those contributing, but today it’s dismantling stereotypes required for us to thrive as a people and a continent.

And so, I spoke with four Nigerian developers from various backgrounds about what it means to be a developer in Nigeria and the challenges they face in the global marketplace.

Disclaimer: This is anonymous to protect the identities of the developers who so kindly opened up to us about their experience.

Part 1: What are some of the challenges of being a Nigerian developer, given the stereotypes?

I’ll say one of the challenges is convincing people to take a chance on you. Most foreigners don’t do due diligence about Nigeria’s tech ecosystem, so they fall into the stereotypes. Believing some of the bad reports about Nigerians, they’re always skeptical about employing us.

Now that some of the tech companies are highlighting Nigerian developers, things are improving. Like last year Github released a report that said Nigeria is the fourth largest growing developer community in the world based on the number of new repositories and additions to Github. Also, Microsoft’s Development Center choosing Lagos as one of the hubs is something that is also really helping to change the narrative.

I won’t say it’s a big impact, but it’s gradually highlighting that Nigeria also has a big developer community. When people talk about the developer communities of the world, everyone thinks of India. These are indicators that Nigeria, too, has software engineers that are trying their best to master the craft.

When a foreign company hires a developer, in our community groups, we remind the developer that how they perform will determine whether the client will continue or stop hiring Nigerians.

As Nigerian freelance developers, we face challenges both here in Nigeria and the global market.

In Nigeria, one of the significant challenges, and I’m sure this resonates with other freelancers around the world, is getting paid for your work. At times people either won’t pay you on time, or they just don’t pay.

In the global market, when you tell people you’re Nigerian, they tend to see you as a fraudster most of the time. This stereotype affects us as freelance developers because it makes it very difficult to build trust.

Most people think that the talent here is substandard because Nigeria is not as “developed” as Europe and America, which is not true. Because of this stereotype, it makes it challenging to compete with other developers in the market.

Your skills and expertise have to be exceptional to get hired by European, Asian, and American companies for remote positions. In Nigeria, unlike abroad, one can’t just attend a six-month boot camp and then find employment with a major salary.

You have to be in the market for at least a year, sharpening your skill and working on side projects to prove to these companies that you are worthy.

That’s how it is down here. To be able to get a foot in the door you have to put in serious work.

I’ll start from within Nigeria itself then talk about outside Nigeria.

In Nigeria, the journey from zero skills to gaining experience is really difficult. There are limited internship opportunities, and if you get one, it will probably be unpaid. And most people won’t hire you without at least a year of experience.

It’s hard to say who’s to blame because there’s a lot of factors, but I don’t think it should be that hard for beginners.

Outside Nigeria, two major problems come to mind. First, everybody thinks that every Nigerian is a scammer, which is not true. These stereotypes make it difficult for tech people that want to pursue freelance and remote work opportunities abroad because once they see your name or location, they no longer consider you.

Second, there’s this bias against working with black people, and it’s evident based on what is going on in the U.S. right now. I talked with a friend a few weeks ago, and I told him that I’ve been applying to jobs outside the country and that 90% or even 95% of them said No.

I asked him to review my resume, and he liked it but suggested that I remove one of my names and add an English name. And although I’m hoping the experiment works, it’s unfortunate that hiring is not just a question of your skillset, but also if your name is reasonable and you live in a certain country.

It’s a very sad reality because there are a lot of good engineers here in Nigeria and they’ll never get the chance to explore or work with engineers from across the world because there’s a bias against us.

Part 2: Have you personally experienced bias against you because you are a Nigerian?  If so can you share the story?

In 2017 I got a freelance job through a Nigerian friend. He met the founder of a company while at a conference in the U.S who needed a developer. I connected with the founder. He interviewed me and was impressed with my background and excited to work together. He linked me with his CTO, and from our first conversation, I knew he was not interested in working with me, mainly because I was Nigerian.

But since the founder wanted me to be on the team, I was hired to do the UI. I shared that I was a far better front-end developer, showed him a couple of the work I’d done, and asked if I could implement the design. The CTO declined and said that someone else would implement it.

I checked the person’s previous jobs, he was a developer based in India, and seemed to be one of those developers. Let me put it that way. After finishing the designs, I tried to convince him again that I would rather implement the designs myself, even if it were at no cost.

Not willing to budge, he let the guy implement it. A few weeks later, I saw the work he did, and as expected, it was not up to par.

Sadly, the biases for Indian developers are even here in Nigeria. Some Nigerian founders say they’d rather give a guy in India the job because they trust them, and it’s really annoying.

I don’t think I’ve faced any major bias because I was a Nigerian.

I think the bias against Nigerian developers is institutional — there are barriers that keep us out of opportunities.

At one point, Gitlab put Nigeria on the list of countries they cannot hire developers from.

Also, remote jobs will say which time zones they’re willing to hire from and then specify the countries or say the person must be based in Europe.

Niagara falls into the timezone of many European countries. The UK, Germany, Spain, etc. all work for Nigerians, but they create a barrier by saying you must be based in Europe even though it’s a remote position. Stuff like this shows that some companies are not fully embracing the remote model. Talent is universally distributed. We need to remove the gatekeepers that stop us from getting access to these jobs.

First, I think recruiters should redesign their hiring process and welcome more black individuals. Someone’s skin color or name should not matter.

Second, for here in Nigeria, we need more paid internships. I don’t know how to run a company, but interns need to be paid. They shouldn’t have to rely on their parents or find other jobs to fund themselves.

Thank you! Your submission has been received!
Oops! Something went wrong while submitting the form.
More related stories, just for you
21 Helpful Tips for Becoming a Successful Software Developer
Work in Africa in 2040: How Africans foresee it