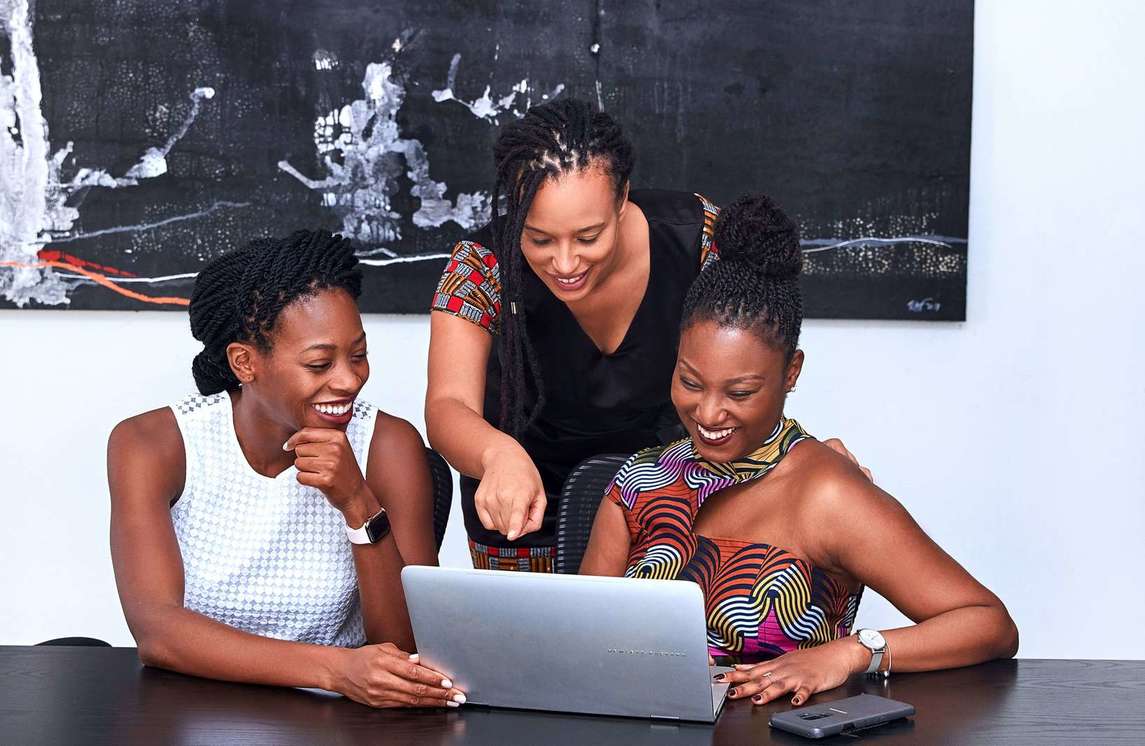 Home to 24 of Africa’s 442 active tech hubs and Google’s first AI lab on the continent, Ghana’s startup ecosystem is one of the forerunners of Africa’s tech revolution.

An ecosystem not limited to those building products to address the country’s most challenging problems. Instead, inclusive of the changemakers on the ground equipping the human capital, Ghana’s growing youth population, with the skillset to become high-class software developers and build world-class products.

Currently, the African tech scene is male-dominated. According to a 2016 study, only 9% of startups have women leaders. In a recent speech, President of Ghana Nana Akufo-Addo said, “Empowering our women is key to Ghana’s development. It is the surest way of rooting out poverty and guaranteeing the progress and prosperity not only of our country but of the continent.”

Unsatisfied by the status quo and embracing the Twi word Sankofa — it is not taboo to fetch what is at risk of being left behind. Diana Wilson is spearheading change by bridging the gender gap in Ghana’s finance and technology sectors.

I spoke with Diana Wilson, Founder of Yaa W., about the passion that translated into creating Yaa W, the importance of having women in Tech and Finance, and the stories about the women she’s empowering.

I grew up in a single-parent household. My mom came to the U.S. when she was 19 years old, and like every African parent, she told my siblings and I stories about how she walked to school and came to the U.S. with only twenty dollars. That story, her story, remained in my mind and my heart.

By coming to America, my mom sacrificed her life to build a foundation for her family to thrive. When you emigrate, you start from scratch, and as an African woman, as a black woman, she laid down her own personal career ambitions so that my siblings and I could have a greater future. My mom’s sacrifice put us all through higher education, and now we’re all white-collar employees.

Like my mom, I wanted to provide opportunities for other people. I realized that someone had to take that leap and sacrifice a part of their peace and comfort to allow others to have similar or more success.

College was great, University of Virginia, of course, is a top university. I had amazing professors, but when it came to skills for the workplace, like understanding how to manage up, what it means to be exceptional, and how to build your brand, MLT and SEO were key in helping me develop a workplace ready toolkit. Personally, I feel like MLT is a very vast network, and it helped me with the intangibles. SEO is also a great network, but it really helped me with developing tangible skills. We had a very intensive Excel Bootcamp before our internship. I wanted to fuse what I loved about both programs and create an organization for African women.

I went to Ghana through a study abroad program at UVA, and we went to all the top businesses. The creme de la creme of Ghana, both local companies and multinationals, and the number of women I saw was negligible. At first, it was surprising to me, but then I realized that I’m usually the only black person or black woman in the room. At that point, I couldn’t stand there and be complacent or be superficial in the way I attacked the issue. I had to do something that would directly impact women on the continent and cause a generational shift. So that in 10 or 20 years, women would be leaders in some of the firms I visited.

And so I came up with Yielding Accomplished African Women, named after Yaa Asantewaa, a Ghanaian feminist heroine, and what we seek to do is build the largest ecosystem of African female developers, machine learners, data science engineers, and financial analysts. A network of women who will use their skills, grit, and the economic freedom that we help to provide them, to impact their lives, the lives of their communities, and hopefully the entire world. We really stand on the adage that “if you educate a woman, you educate an entire community or an entire country.” There are so many ways that women impact and influence the people around them, and so if we can support these women to not worry about their basic needs, then we can propel them to do greater things in life for themselves and others.

What inspired Yaa W.? And why are you the one to address this problem?

As a liberal arts major, we learned to research everything. So after my study abroad trip, I did some research to understand the gap in numbers. I wanted concrete facts. In doing that, I was appalled by how bad the situation actually is and how much we’re letting go economically by not empowering women, especially on the continent of Africa.

With these three facts, I felt that although the problem was big, that the solution on the other side had so much promise and good for the world.

Why are you fit?

I never wanted to create an NGO or a business focused on empowering women in the way that I have. I thought I’ll do my little corporate thing, then sit on a board and give advice.

I’m fit for it because, one, I am an African woman. Even though I was born in America and have American citizenship, I have very close ties to my country, my people, and my culture.

Second, my cultural awareness and understanding of what it means to be a woman. You can teach anyone excel or how to code. But when you go to Google, Goldman Sachs, or a startup, you’re going to have to deal with culture. And culture can derail any performance you could ever show, even if you are the best coder in the world.

School doesn’t teach you the intangible skills. How to take care of yourself mentally with mindfulness. How to manage up, build your brand, and network effectively. You have to figure it out on your own. And for African women, there are so many barriers, so I felt the need to create a program to attack them. Yes, there are people with good intentions, who are trying to solve this problem, but without the actual experience, you can’t always hit the nail on the head.

From your perspective, why is it important for women to be in Tech?

I chose tech and finance specifically because these two areas have been paramount in all areas of society when it comes to building wealth, social structure, and change. Finance and tech have always been interwoven into the development of any country. For example, the cotton gin, a technology, changed the way that people handled slavery in the U.S. and how they treated black people. The cotton gin gave them more reason to treat black people as if they were disposable because they needed them less. And of course, the cotton gin is extremely tied to America’s economic boom and GDP growth.

Having women at the head or with a seat at the table will hopefully allow the problems that aren’t currently discussed to be addressed. One of the biggest things that we discussed during our first woman in machine learning conference last year was building up an ecosystem of African female machine learning engineers. A group of women who will utilize their experiences, knowledge, and expertise to build technologies with a diverse perspective. One that is different from the white male who is currently building most of these machine learning technologies.

Lastly, finance and technology are amazing sectors for building a holistic skillset. The technical skills and tools that you will gain within a tech or finance firm will provide you with a well rounded professional toolkit that you can go anywhere and be successful.

Share stories about some of the women Yaa W. is empowering?

Our students are doing so many amazing things.

Elizabeth, a member of our first cohort, received 22 offers from tech companies. At the start of the program, she only knew basic coding languages such as HTML and CSS. After doing her national service at Echo Bank in Nigeria as a software engineer, she interned at Bank of America in Dublin and recently started her full-time role in London as a software engineer.

One of our students recently got accepted into “Coders Who Travel.” A couple of our students got scholarships to attend Grace Hopper, the biggest conference for women in tech in the world. Another student is going to Goldman Sachs this summer as a software engineer. And we have people getting machine learning PhDs. 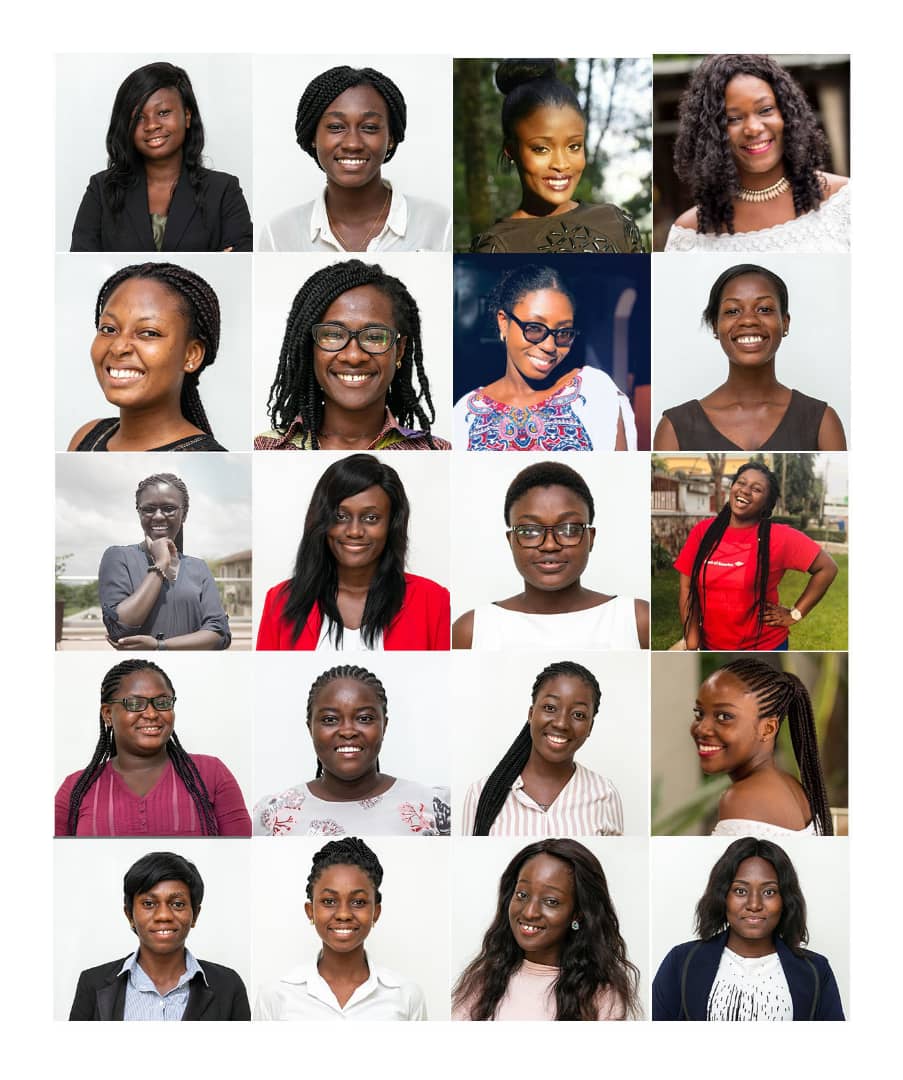 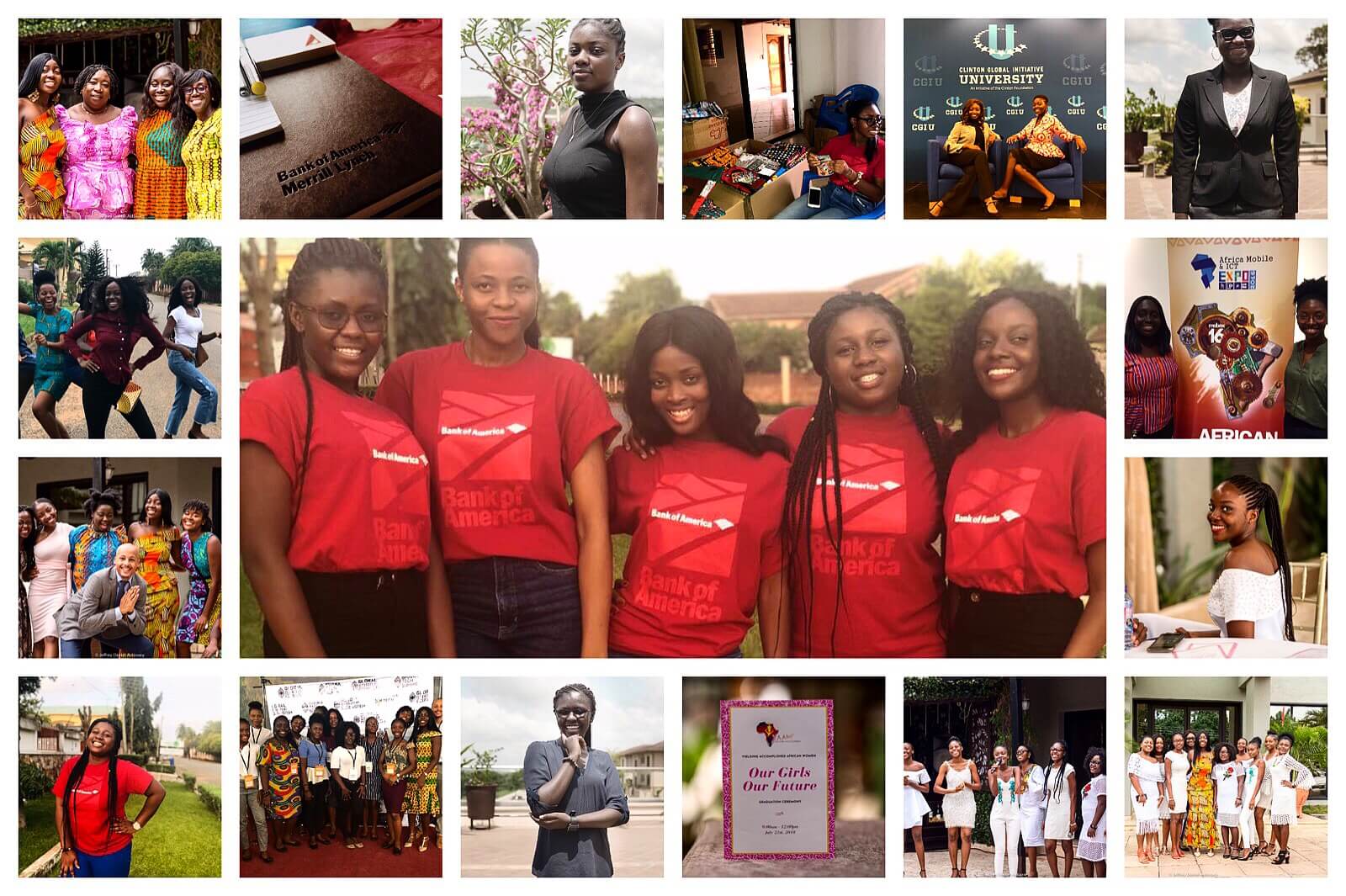 What are the keys to being a successful developer in Ghana and/or Africa?

First, you should be language agnostic even though you’ll probably start with Python or JavaScript. It’s imperative that when you’re learning that you don’t focus on languages, but on the mindset in the framework that each language teaches you to work within. You want to be that person who can adapt and develop a skill set in any language on mobile or web development. So be ready to pivot.

Second, develop emotional intelligence. Engineers are known for usually lacking E.Q. so it’s a way to make yourself stand out. You want to be phenomenal in your skillset and the work you produce, but you also need to be a rock star in building your brand and working with people. Those intangible skills are critical to your success in the workplace.

Lastly, having an entrepreneurial spirit. People think you need to be an entrepreneur, and that’s not what I mean. I actually think too many people want to start their own business and sometimes they probably shouldn’t. What I mean is wherever you are, you should have ideas. Create projects and launch initiatives when you see gaps. If you do that, there’s no place you won’t be successful because you’ll be challenging the status quo. A lot of people only want to do what they’re given well, but the extraordinary people find ways to change or enhance what they were not even supposed to do in the first place.

How do you see Yaa W. evolving in the next 3-5 years, and what impact do you hope to make?

I want Yaa W to be seen as the organization to get African female talent. I see us growing to other universities and starting more professional stem sorority chapters across Africa to increase the number of women who go through our cohort. We also want to launch Yaa W academies across the continent to serve as a co-working space and a place to house all of our training and programs.

Second, persist in breaking down cultural stereotypes about women in STEM majors and STEM-related roles to develop greater awareness around the capabilities of women outside of domestic roles. Across the world, but specifically on the continent, we have a culture of placing women in a frame of which we think they can be successful, which hinders the full range of their success. We want to ensure that people allow women to show what they have to offer.

When I think of Africa by itself, I think of ingenuity and creativity. I think of forerunner, of beauty and joy.

To me, Built In Africa represents and reflects all of those things. It represents us building and mapping out our future, to not only benefit us as a people but benefit the world.

Thank you! Your submission has been received!
Oops! Something went wrong while submitting the form.
More related stories, just for you
Closing Africa's Digital Divide: Empowering Women To Innovate
Leading a Google Developer Student Club of 200+ Members