Training the Next Generation of Silicon Mountain Techies 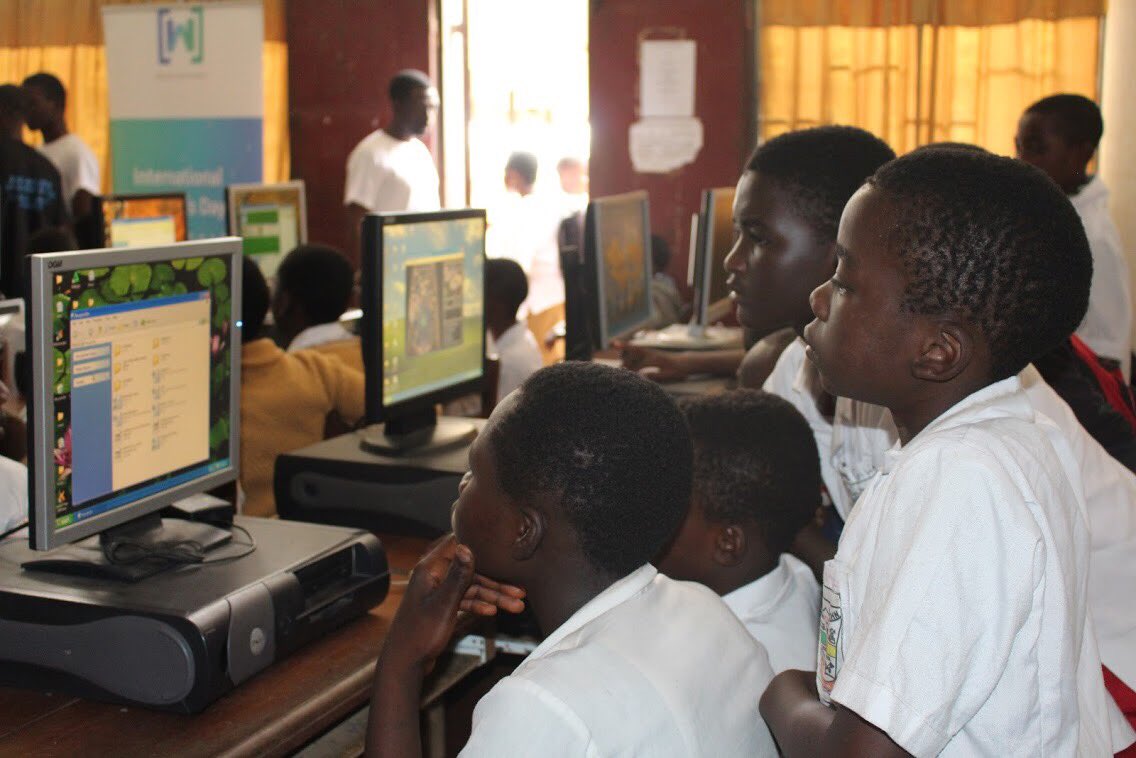 In a world where internet access has become synonymous with access to opportunity, its rise, coupled with the cheapening of data, has played a vital role in Africa’s growth story.

Cameroon, located at the junction of western and central Africa, saw its own internet penetration skyrocket from 4.3% in 2013 to 43% in 2018.

Now home to 18 of Africa’s tech hubs, Cameroon is one of the continents growing tech markets.

In the South West region of the country, on the slopes of Mountain Cameroon, is a small town called Buea, which serves as the country’s startup capital.

Buea, also known as Silicon Mountain, is the epicenter of Cameroon’s tech ecosystem. Since coined in 2006, several Silicon Mountain startups have received global recognition and scaled across other parts of the continent and world.

The name, a play off Silicon Valley, represents the entire ecosystem, made up of a multitude of hubs, startups, and organizations. Njaka, led by a group of programmers and tech enthusiasts, is one of the many Silicon Mountain communities.

Founded in 2011, Njaka is determined to give every African child access to the digital skills they need to build the future by laying the foundation that prepares them to solve real-world problems.

I spoke with Eugen Bleck, Founder of Njaka and an organizer at GDG Buea, about the journey that led him to create Njaka, leading the next generation of techies in Silicon Mountain, and what it takes to build successful software solutions in Africa.

How did your journey lead you to create Njaka?

When I was 14 years old, Irene Withernorth, whom I owe my career to, along with Heather Faison, came to Cameroon from the United States and held workshops on how to code. That’s how I got into tech; it started with learning Scratch.

For the four years they were in Cameroon, my tech skills and interest grew, but when they left, the dream sort of died down for a while. Luckily they introduced myself and the other kids to an incubation hub in Beau called ActivSpaces where we could still be immersed in the tech scene.

Two years later, I went to university, where I studied computer science. After my first year, I went back to ActivSpaces and created Scratch Group Cameroon. We later changed it to Njaka Codes.

I wanted to give the same free opportunity to learn how to code that Irene provided for other kids and I. Personally, if Irene charged, let’s say 30,000 Franc CFA, I probably would have never gone because I would have to ask my parents for the funds. And to release funds for something they did not know or like was highly unlikely, especially since I was supposed to be a doctor.

So for Njaka, we try to make all of the events free, so that we can reach as many kids as possible. Also, in my experience, the kids with the skill and desire to learn, often never have the money to pay.

In addition to Njaka, I’m also an organizer at Google Developer Group Buea, where we empower teens with coding skills.

Both communities work together, in grooming the tech ecosystem of Silicon Mountain, alongside several other communities, like FaceBook Developer Circles, Wikimedia Group Cameroon, and many others.

Since we started in 2011, we’ve held events in five of Cameroons regions, and impacted over 5,000 kids.

We’ve halted events because of the crisis going on in the country, but we hope to resume as soon as things become safe. In the meantime, we’re working on adding courses to the website so kids can learn at home.

What are the different programs that Njaka and GDG Buea offer?

We create programs based on the needs and desires of our community.

Our last event at Njaka was a code camp. The goal is to get as many kids into tech as possible. We know they all won’t become software developers, so we introduce them to other tech niches like design, writing, digital marketing, etc.

Everyone starts off with algorithm lessons despite their niche. We believe everyone needs to understand how the computer works and algorithms are fundamental. Through interactive activities like, direct someone to carry a cup from one place to another, we're able to explain algorithms.

These activities get them to start thinking procedurally and understand how a computer thinks. Then we dive into Scratch, which is fun because it gives them creative power. Once that is done, we identify the kids that are pushing fast, and we start teaching them Python. We also give out prizes. Last time we gave out some raspberry pies and smartwatches.

With the GDG, we host events around Google’s landmark events like Devfest, which happens all over the world annually. We also host events like programming 101 and hackathons, and we connect members to startups for internships.

My end game is to build a tech hub for kids. I want an environment where they can come and just learn.

Silicon Mountain, as a whole, has a lot of success stories. Buea is always represented nicely in Google Summer of Code.

As the children communities of Silicon Mountain, we try as much as possible to expose them to these opportunities. Because although it’s great to teach kids how to code, it’s also important that they get working experience.

Also, the number of remote developers here are increasing by the day. Personally, I went from living off Fiverr to getting a freelancing job. It’s pretty amazing what tech can do.

I currently work for Aionics, a software company in California, and the Zen Agency, a web design agency in New York, which is great because I have the power to work from the comfort of my home. 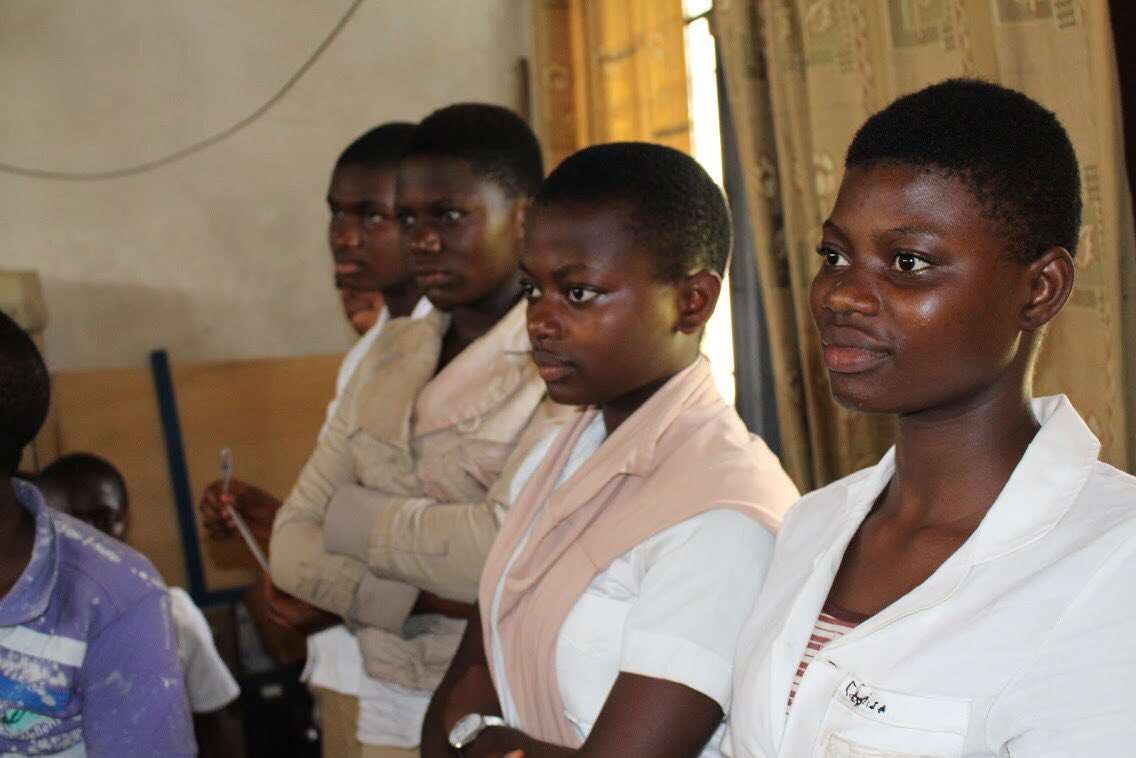 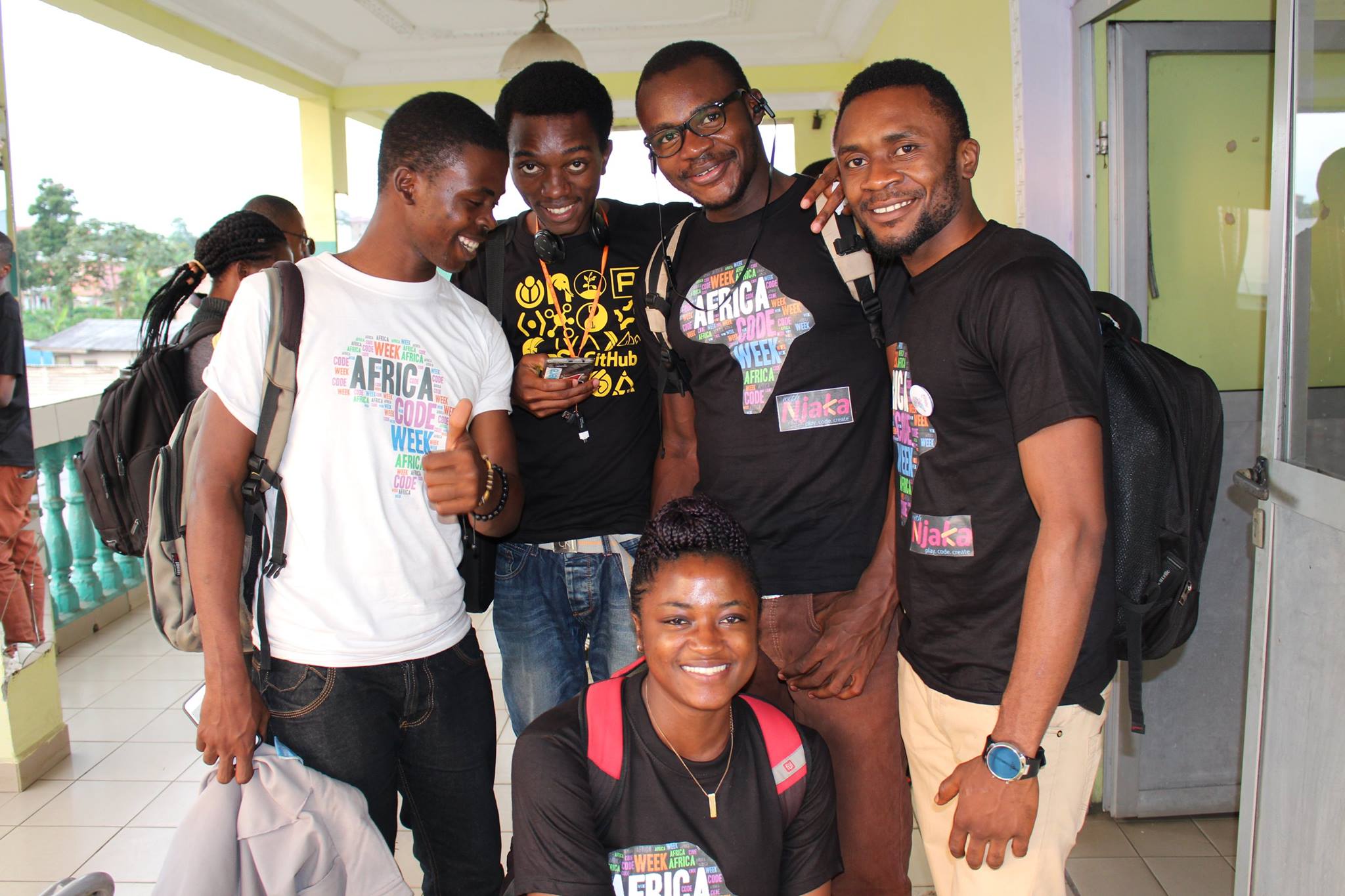 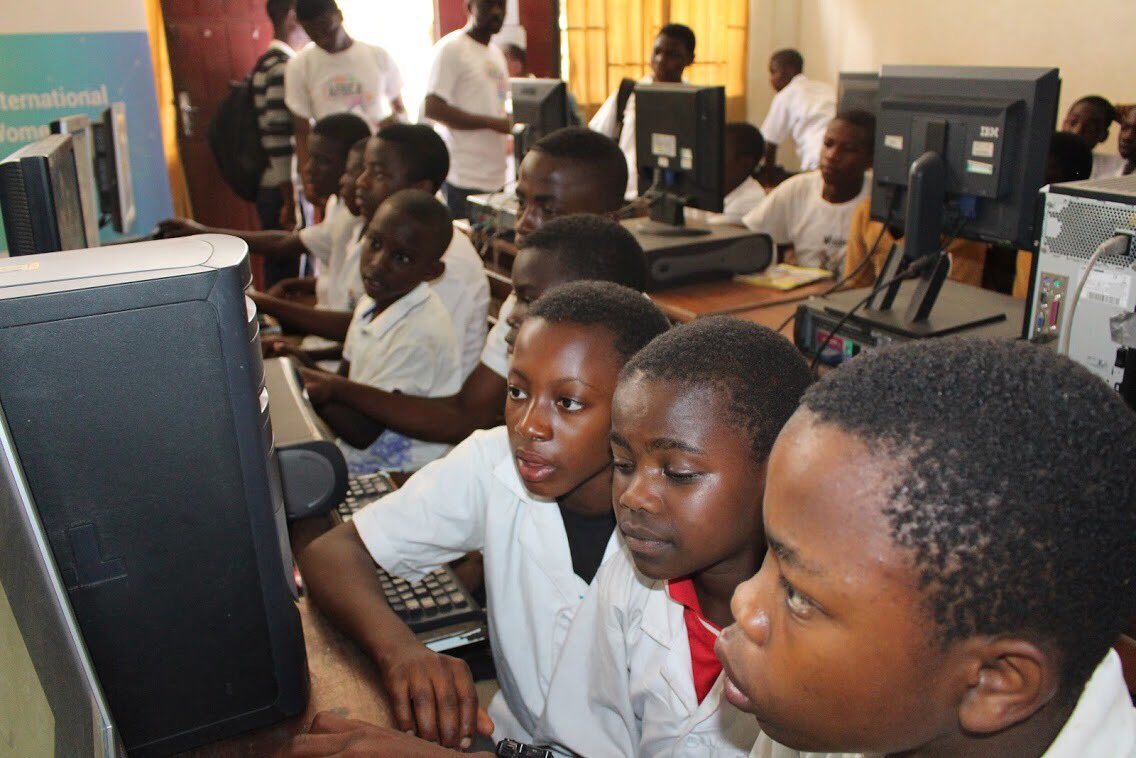 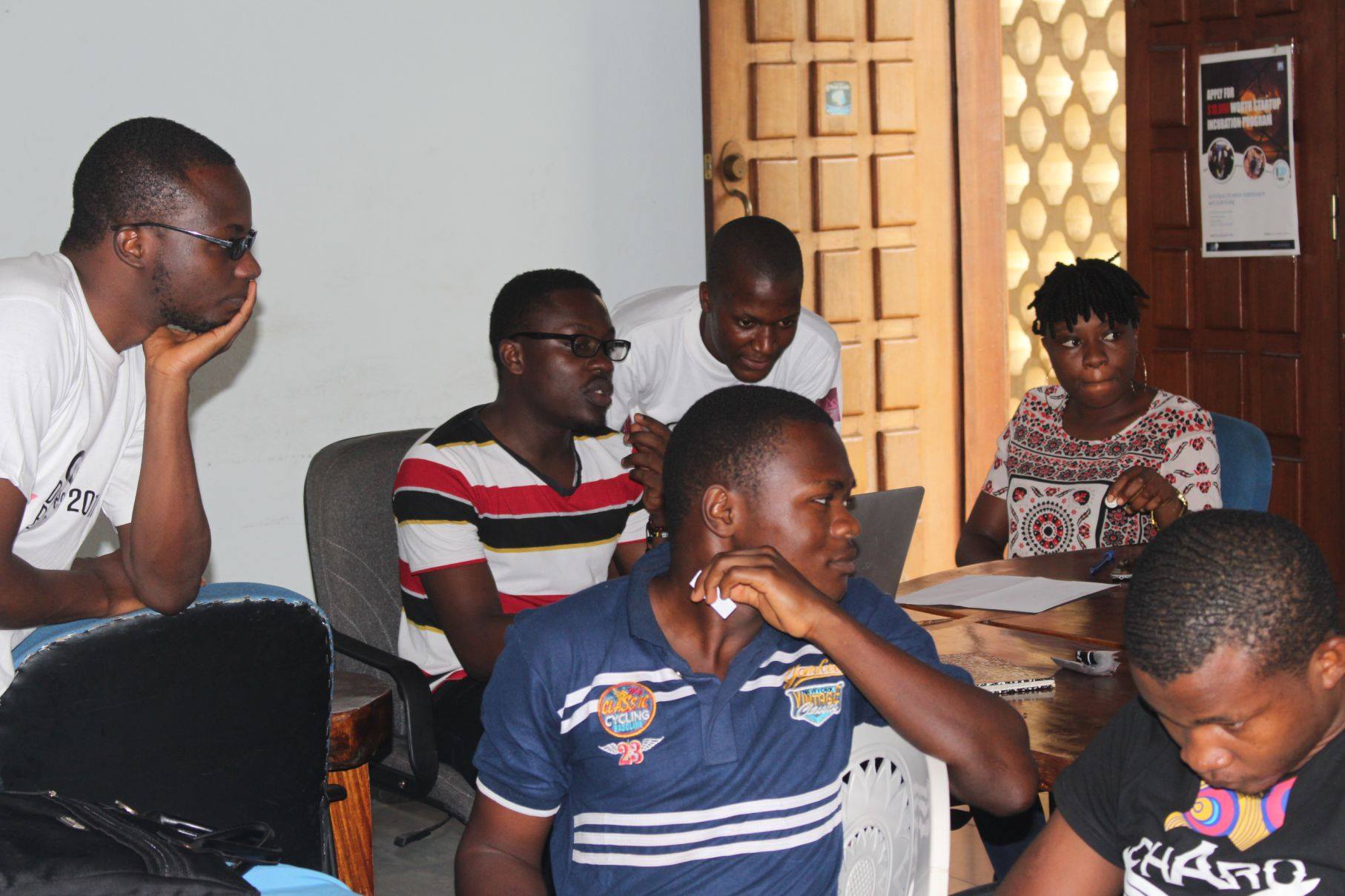 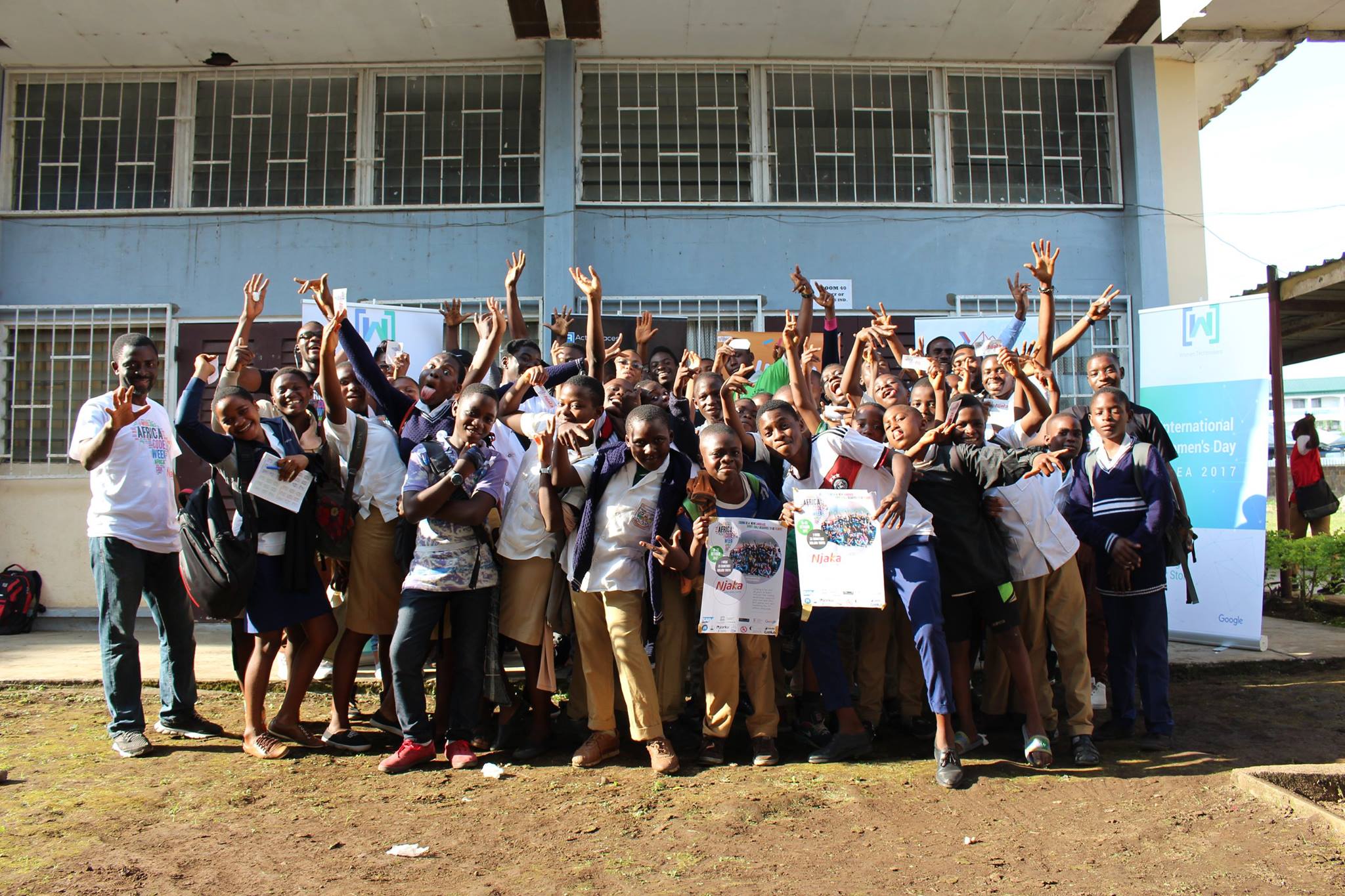 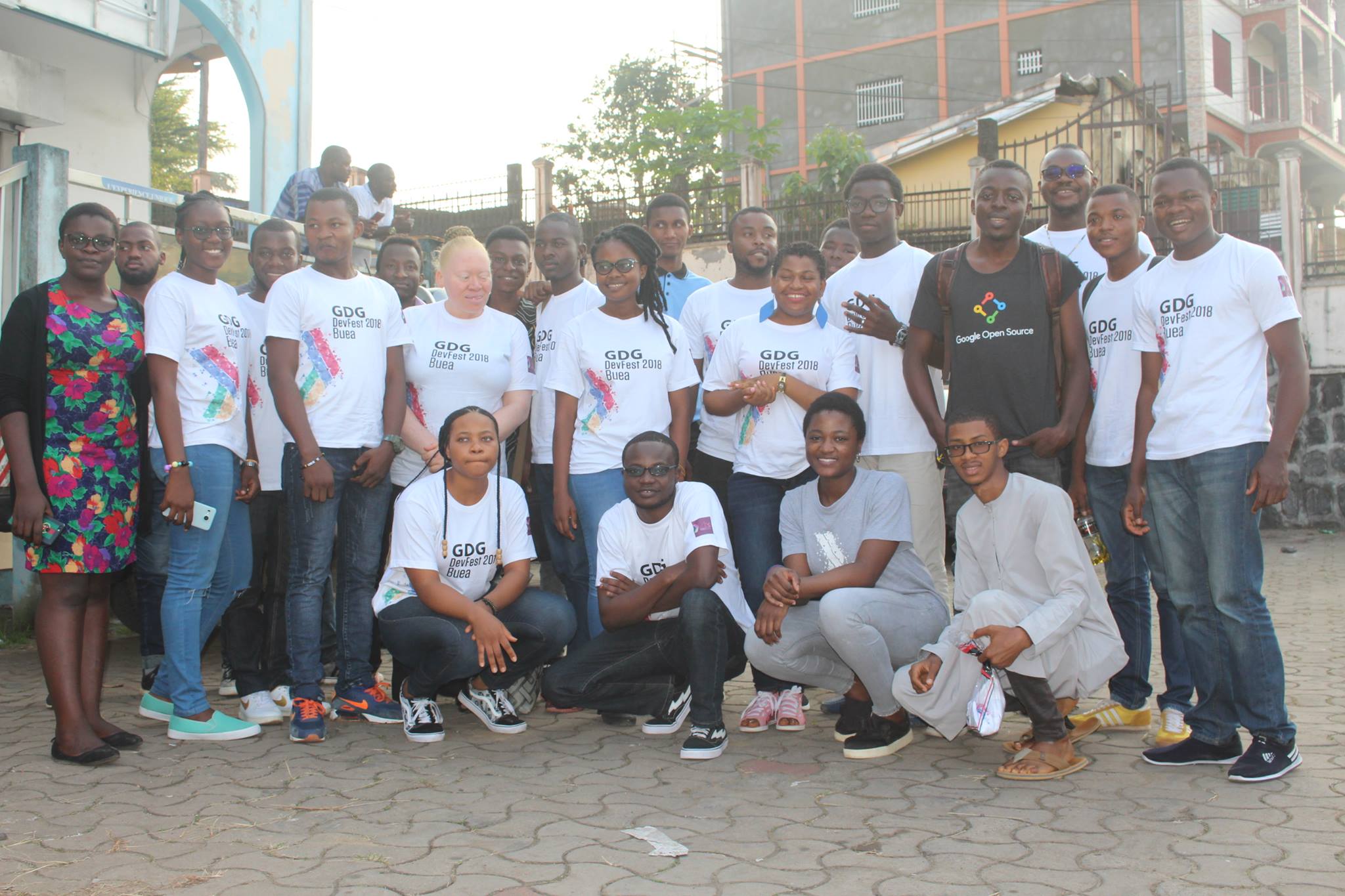 First get a mentor. Although you can learn to program on your own, it’s difficult. Talking and connecting with somebody who works as a developer, and being in an enabling environment, will give you the confidence to stay the course.

My first real paying job was a client in the UK.

After months of being overworked, one day I was pushing my code, and the database server crashed. Panicking because the application was live, I contacted the other developer in India, “do you have an idea of what happened?” He said, no.

Feeling really stressed out and pissed, I called a friend of mine. He told me to take a breath and that these things happen. And that stress will only make me feel like there’s no solution when there is.

He was right; I brought back the platform in a few days.

Honestly, I think without my friend’s encouragement, I wouldn’t have pushed through and finished. Since he didn’t see it as the end of the world, I stopped thinking it was.

Focus on a single language. Africans try to do almost everything. I don’t! I’m not a back-end guy. I’m a front-end guy. And so I take every certification I think I need to become a better front-end developer.

You need to be in a community. Since finances here are tough to come by, people buy books and share. People get one book and read together, or they’ll buy a single hard copy and read, and then pass to the next person.

A solid community will keep you up to date with what is happening in tech. You tend not to read a lot when you’re working because you’re focused on the job. But by communicating with a few people around, you’re more likely to be up to date with new trends.

Also, as a remote developer, community is really important. Very few people can just wake up and say, I’m a remote developer here in Buea. It is very rare. I’m sure every one of us knows each other because we talk. We try to communicate on best practices and share resources. We learn from each other.

Built In Africa means that things are happening in Africa.

Currently, anything that is good, people attribute it to a European country, but when you hear Built in Africa, it’s empowering and says that good things are coming from here.

I worked for this guy in Maine USA, and he thought we didn’t have cars here. It’s crazy, but I wouldn’t blame him because that’s what the media’s spreads about Africa, hungry kids lying around. It’s awful.

When they started the Silicon Mountain community, the goal was to push the narrative that Cameroonians are doing stuff. That’s what I think of when I hear Built in Africa but on a larger scale.

Thank you! Your submission has been received!
Oops! Something went wrong while submitting the form.
More related stories, just for you
How Gebeya is Building a Pan-African Online Talent Marketplace
Closing Africa's Digital Divide: Empowering Women To Innovate