Work in Africa in 2040: How Africans foresee it 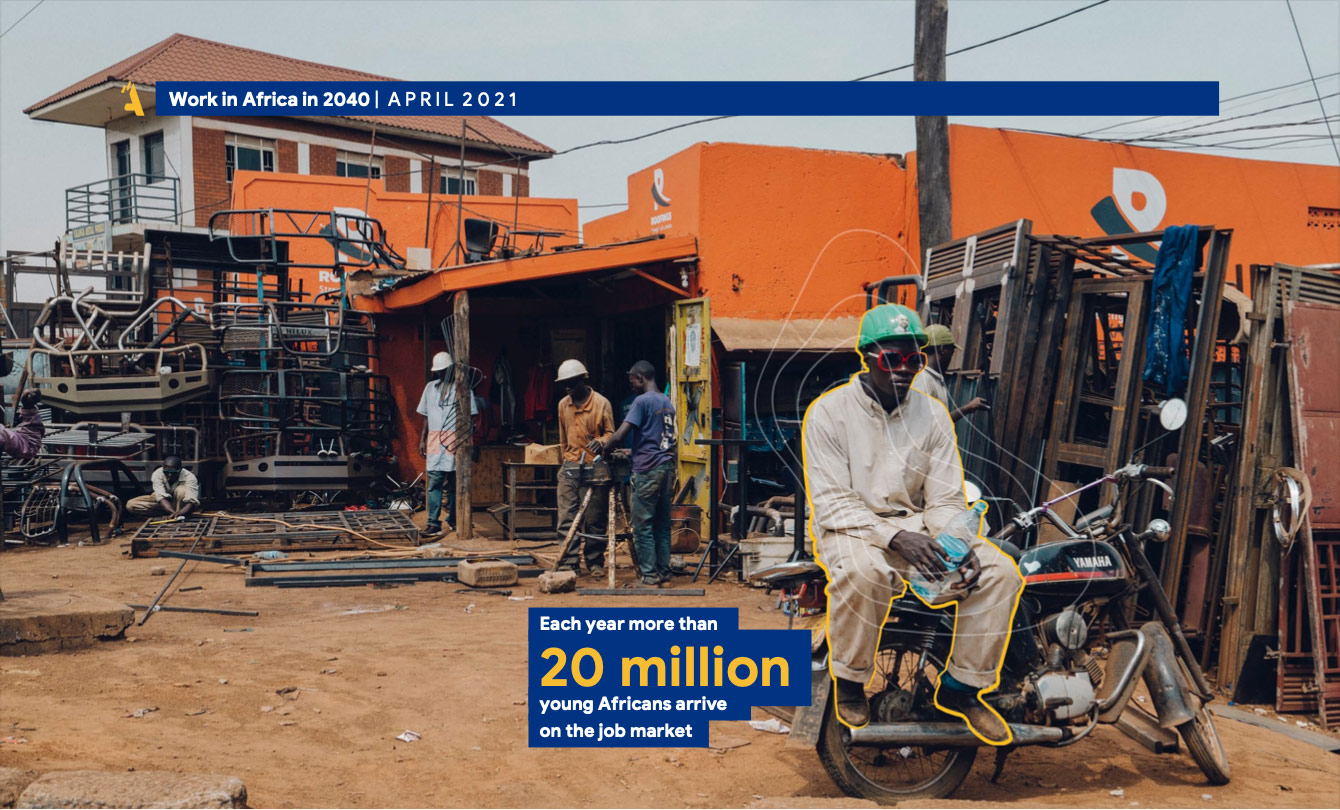 In the conversation surrounding the future of work in Africa, tech entrepreneurs, NGOs, and government officials have all had an opportunity to share their perspectives.

Entrepreneurs, seeing the opportunity for tech to revolutionize industries. NGOs, expressing the need for governments to create supportive policies and invest in education to upskill workers. And government officials, recognizing the need to curb unemployment to ensure political stability.

However, rarely do we hear directly from the people.

To get a pulse of how young Africans foresee the future of work, LOOKA, the pan-African SaaS market research service provider, in partnership with Baobab Consulting, published, “Work in Africa in 2040: How Africans foresee it.” A report where they interviewed 600 formally and self-employed youths from Kenya, Nigeria, and South Africa to determine how they foresee work in Africa in 2040.

I recently connected with Serigne Fall, Head of Growth at LOOKA, to discuss the report and its findings.

What did you learn about Work in Africa that counters the existing narrative?

There were three stand-out findings that countered the existing narrative and some of the general assumptions we have due to how things are portrayed in the media.

1) 59% of people interviewed would rather be self-employed.

This finding was interesting because we’re always pushing for more formal employment politically and culturally. But when you speak with people on the ground, you realize that they would rather be self-employed if given a choice.

2) 68% of people would be ready to move to the village in the next year if there was good money to make there.

This insight was also quite revealing as it counters the argument of people coming to the city because they don’t like the village. The reality is that people go where opportunities come easy. But if everything were equal, most people would go back to the village, which is where they call home.

3) 76% of people that hold at least a bachelor’s degree would move out of Africa if they could.

What did the report reveal about the current awareness and perception of AI?

78% of people were aware of AI, but only 64% are worried about automation or AI putting their job at risk by 2040.

It wasn’t surprising to see that people were not worried about AI and didn’t see it impacting them or causing people to lose their jobs.

Tech enthusiasts tend to think AI will have the same impact on Africa as it’s having in the West, but the reality is there’s still a couple of steps to take before we reach the point where AI overtakes most sectors. First, a lot of the things that we do here are still manual. Second, we haven’t industrialized to the point where we’ll see AI and automation taking people’s jobs.

It’s also important to note that AI is a technology you can use to do many things. It’s what the people who build the technology want to do with it that determines the impact. 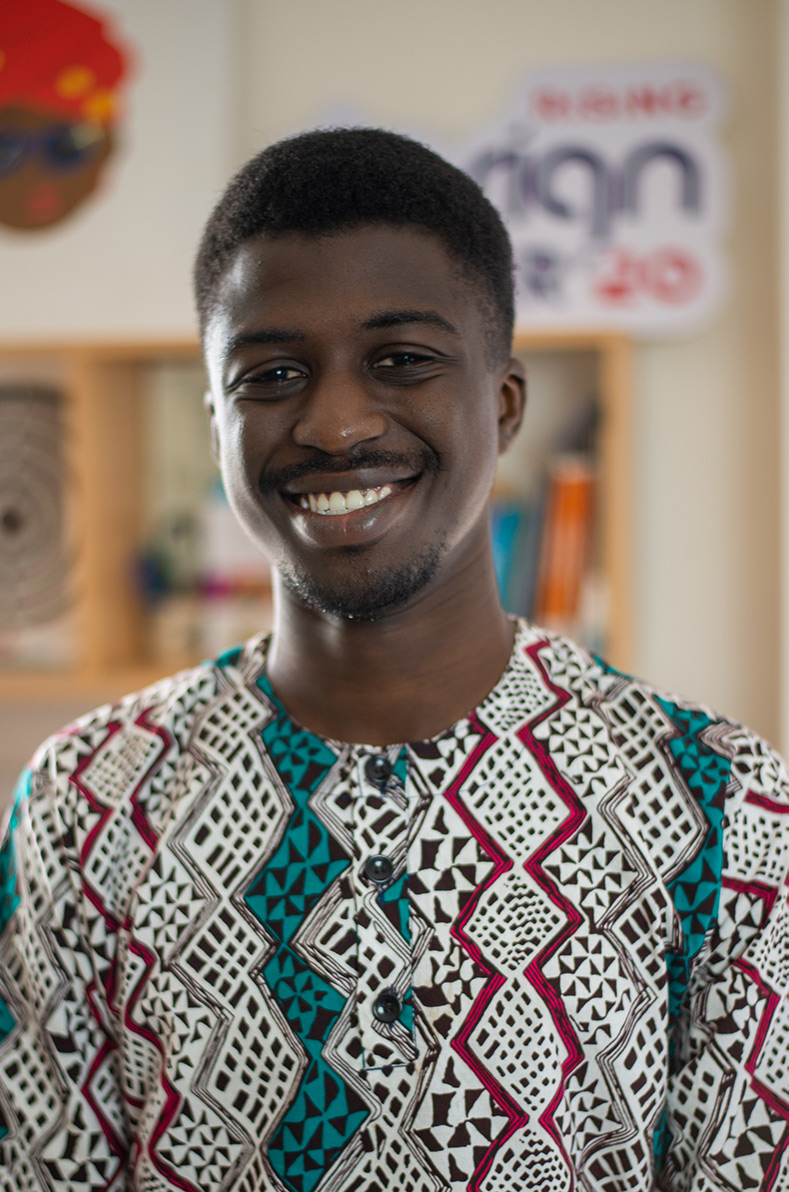 Recognition of the significant role the agriculture and technology industry will play over the next 20 years seems to be unanimous across all stakeholders. With 60 percent of sub-Saharan Africa’s labor force being smallholder farmers and tech reshaping our world daily, entrepreneurs, NGOs, and governments can’t ignore the importance of both industries.

And the people seem to agree as well. Survey data showed that 23% of respondents believe their country needs farmers most in the next 20 years, just behind Software/ IT engineers (27%).

Wanting to go beyond the numbers and gain further insight, I asked Serigne to share his thoughts on why tech and agriculture will play a critical role in the future of work on the continent.

Why do you think surveyors believe tech and farming will be the most important industries over the next 20 years?

Currently, there’s a lot of news around tech with the rise of unicorn startups, the latest ones being Paystack and Flutterwave. And the number of companies using technology to build products and services that are helping to ease the lives of everyday consumers on the continent is growing significantly. This, coupled with the global trend of digitalization, for people to think that tech is one of the most important industries is quite normal because you hear about it frequently.

The contrast between tech and farming is interesting because they’re on opposite sides of the spectrum. But more than 60% of the population is either smallholder farmers or work in agriculture in sub-Saharan Africa. And about 23% of sub-Saharan Africa’s GDP comes from agriculture, so it’s something you cannot ignore.

Yes, tech is happening here, but agriculture is still very important based on the number of people that work in the sector and the amount of untapped potential. People who live on the ground understand that because they have family, friends, and people they know who work in agriculture.

However, despite people recognizing the importance of agriculture, with 23% of people believing that the country needs farmers, only 5% of people recommend that their child pursue a degree in agriculture.

This shows that things have to be done to change our education system. As a result of the tech narrative, there’s been a lot of development in education to provide students with proper degrees and better training. The same thing needs to happen for agriculture.

What are your thoughts on the transition from traditional science career paths to tech?

Our generation will be proud parents when their children become software engineers, the same way that our parents were proud of their kids being doctors and lawyers. And that demonstrates the huge uprise of the tech sector over the past couple of years. Now, people are proud to say, “I’m a computer science engineer.” It wasn’t necessarily like that before.

It also correlates with the growing popularity and the amount of capital that’s being put into tech because that’s the most important part. Parents want their kids to get a degree that will give them the opportunity to have a good life. And tech is at that point where if I have to force my child to do something, I want them to be involved.

Thoughts on tech in Senegal?

When it comes to tech in Senegal, compared to the countries that we put in the report (Nigeria, Kenya, South Africa), we’re still a small ecosystem, but it’s starting to cook up. Companies are popping up here and there. Some are even expanding to other countries.

There’s still infrastructure that needs to be built, but it’s happening slowly. In the next 5 to 10 years, you’ll see a massive improvement in the number of tech companies and the ease for other companies to get started.

We’re also a Francophone country which is different from an Anglophone environment. Having experienced both environments, there are some notable differences. Culturally, the perception of entrepreneurship is different. In Anglophone countries, it’s easier for someone to jump and create a startup, while here, it’s still a relatively new concept. However, we’re moving in the right direction, and it is just a matter of time before it takes off.

Thank you! Your submission has been received!
Oops! Something went wrong while submitting the form.
More related stories, just for you
21 Helpful Tips for Becoming a Successful Software Developer
The State of User Research in Africa 2021